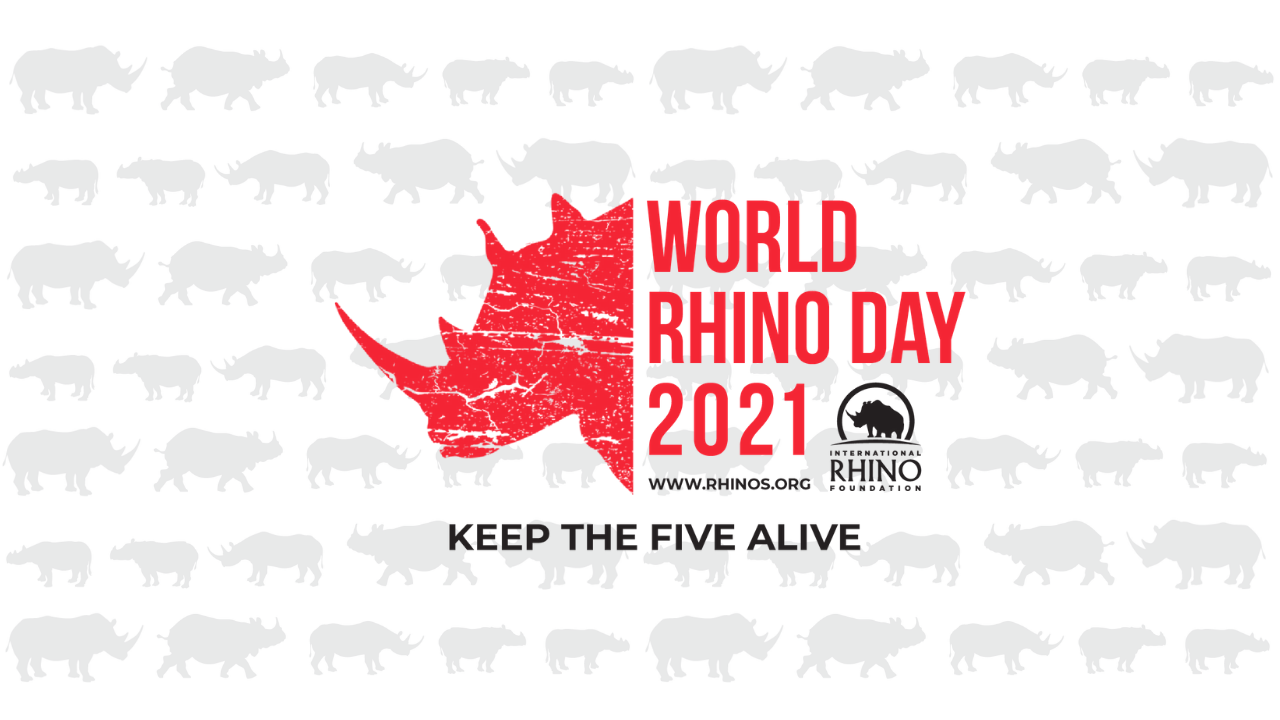 The past year and a half has been difficult for all of us, as we’ve navigated the devastating consequences of the global pandemic. We’ve faced unprecedented challenges in rhino conservation, particularly in Africa, where the loss of tourism income has had a crippling impact on many reserves’ ability to fund security operations.

Today, on World Rhino Day, we need your help to ensure vital rhino conservation efforts continue despite the ongoing pandemic. Please donate today and help us reach our fundraising goal of $20,000.

Rhinos have walked the earth for more than 50 million years and once roamed throughout Asia and Africa. At the beginning of the 20th century, the worldwide rhino population numbered 500,000 animals. Now, just 120 years later, only 28,000 survive. Though illegal poaching for horn has decimated rhino populations, particularly over the last decade, habitat loss caused by ever-increasing human populations also poses a severe and growing threat.

Deforestation and land clearance for human settlements and farms has already wiped out rhino populations in Bangladesh, Pakistan, Bhutan, Vietnam, Myanmar, Cambodia, Thailand, Laos, Cote d’Ivoire, Ghana, Burkina Faso, Togo, Nigeria, Chad, Benin, the Central African Republic and Sudan. In the few places in the world where rhinos survive – the islands of Java and Sumatra in Indonesia, India, Nepal, and southern and eastern Africa – they are being pushed into increasingly small and fragmented habitats.

It’s an incredibly destructive circle – as forests and grasslands disappear, rhino populations dwindle. And as rhinos die, habitat loss accelerates, because rhinos actually help build the ecosystems in which they live. Rhinos disperse the seeds of grasses, plants and fruit they’ve eaten through their dung, in essence, “planting” trees and grasses themselves.

The International Rhino Foundation is working in partnership with local communities and local governments to reverse this cycle by creating new homes and new habitats for all five rhino species. Throughout Africa and Asia, we are replanting forests, removing invasive species, restoring degraded farmland and turning it into suitable habitat, and moving rhinos back into areas where they previously roamed (under intensive monitoring and protection of course).

Please consider making a donation today in celebration of World Rhino Day to support new homes and new habitats for rhinos in Africa, India and Indonesia. Your donation will ensure all five species of rhino have suitable habitat with room to grow for future rhino generations.

With your help, we will continue to create new homes for all five rhino species, ensuring that these magnificent animals, along with so many others that share their habitats, will survive and thrive.

We hope you’re having a great World Rhino Day, please visit our World Rhino Day page for more on today’s events and see our blog post for more ways to help rhinos. Thank you Team Rhino!