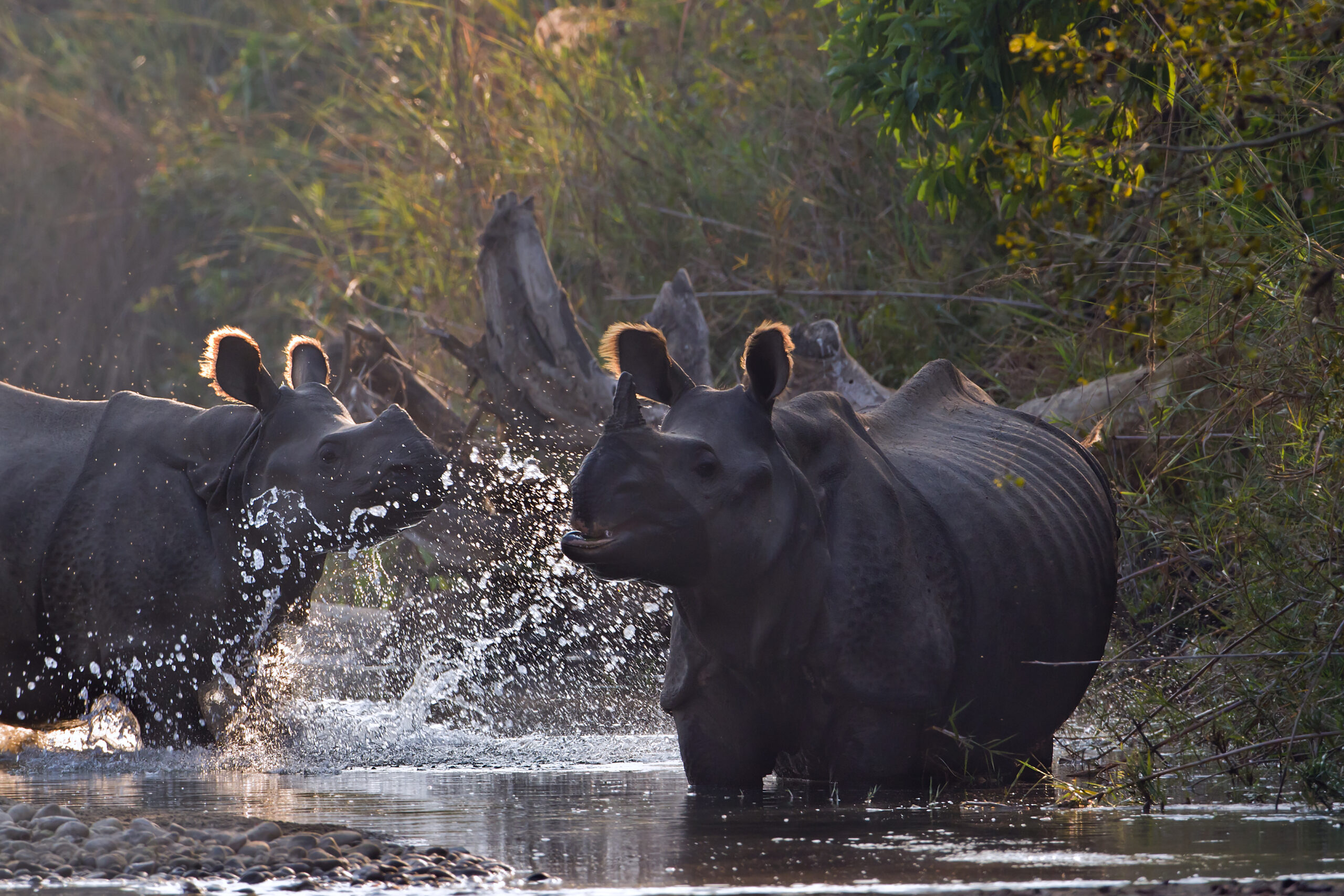 our work>> where we work

IRF expanded our greater one-horned rhino conservation program to Nepal in 2021 by making our first grant to the National Trust for Nature Conservation (NTNC). The project has so far helped remove invasive plants and restore rhino habitat in Chitwan National Park, home to the second largest population of greater one-horned rhinos in the world. Over the next two years, NTNC will remove invasive plant species from 625 acres of grasslands. Funds will be used to pay the wages of local community members, who manually uproot invasive species, and for supplies such as grasscutters, fuel, camera traps and batteries, as well as staff salaries of NTNC to monitor wildlife activity across the project sites.