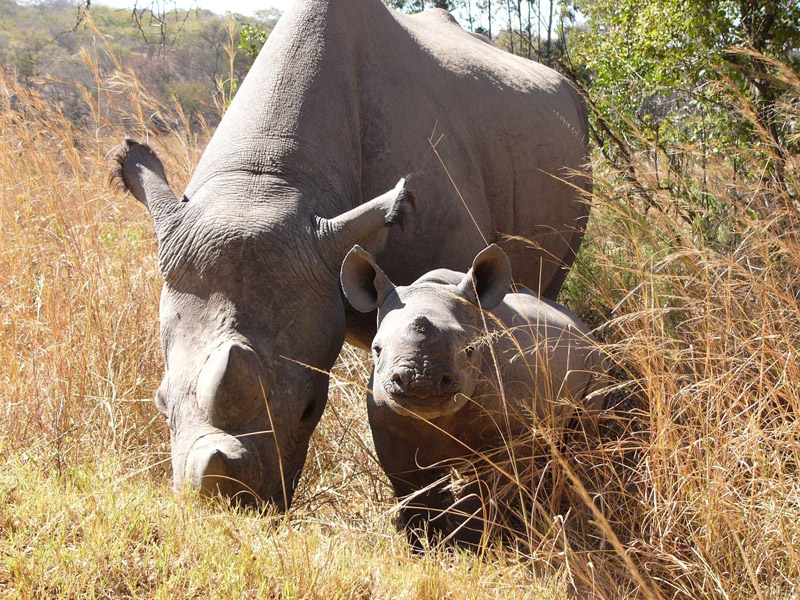 our work>> where we work

The International Rhino Foundation (IRF) announced its first ever grants to support conservation efforts of rhinos in Namibia. IRF will support work by Save the Rhino Trust Namibia (SRT) to establish a rhino ranger program in the San community in northeast Namibia.

IRF funding will help SRT expand the innovative Government-led Black Rhino Custodianship Programme and the Community Rhino Ranger (CRR) Incentive Program. Engaging and empowering local people in rhino protection efforts has always been central to the community-based rhino conservation model continuously evolving in north-west Namibia under a partnership with the Ministry of Environment, Forestry and Tourism.

The CRR Incentive Program was spearheaded by SRT and initiated in 2012 at the onset of the poaching escalation in Namibia.  The program enables the Custodians, who appoint and employ their own Rhino Rangers, to maximize local-led monitoring and income-generating opportunities from rhino conservation.

The San people have traditionally been left out of mainstream education and formal training, but have powerful tracking skills. The program is designed to marry these exceptional skills with training in modern conservation technology to empower the people who live with and know wildlife the best.

The CRR program will recruit and train rangers from the local community to increase protection and monitoring for both black and white populations in the region. Salaries paid to the new rangers will have a tangible economic impact to the community. Namibia has also been a leader in funneling tourism income back to local community conservation efforts. These activities have fostered local ‘rhino pride’, increasing the safety for rhinos and other wildlife.

Save the Rhino Trust’s (SRT) area manager Martin Nawaseb’s skills as a master rhino tracker were put to the test like never before.