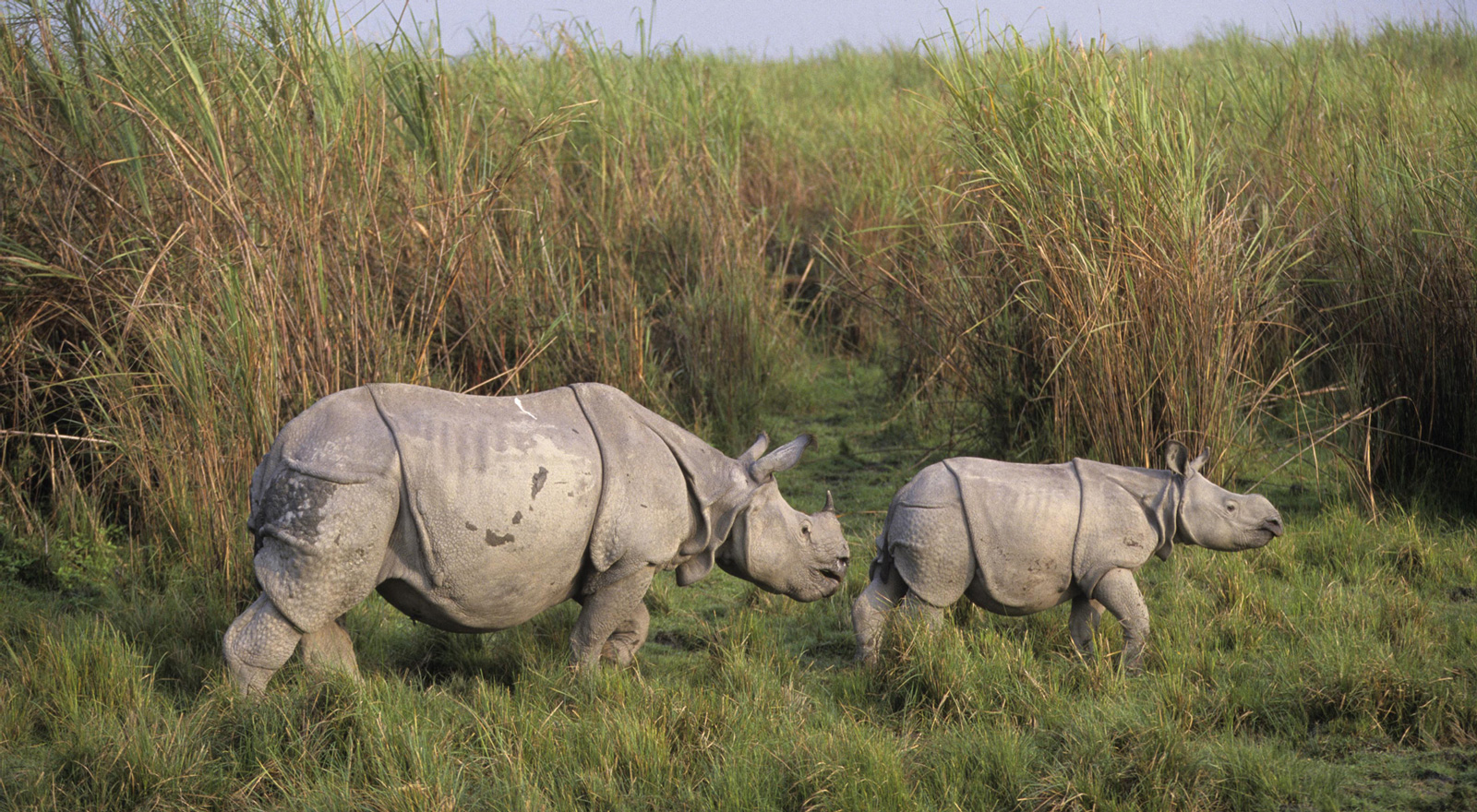 There is no roadmap for ensuring the survival of rhino species, and there is more work than we can ever accomplish in our lifetime. However working together with our partners, we can achieve our goals. We applaud everyone’s commitment to ensuring that all five rhino species survive for future generations. IRF takes the approach of maximizing options and minimizing regrets, tackling the challenges facing rhinos using multi-faceted strategies. For all five rhino species, the highest priorities are also the most basic: bolstering anti-poaching activities or “boots on the ground”, maintaining intensive monitoring and active management of wild populations, and working with local communities.

Protecting Rhinos In The Wild

Protection and monitoring are key to rhinos surviving in the wild. More than one rhino is killed by poachers each day in Africa. IRF supports monitoring and protection activities in southern Africa and funds Indonesia’s Rhino Protection Units. In India, wildlife crime training has been implemented to help forestry officials better coordinate investigations.

In addition to continued protection, habitat management is critical to the success of rhinos. IRF supports programs and hires local workers to remove invasive species in Indonesia and India. In Sumatra, Indonesia, IRF is working with Way Kambas National Park to replant three sections of rainforest that were degraded.  In India and Nepal, we work with local partners to remove invasive species and restore habitats for wildlife.

Partnering With Local Communities In Conservation

Working in local communities, IRF ensures that people living close to rhinos – who often are struggling as a result of poverty and environmental degradation – will serve as active partners in wildlife protection and reap direct benefits from conservation efforts. IRF supports programs in South Arica, Zimbabwe, India and Indonesia that provide economic support, education, and other support, engaging local populations as a partner in conservation efforts.

In 1996, the International Rhino Foundation (IRF) built the 250-acre Sumatran Rhino Sanctuary in partnership with local NGO Yayasan Badak Indonesia (YABI), who currently manages the SRS, the Indonesian Ministry of Environment and Forestry, Way Kambas National Park and Taman Safari International. Located in the heart of Way Kambas National Park on the island of Sumatra, the SRS is home to the only reproductively viable captive Sumatran rhinos in the world. The facility’s eight resident rhinos reside in large, natural rainforest habitats and receive state-of-the-art veterinary care and nutrition.

IRF supports local programs that work to reduce the demand in China and Vietnam for rhino horn in the use of traditional medicine or as a status symbol. Strategic messaging addresses consumer perceptions that rhino horn is a status symbol, urging younger potential consumers not to consume rhino horn by generating a negative social stigma associated with its use and making positive associations with non-users. The project also educates medicinal consumers by emphasizing that rhino horn has no proven pharmaceutical value and is a waste of money, while encouraging the public to educate others and report rhino crimes.

IRF has invested more than $2 million in research grants to support rhino conservation.