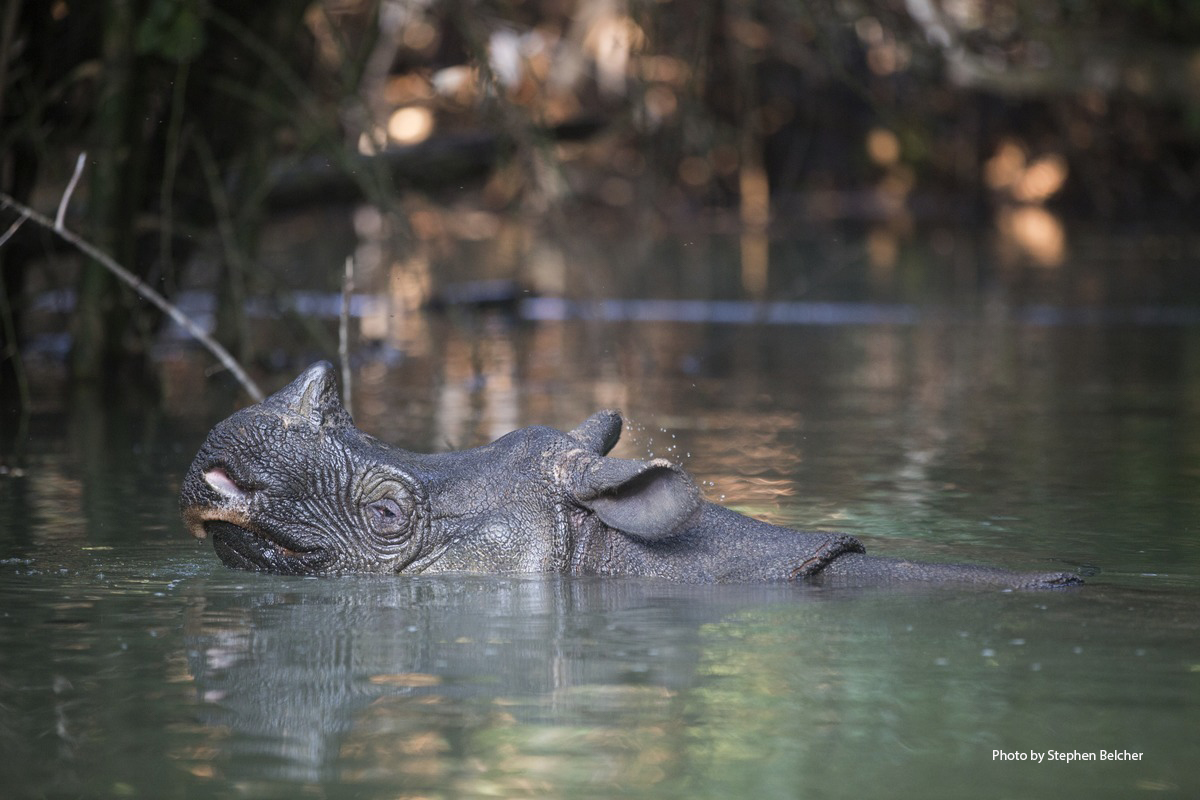 our work>>where we work >> Java

IRF works with our local partner, the Rhino Foundation of Indonesia (Yayasan Badak Indonesia or YABI), and the staff of Ujung Kulon National Park to protect the world’s only population of Javan rhinos while also working to expand the species’ habitat in Indonesia.

Indonesia’s Ministry of Environment and Forestry (MOEF) estimates the Javan rhino population at 76 individuals in 2022, a small increase over last year’s 75, with one birth and no deaths reported so far this year.

Javan rhinos are found only in Indonesia’s Ujung Kulon National Park (UKNP), where ten years ago there were fewer than 50 Javan rhinos. The rhino population has gradually increased, with at least one new calf recorded every year since 2012.

Ujung Kulon National Park runs a comprehensive rhino monitoring program, tracking every individual Javan rhino. The monitoring program, which is supported by IRF and on-the-ground partner the Alliance of Forest Integrated Conservation (ALeRT), plays a critical role in the protection and management of this species and provides demographic data on the park’s Javan rhino population that can be used for population management. In time, the data will also guide decisions on which rhinos to move to a second site in order to reduce the species’ risk of extinction and allow for further population growth.

Javan rhinos face increased threats from human encroachment in UKNP and officials are concerned that this could lead to poaching incidents. The population is also threatened by limited habitat and potential natural disasters. IRF is working with the Indonesian Government, park officials and local partners to increase the amount of  suitable habitat available for Javan rhinos in Ujung Kulon so their population can continue to grow.

Rhino Protection Units, IRF, YABI and park staff operate five terrestrial and two marine Rhino Protection Units (RPUs) in UKNP. RPUs are highly-trained, four-person anti-poaching teams that intensively patrol key areas within the national park. The goal of the RPU program is to prevent the extinction of Javan rhinos and other threatened species and to protect critical habitats in Java through proactive prevention of poaching and habitat destruction.

Although the RPUs in UKNP have been very successful, protection in itself isn’t going to be enough to save the species from extinction. Over the long-term, the population needs to be spread out, with a second viable population established elsewhere in Indonesia. Our first step towards accomplishing this goal is to increase the habitat available in eastern UKNP so the existing population can expand and grow.

The RPUs patrol and survey on foot, motorbike, and by boat to monitor Javan rhinos and other threatened species through direct sightings, footprints, feces, wallows, and evidence of feeding. RPUs immediately remove any traps or snares discovered during patrols and investigate any illegal activity, including illegal hunting and fishing, illegal logging, and construction of camps or houses. If appropriate, the RPUs then collect evidence and help make arrests. RMUs track each individual rhino with camera traps, ensuring an accurate count of the population.

Habitat Management, In addition to protection efforts the National Park and YABI have developed the 5,000 hectare Javan Rhino Study and Conservation Area (JRSCA) in the Gunung Honje area, along UKNP’s eastern boundary. The continued survival of the Javan rhino depends on their population increasing in numbers as rapidly as possible, and this new area would provide more habitat to allow the population to increase under intensified management and protection. The study and conservation area eventually will serve as a ‘staging ground’ from which translocations to a second site can occur.

We have hired more than 150 people from surrounding communities to construct a 10-km perimeter fence along the study and conservation area to prevent encroachment, and to build three guard posts and a base camp for the RPUs that patrol the area. They have also cleared 170 hectares of the dominant Arenga palm to allow other native rhino food plants to recolonize the forests.

As the JRSCA habitat has been improved over the past several years, Javan rhinos from the population in the western section of UKNP have begun moving into the area on their own – as many as nine rhinos are now regularly using the habitat.

Make An Impact In Java

Learn about the Javan Rhinos of Java.

Help by adopting a Javan Rhino.

Donate to Save Javan Rhinos