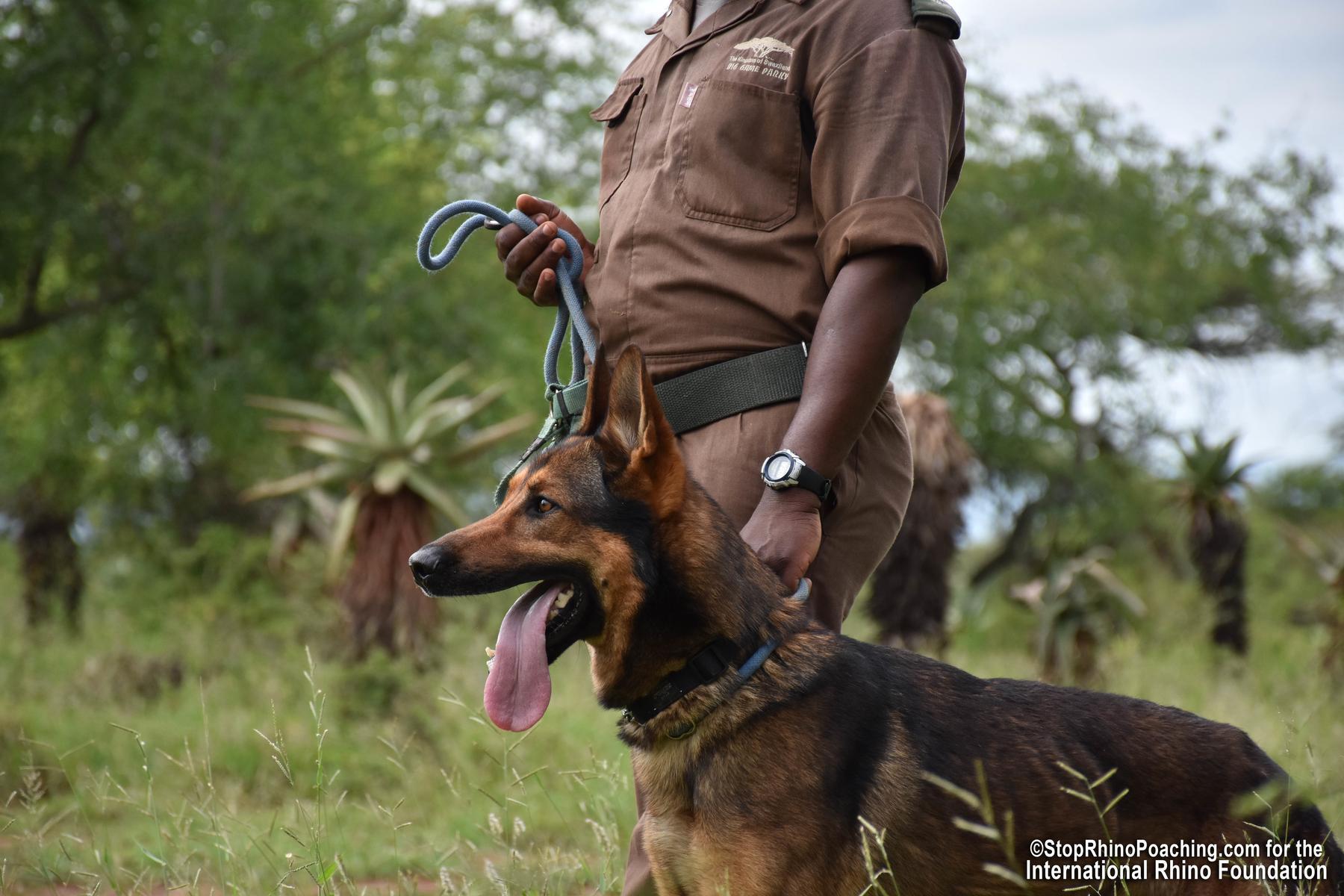 Dozer is a very special dog. He’s a German Shepherd/Belgian Malinois cross and now one of the newest frontline soldiers in the fight to save Africa’s rhinos.

By the end of 2016, 1,054 rhinos had been killed by poachers in South Africa alone, slightly fewer than the 1,175 rhinos slaughtered for their horns in 2015. About two-thirds of the killing has taken place in Kruger National Park, which shares 221 porous miles of its 621-mile border with Mozambique. However, as Kruger as ramped up its security, poachers have turned to other targets within South Africa, such as KwaZulu Natal and Eastern Cape Province, as well as to neighboring countries such as Zimbabwe and Namibia.

With our OPERATION: Stop Poaching Now program, we have raised more than $750,000 since 2012 to provide much-needed funding to high-priority anti-poaching projects in southern Africa. IRF has awarded several grants to critical projects in South Africa, Swaziland, and Zimbabwe, while also translocating rhinos to a new site in Botswana under a separate initiative.

As part of this initiative, IRF has partnered with South Africa’s StopRhinoPoaching.com to provide dogs trained to track poachers by following their scent in the bush, protect handlers and rangers, detect ammunition (which poachers often stash prior to a poaching event), and locate the horns of poached rhinos at road blocks and security check points. A well-trained dog and its handler are powerful weapons against wildlife crime. Dogs use their superior senses of smell and hearing, eyesight, and agility to sense and do things that people can’t. As poachers become more lethally armed, dogs provide vital early warning and safety systems for rangers and handlers. Their keen sense of smell and ability to track over long distances, in some cases for up to 48 hours, make them invaluable. Some rhino dogs are also trained to attack suspected poachers, biting and holding them while their handlers disarm and arrest them.

Rhino dogs are part of an integral part of a well-planned anti-poaching defense, complementing boots on the ground, special training and equipment, early warnings and community-based information, investigative and forensic techniques, and other methods. 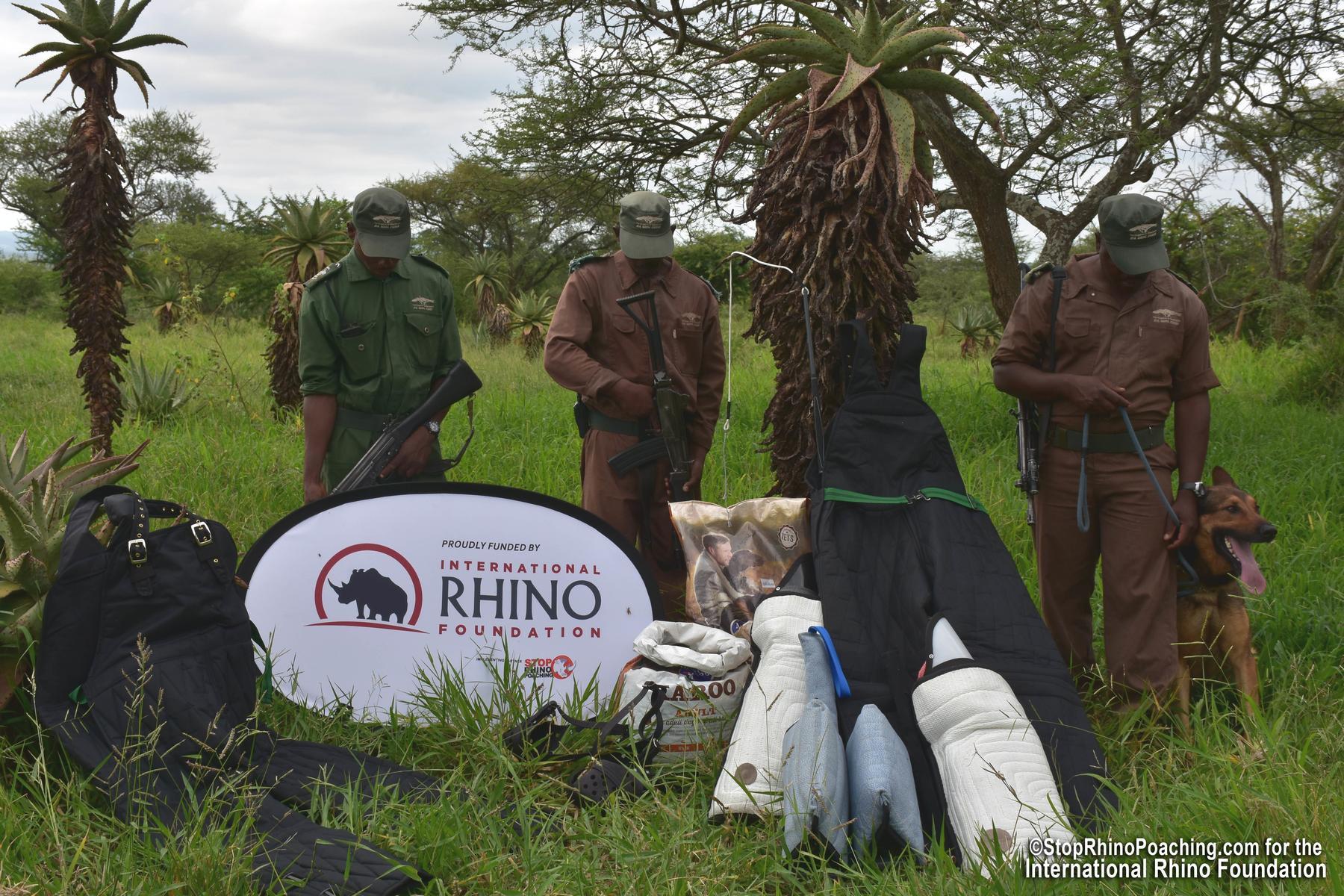 We’re excited about Dozer’s future and will be sharing more stories about him in the months to come. For more information or to help us put more of these four-legged rhino defenders to work, please click here.