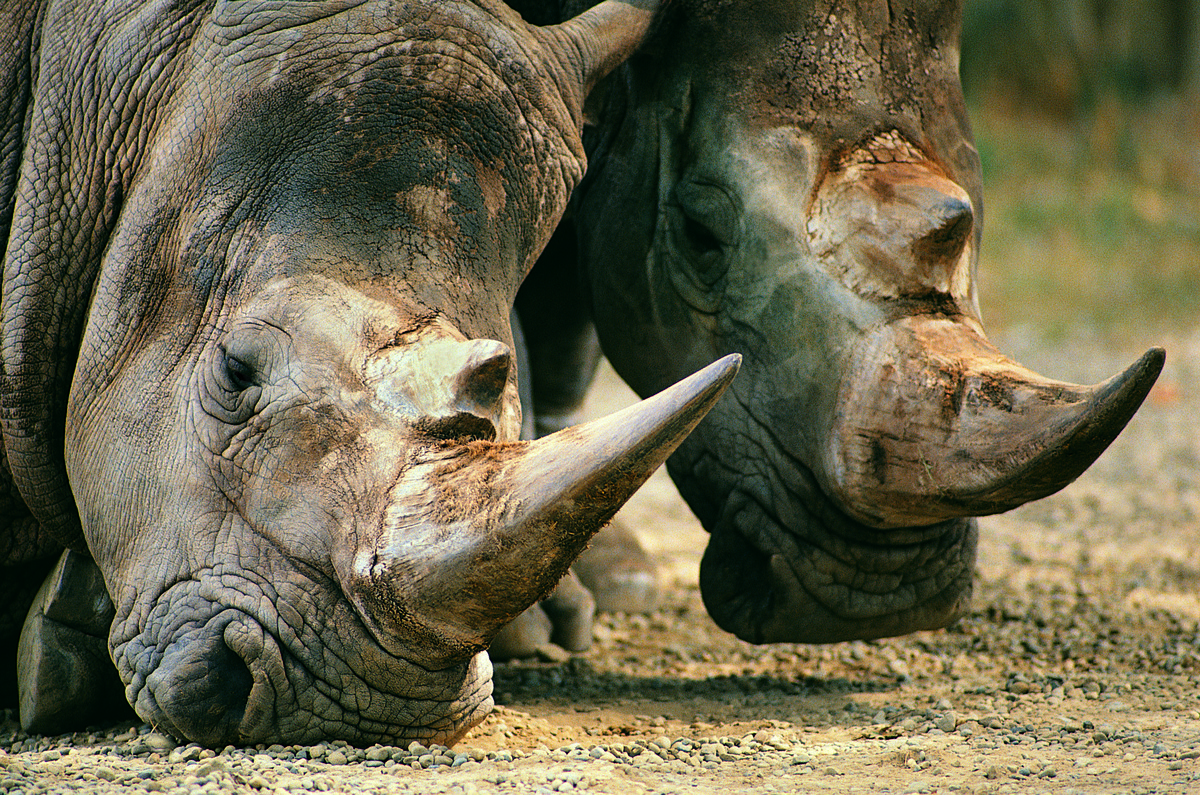 Rhinos are broadly split into two categories – grazers and browsers – based upon their style of feeding and the types of food they eat.

White rhinos are grazers who prefer grasses and typically feed low to the ground. Grazers might be likened to lawn mowers, heads held low and broad mouths sweeping the ground. The wide-mouthed white rhino of Africa is the consummate grazer. Short grasses are its favorite foods.

The black rhino, which may share African grassland or savanna habitats with its white rhino cousin, is a browser that consumes significant roughage, like the thorny branches of acacia or fleshy plants like euphorbia that produce noxious chemicals. Browsers favor leaves, twigs and hanging fruits, which often focuses their attention above eye level. Browsers are more like pruning shears, with narrower, prehensile lips reaching upwards into the trees. 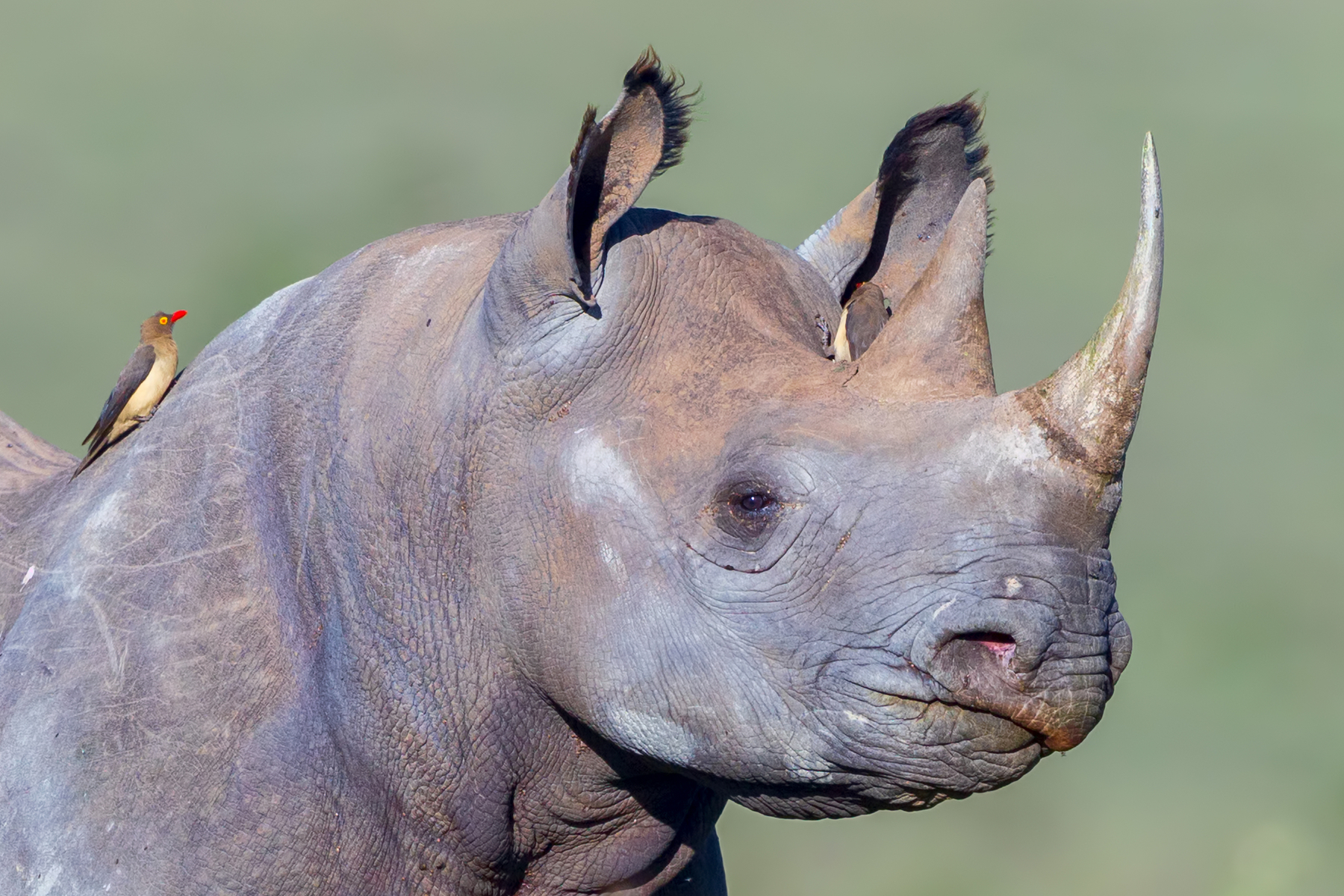 Tropical forest species like the Javan and Sumatran rhino are obligate browsers, surrounded by a diverse buffet of leafy plants. Hundreds of species comprise their diets. At the Sumatran Rhino Sanctuary, where the resident rhinos have access to large forest enclosures in which they’re free to browse (the verb), the animals are also given more than two dozen different kinds of browse (the noun) every day. Their eclectic diet includes wild relatives of species like coffee, rubber, breadfruit and poinsettia. They also seem to favor the aromatic leaves and bark of species related to common herbs and incenses – basil, mint, rosemary, sage, frankincense and myrrh. Some Sumatran rhino food plants are known to be excellent sources of vitamin C. Others produce toxic alkaloids that have been used by traditional hunters to produce arrow poisons. How they know which ones to choose and how much of each to eat is still to be learned. 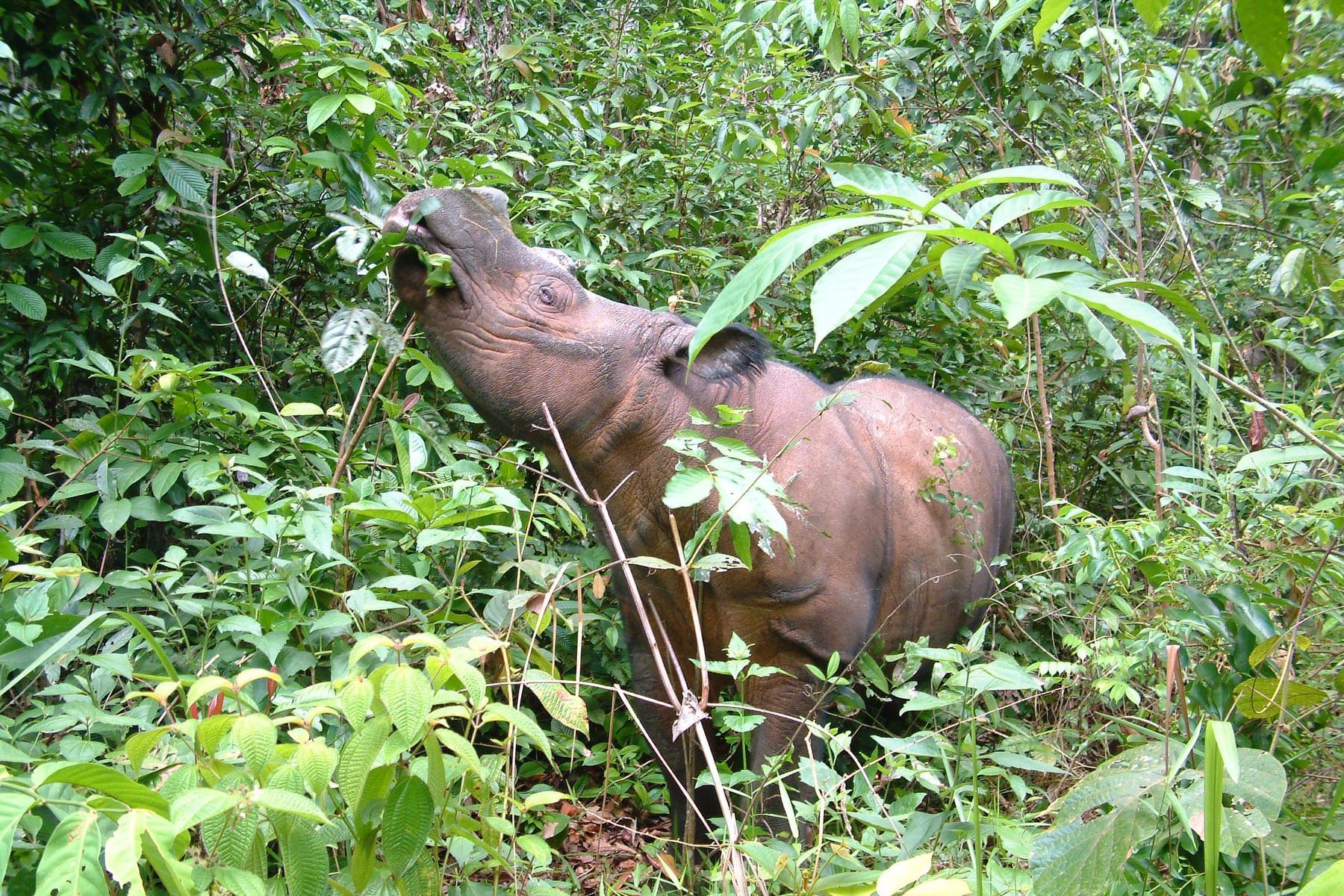