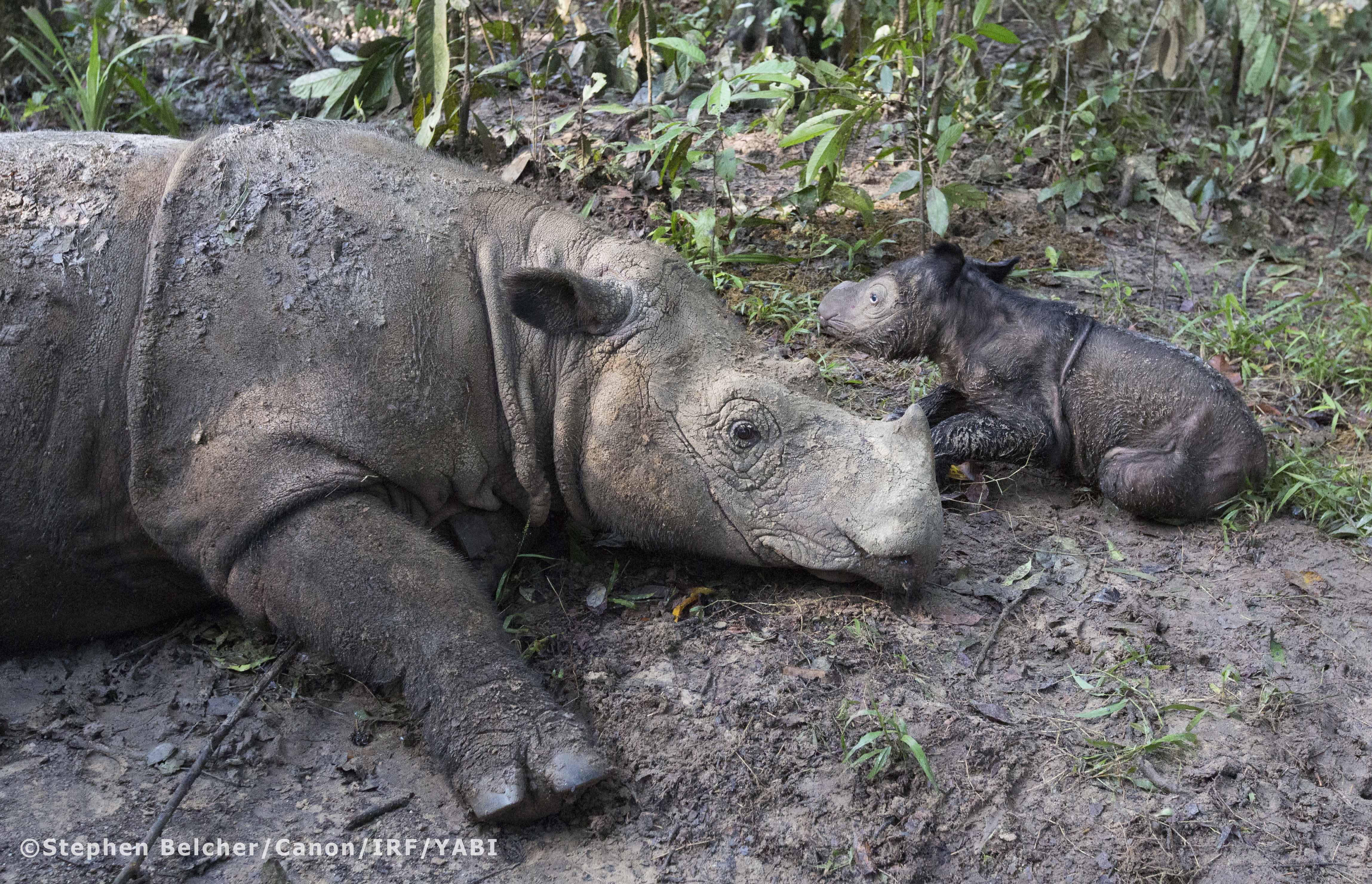 LAMPUNG, Indonesia — The International Rhino Foundation (IRF) is pleased to announce the birth of a female rhino calf born to Ratu, a 14-year-old Sumatran rhino living at the Sumatran Rhino Sanctuary (SRS) in Indonesia’s Way Kambas National Park. The calf was born on May 12 at 4:42 a.m. with no complications, attended by SRS veterinarians, keepers and a handful of international advisors.

Sumatran rhinos are critically endangered, and there are fewer than 100 left in the world. This is the second birth of a Sumatran rhino in an Indonesian facility in more than 128 years. Ratu made history in when she gave birth to her first calf, a male named Andatu, in 2012.

The International Rhino Foundation established the Sumatran Rhino Sanctuary in 1997, and this second birth shows that the expertise exists in Indonesia to contribute to the Sumatran rhino population’s growth. The Sanctuary’s dedicated staff are top-notch experts.

“We are overjoyed that Ratu delivered a healthy calf and are cautiously optimistic that the calf will continue to thrive,” said Dr. Susie Ellis, executive director of the IRF. “She’s absolutely adorable, and we haven’t stopped smiling since the moment we were sure she was alive and healthy. While one birth does not save the species, it’s one more Sumatran rhino on Earth.”

The calf weighs about 45 pounds and looks healthy and active. Dr. Zulfi Arsan, head veterinarian at the SRS, monitored Ratu weekly prior to the birth, weighing her and conducting regular ultrasound exams, using methods developed by the Cincinnati Zoo’s Center for Reproduction in Endangered Wildlife. The father, Andalas, was born at the Cincinnati Zoo in 2001.

“Ratu was restless for several days and took only about four minutes to deliver the calf in the last stage of labor. The calf stood within the first hour and began nursing within the first two hours,” said Arsan. “Once again, Ratu is showing us that she is a very good mother.”

To assist her in carrying the pregnancy to term, Ratu was prescribed a hormone supplement that was given orally every day. Andalas’ mother was given the same hormone at the Cincinnati Zoo.

The Sumatran rhino is seriously threatened by living in small, fragmented populations, continuing loss of its tropical forest habitat and hunting pressure from poachers, who kill rhinos for their valuable horns. The IRF also operates Rhino Protection Units in two of the four remaining habitats to ensure that the wild population and its habitat are protected.

Visit Ratu’s baby shower to support her and the baby during this exciting time! Donate to Ratu’s Baby Shower