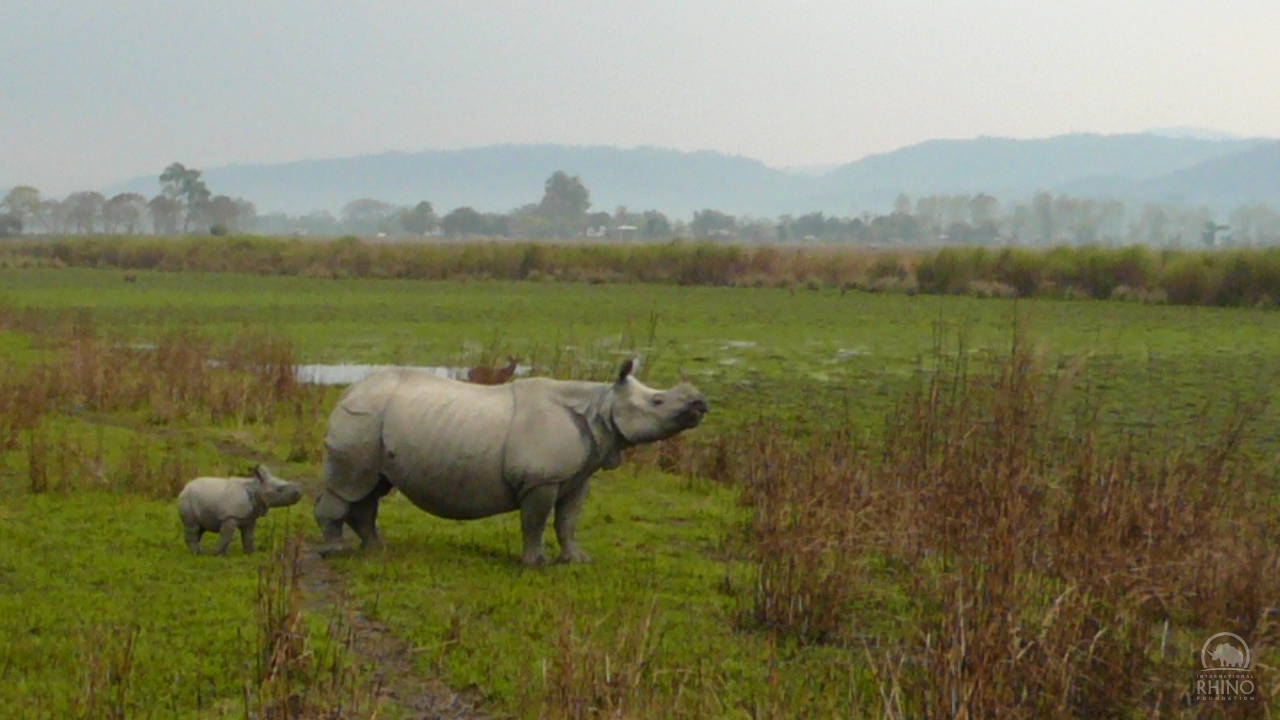 Thanks to strict protection and conservation measures enacted by regional and national-level governments in India and Nepal, and supported by donors and partners like you, the greater one-horned rhino’s recovery provides a blueprint – and hope – for other rhino species. Today, and throughout the month of May, you can help fight habitat loss and illegal poaching to keep rhino populations growing and to give new rhino calves the best possible chance for survival.

The greater one-horned rhino population is growing because the governments of India and Nepal have given rhinos the space they need to breed while also preventing poaching deaths. Over the past three years, the government of Assam has expanded the area of Kaziranga National Park (home to the world’s largest greater one-horned rhino population) from 430 square kilometers to 1,040 square kilometers. Earlier this year, it announced plans to increase Orang National Park by about 200 square km. With NGO partners, including the International Rhino Foundation (IRF), the government of Assam initiated translocation of rhinos within protected areas of Assam to give rhinos more room to breed. All rhino bearing protected areas are also closed to visitors during breeding season.

IRF also works with local NGOs Aaranyak (in India) and The National Trust for Nature Conservation (in Nepal), along with local communities, to control invasive plant species and assist native grasses to recover rhinos’ shrinking habitats. The end result of all of these programs is more space for rhinos and more rhino babies being born.

Last year, only 1 rhino was poached in the state of Assam – the lowest rate in over two decades.

The recovery of the greater one-horned rhino is a conservation success story – but the story isn’t over yet. The species is still classified as vulnerable and inhabits only a fraction of its former range. And, with rhino horn in high demand, well-armed, highly-organized gangs of poachers continue to threaten India and Nepal’s rhinos.

We’re celebrating rhino conservation success all month long – it’s not too late to join in and Go Wild for Rhinos! You can help us save the five species of rhinos by throwing a party fundraiser, making a donation, or spreading awareness for why rhinos are important.