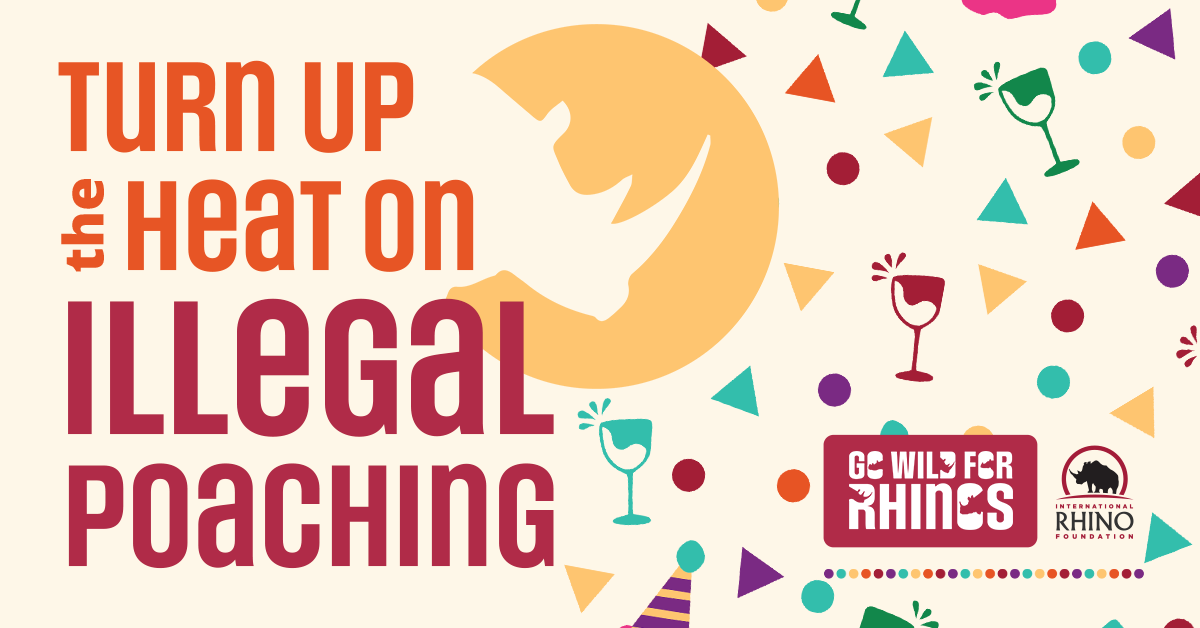 Today is the day – it’s time to Go Wild for Rhinos! Today, on 5/5, and throughout this entire month, we’re celebrating all five species of rhinos – Black, White, Sumatran, Javan and Greater One-Horned – with a special focus on new rhino calves and the hope they bring for their species.

But, even as we celebrate, we know that new births alone aren’t enough to save rhinos from extinction. As the covid pandemic and related travel restrictions ease throughout the world, poaching numbers are increasing, particularly in South Africa. With at least one rhino killed every single day by poachers, rhino populations are declining again. Today, and throughout the month of May, you can help fight illegal poaching, to keep rhino populations growing and to give new rhino calves the best possible chance for survival.

The newest Sumatran rhino calf in the world is six weeks old today! This little female calf, born to mother Rosa, is only the third Sumatran rhino calf born in captivity in Indonesia. She is the living, breathing result of a groundbreaking research and breeding effort undertaken at the Sumatran Rhino Sanctuary (SRS) in Way Kambas National Park, a 250-acre facility built by the Indonesian Ministry of Environment and Forestry, Way Kambas National Park, Taman Safari, Yayasan Badak Indonesia, and the International Rhino Foundation.

Rosa’s calf is one of fewer than 80 Sumatran rhinos left on the planet. Despite continued protection, the Sumatran rhino population has decreased by more than 70 percent over the past 30 years. Because most Sumatran rhinos now live only in tiny, isolated populations, they can’t find each other to breed.

Led by the Government of Indonesia, rhino experts from around the world have agreed that the only way to bring the Sumatran rhino back from the brink is to consolidate the widely dispersed, fragmented wild populations into managed breeding facilities like the Sumatran Rhino Sanctuary.

The new calf and the SRS’s seven other Sumatran rhinos live in large, natural rainforest habitats and receive state-of-the-art veterinary care and nutrition. This tiny population will serve as a “founder” group that can be used to repopulate protected areas in the wild.

With so few Sumatran rhinos left, every individual makes a huge difference. Today, on 5/5, we are thrilled to celebrate the newest Sumatran rhino, and the hope she represents.

There is still a chance to save the Sumatran rhino from extinction, but we must act now. Can you make a donation today, to support the breeding program at the Sumatran Rhino Sanctuary, and efforts to protect endangered rhino populations throughout the world?

Also, please join IRF and presenting sponsor Blue Rhino online today to Go Wild for Rhinos! You can party for a purpose today and throughout the month of May by hosting a barbecue, a porch party, or even an online happy hour to gather friends and family. Blue Rhino and IRF has created the Go Wild for Rhinos toolkit with great recipes and fundraising tips. You can also run an online fundraiser using the Tiltify platform. It’s easy! Create an account, set up and share your campaign with friends and family, and all donations made on your page will be transferred directly to IRF!