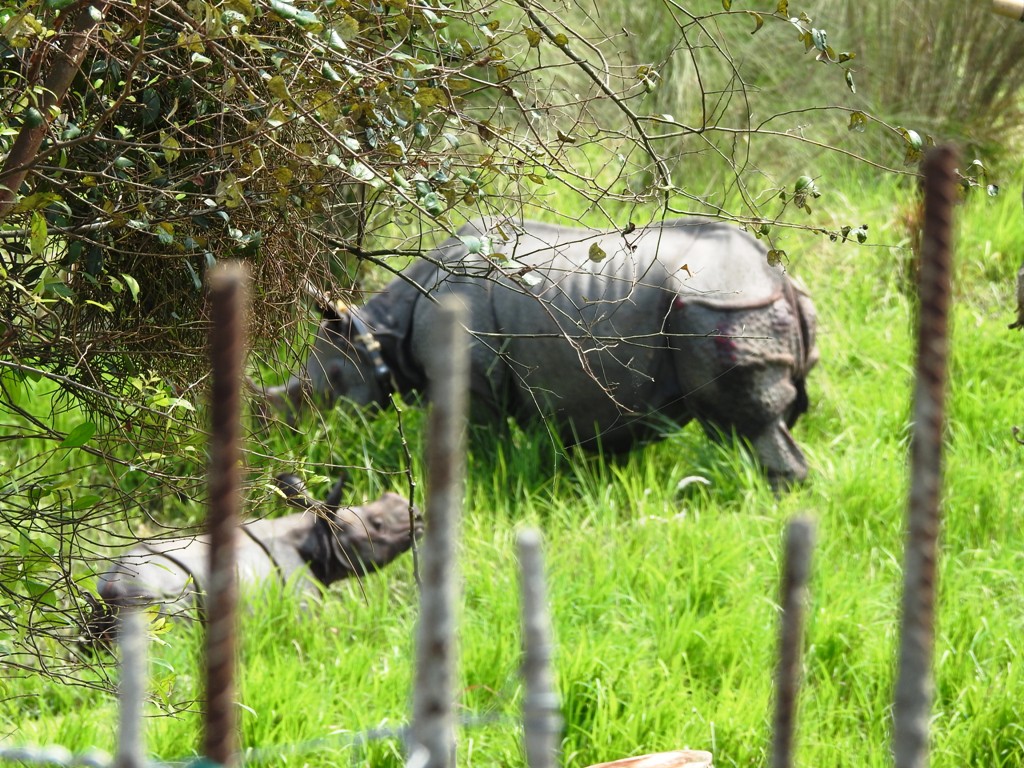 The second major phase of Indian Rhino Vision 2020 gained momentum on March 29, 2016 when a Greater One-horned rhino mother and female calf were captured in the Baguri Range of Kaziranga National Park and successfully translocated to Burhachapori WLS.

As part of the IRV 2020, the Burhachapri-Laokhowa Wildlife area is the second planned site for rhino re-introductions. After translocating 18 wild rhinos from Pabitora WLS and Kaziranga National Park to Manas National Park during 2008-2012, the next efforts are focused on translocating rhinos to Burhachapori-Laokhowa where a holding boma and a main boma had been constructed.

On March 29, 2016, work began in Kaziranga NP around 7:00 a.m. By 7:30 a.m., one mother and her female calf were successfully captured and then both rhinos were put inside crates and carefully loaded onto a truck for transportation to Burhachapori.

The truck with the two rhinos arrived at Burhachapori around 11:00 a.m and the preparations began for the move of the rhinos into their new boma.

On March 30 at around 9:00 a.m., the rhinos were released into their holding boma. First the calf and then her mother. Both mother and calf have settled down nicely in their new home.

The International Rhino Foundation has been one of the major partners of the IRV 2020 since 2005, who also partners with the World Wildlife Fund, the Assam Forest Department and Bodoland Territorial Council.

2 thoughts on “Beginning of new era of hope for rhinos in Burhachapori-Laokhowa in Assam, India”