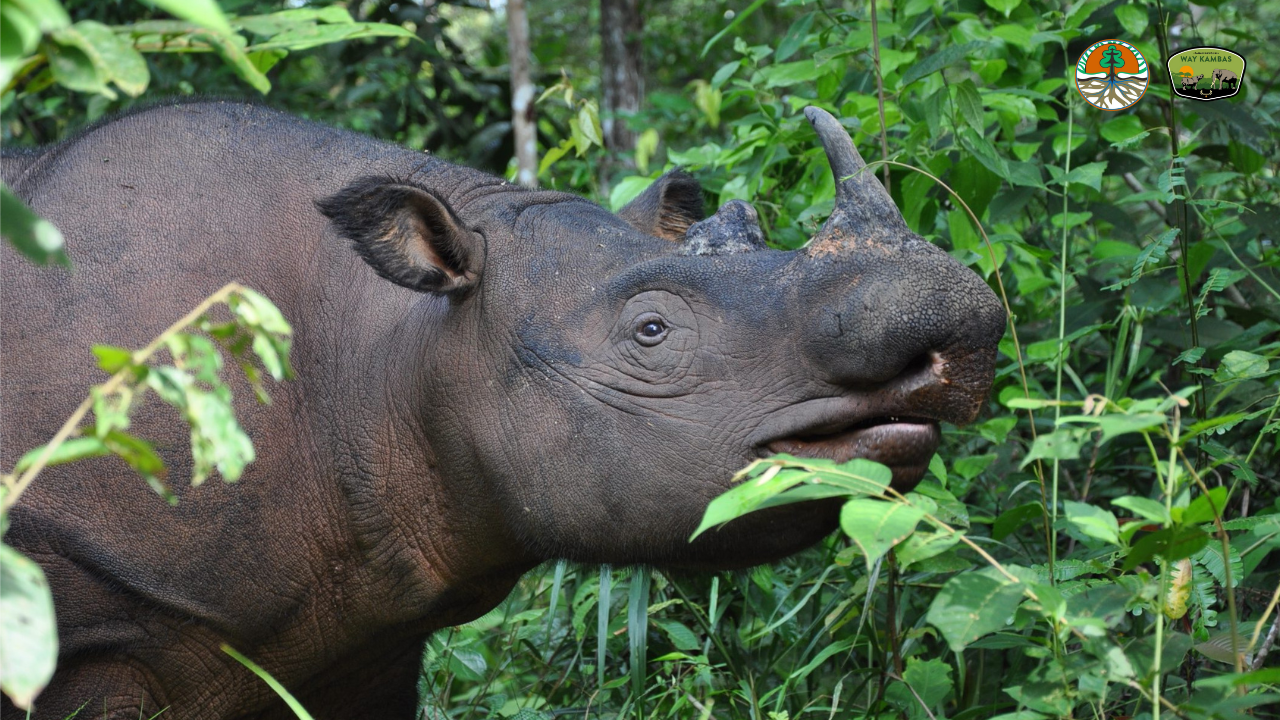 The lowland rainforest of Indonesia’s Way Kambas National Park shelters some of the world’s most endangered species, including Sumatran rhinos, tigers and elephants. But Way Kambas is also the only National Park in Indonesia with no buffer zone. Around 228,000 people live directly adjacent to the Park boundary – and they too depend on the forest for survival. The villages bordering the Park are largely populated by low-income farming families, earning just $700 – $1,000 per year. Local farmers frequently graze their cattle, goats and sheep in the Park, and sometimes encroach into the Park to hunt or collect forest products to sell for additional income. People also set fires in the Park to flush game from grasslands.

Because of this encroachment and habitat degradation, Way Kambas’ rhinos, tigers and elephants now primarily live in an area that only measures around 155 square miles. It’s an unsustainable situation for the Park’s wildlife, and for people living nearby. If the rainforest disappears, they’ll lose the critical ecosystem services and economic opportunities it provides.

We’re working to reverse this destructive cycle by partnering with Way Kambas National Park, the Indonesian Rhino Initiative and local farmers’ groups on a community-led reforestation and alternative livelihood program. Can you make a donation to the International Rhino Foundation today to protect rhino habitat in Indonesia and around the world?

Every donation will be matched, dollar for dollar, from now until December 31st.

Farming families are paid to grow and plant seedlings in degraded areas to reforest rhino habitat. These same families sign agreements not to encroach, set fires or graze livestock in the Park. Participating communities form patrol teams to monitor the sites, removing illegal wildlife snares and fighting fires. (The teams have observed wildlife already starting to use the newly planted sites – and they’ve even found tiger and tapir footprints!)

Based on community requests, we’re also helping farmers’ groups develop environmentally-friendly business programs to reduce pressure on wildlife habitat, including an eco-printing project for newly formed women’s groups and a program to process cassava and corn waste into animal feed, which reduces the need for farmers to graze livestock in the Park.

We’re incredibly proud of the impact local communities living around Way Kambas are making. By restoring and protecting the Park’s forests, they are creating a thriving ecosystem that will benefit rhinos and people. You can join them, and other communities around the world working to restore habitats and protect rhinos by making a contribution to IRF today.

A generous, long-time IRF donor has agreed to match every gift you make, dollar for dollar, from today until December 31st. That means for the rest of this year, your gift will go twice as far and make double the impact for rhinos and the communities living with them.

I WANT TO DOUBLE MY IMPACT FOR RHINOS

Rhinos – and the people working to restore their habitats – depend on you. Thank you for your help!

All contributions made to IRF before December 31 are tax-deductible under U.S. law – and there are lots of ways to give! You can become a monthly donor, donate stocks or securities, make a contribution from your donor-advised fund or – if you’re still looking for that last-minute holiday gift – adopt a rhino!

All images used with permission by the Indonesian Ministry of Environment and Forestry and Way Kambas National Park.