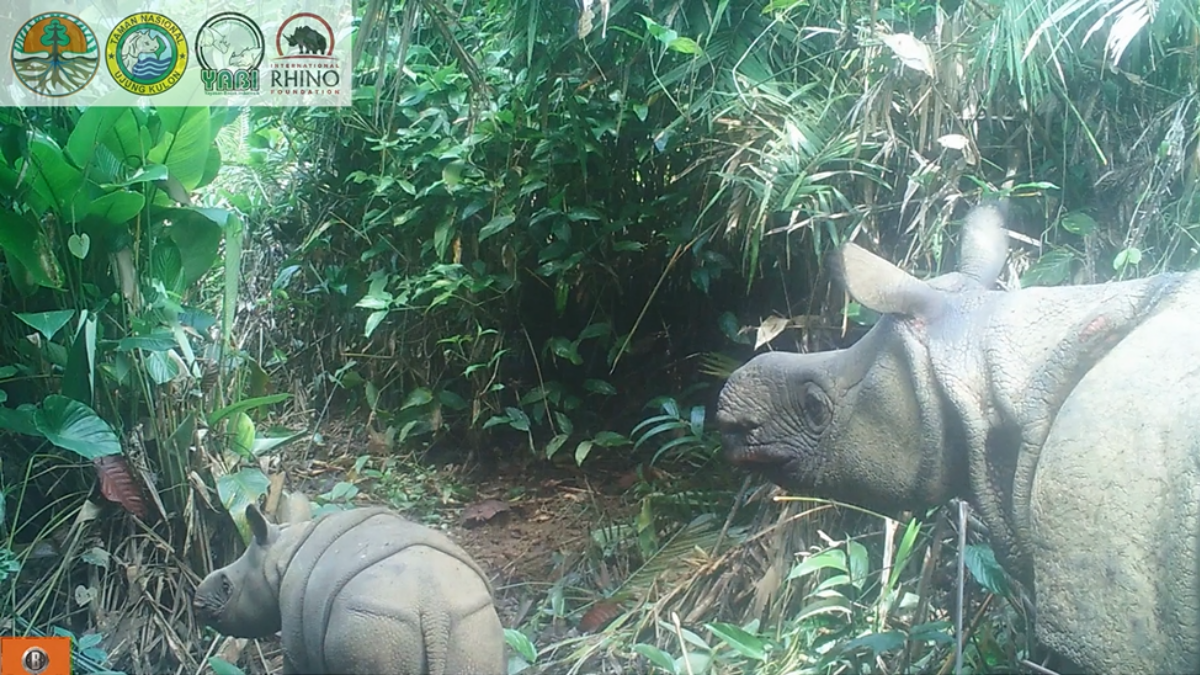 Just one day ahead of World Rhino Day we are thrilled to share that Indonesia’s Ministry of Environment and Forestry has announced that the world’s only remaining population of Javan rhinos has increased to 74 individuals in Ujung Kulon National Park (UKNP)!

The current count is the result of data collected through the end of August by park officials and represents an increase from 72 individuals reported in the last survey, including 2 new calves. Ten years ago, there were fewer than 50 Javan rhinos in UKNP, but with the park’s conservation efforts, the rhino population has been gradually increasing with at least one new calf every year since 2012.

Javan rhinos, one of five rhino species worldwide, are found only in Indonesia’s UKNP where the population appears to have stabilized, largely because they are guarded by Rhino Protection Units (RPUs). There has been no poaching in UKNP in more than 20 years.

“Photos and videos of Javan rhinos are rare, but this year has been unprecedented with this being the third amazing video released,” said Nina Fascione, IRF’s executive director. “New births and the increasing population of this critically endangered species is the result of the commitment of government and park officials to the protection of the Javan rhino and its habitat.”

The new calves spotted are one of each male and female. The male has been named Luther and the female was named Helen. There are now 40 males and 34 females in UKNP.

Tomorrow, September 22, is World Rhino Day. “World Rhino Day is a day we come together around the world to celebrate rhinos with awareness, education and critical support,” said Fascione.

Please join us in celebrating all five species of rhinos for World Rhino Day, we’ve got a schedule of virtual events and ways to spread awareness at: rhinos.org/world-rhino-day