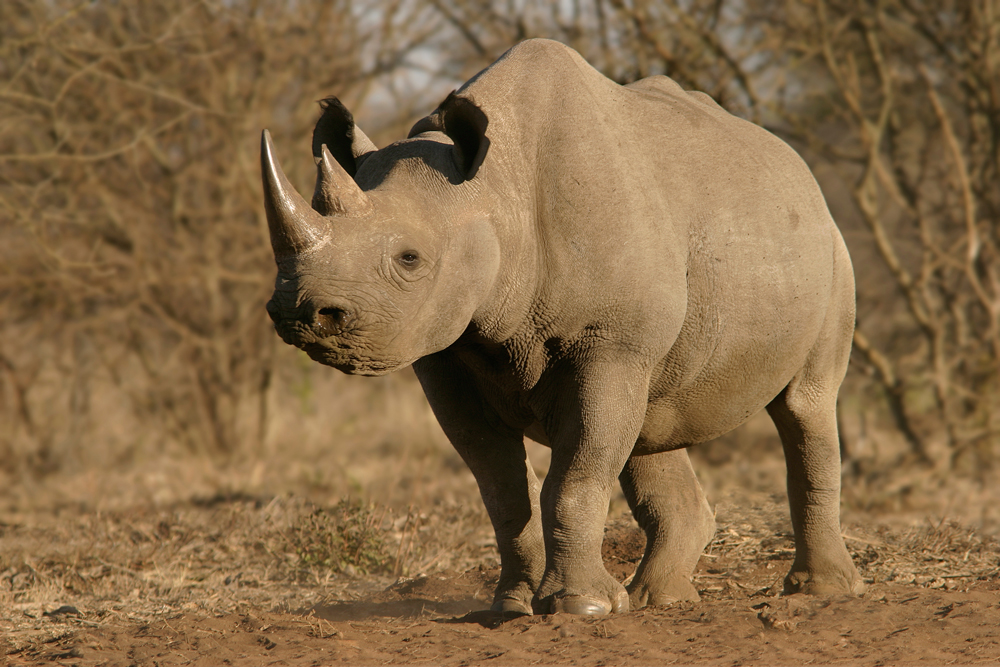 The black rhino has a prehensile upper lip that allows it to feed on trees and shrubs.

The black rhino also has no front incisor teeth, so it relies heavily on its lips to bring food to its mouth. By contrast, the white rhino, the other African species, has a long, flat upper lip that is designed more for grazing on grasses. The black rhino can be compared to a tree pruner and the white rhino to a lawn mower. The upper lips of the three Asian rhino species are also prehensile to some degree, and other mammals with prehensile lips include bears, giraffes, horses, llamas, moose and manatees.

One thought on “Think all rhino mouths are the same? Think again.”