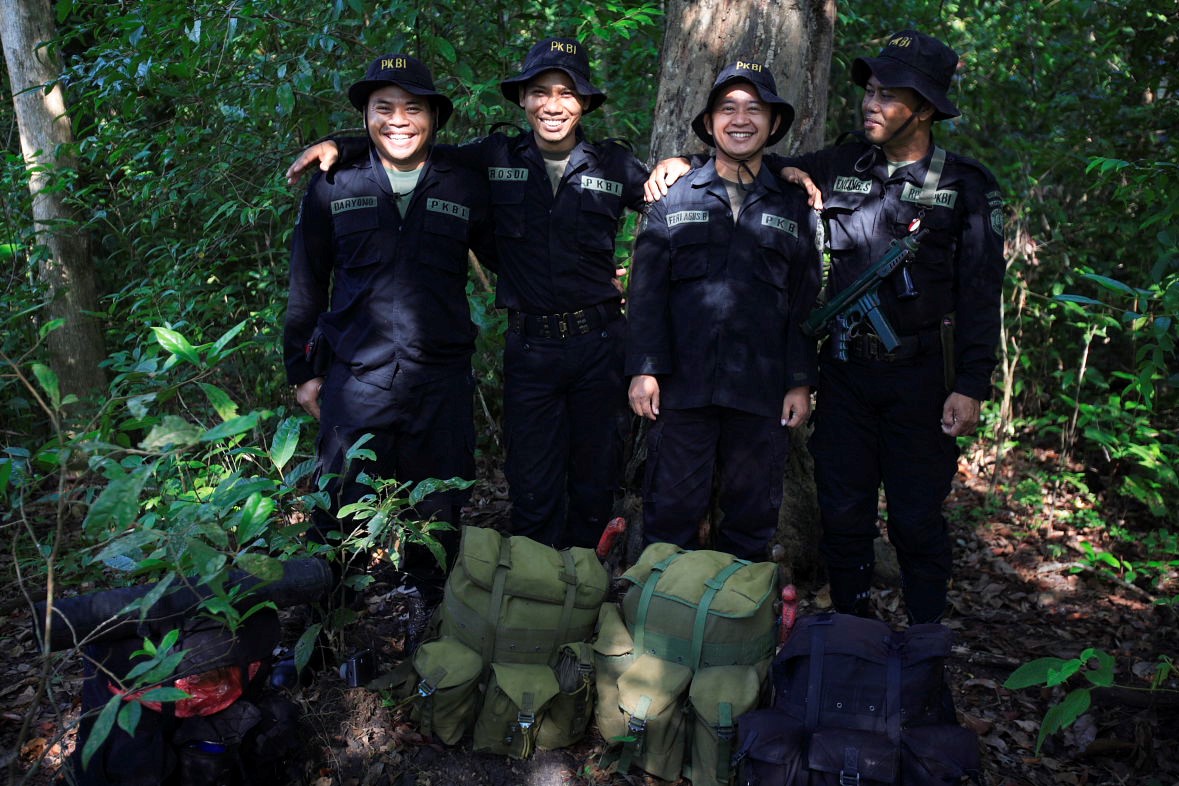 Funded by the International Rhino Foundation, RPUs are part of a long running partnership with Yayasan Badak Indonesia (YABI). Due to the incredible success of having RPUs in the national parks, this program has the full support of Indonesia’s Ministry of Forestry and Environment Republic of Indonesia. Sumatran and Javan rhino are “umbrella” species: protecting rhinos means that other animals sharing their habitat also benefit.

RPUs are stationed in Bukit Barisan Selatan, Way Kambas, and Ujung Kulon National Parks. The units act as extensions of law enforcement and assist with criminal investigations of wildlife crimes while surveying and monitoring rhino populations and other wildlife, such as tigers, elephants, tapir and sunbears.

Catching and prosecuting poachers is a difficult and dangerous business, but these brave men put their hearts and souls into the work, even with the high risk.  RPUs work closely with local communities to raise awareness and also, sometimes, to gather information about potential poaching threats.

For 23 years, RPUs have hiked  hundreds of miles annually, patrolling dense jungle habitat to prevent rhino poaching.. The cornerstone of our work to conserve rhinos in Indonesia,  RPUs expertly find signs of illegal poaching and dismantle snares and traps that threaten rhinos and other wildlife species.  It’s all in a day’s work.

Congratulations to these brave conservation heroes!