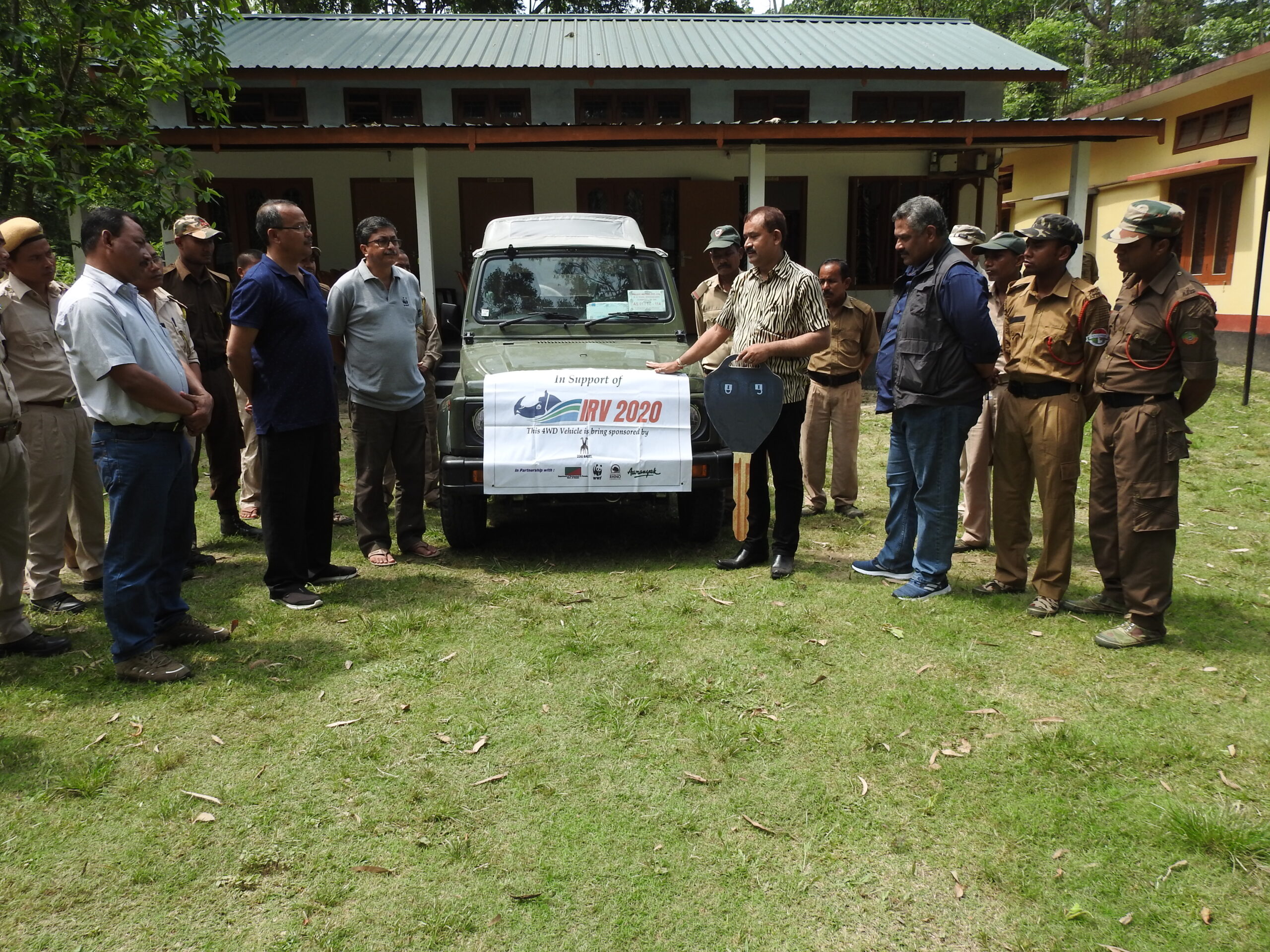 Greater one-horned rhinos are thriving in Orang National Park in Assam, India thanks to protection and habitat management efforts that have been implemented by a diverse group of partners.

The International Rhino Foundation (IRF) and Zoo Basel have partnered with Orang’s forestry officials as well as local and national government officials to strengthen protection and monitoring activities. As a result, no rhinos in Orang have been killed by poachers for the past three years.

The rhino population has grown to 101 from 68 counted in the 2006 census. The success has led to the park to be called the “Little Kaziranga” in reference to Kaziranga National Park which holds the largest population of greater one-horned rhinos in India.

Orang is located on the northern bank of the Brahmaputra River. Human settlements were abandoned in the area due to high rates of disease, and wildlife, including water buffalo, elephants and tigers in addition to rhinos, have flourished. Three rivers border the park and join the Brahmaputra, creating a vital flood plain biodiversity hotspot.

“The wetlands are a stronghold for rhinos, and they thrive with an abundance of food,” said Bibhab Talukdar, IRF’s senior advisor for Asia. “Protection and habitat management, including the control of invasive species, will ensure the population continues to grow.”

In 2017, key protection investments were made through a grant from Zoo Basel and IRF. The funding was used to purchase additional vehicles and a high-speed boat to patrol both land and water.

“The strategy of protecting the National Park from external influences is a very important one,” said Olivier Pagan, Director of Basel Zoo. “Since 2005, Basel Zoo has been donating around 40,000 Swiss francs per year to help protect the rhinos in Orang National Park. This makes a total of 600,000 francs that have gone to the project so far.”

In addition to the equipment upgrades, comprehensive workshops were conducted with more than 65 park staff. Patrol strategies, documentation procedures for sightings, wildlife crime best practices and even interactions with tourists were covered. Training has been continued to ensure that staff is prepared to handle the always evolving threats from poachers.

The continued recovery of the greater one-horned rhinos in India is a direct result of the coordination of local and national government coordination, setting a strong example for the world in protecting wildlife. IRF is proud to partner with Zoo Basel to support these local efforts.

“I am delighted that Basel Zoo is able to help ensure that the rhino population in Orang National Park grows and flourishes,” said Pagan.

The activities in Orang demonstrate that with strict protections and smart habitat management, ecosystems can recover, and wildlife will thrive. Orang can serve as a model as additional habitat is established for the greater one-horned rhino’s continued population growth.