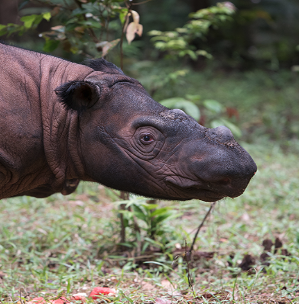 With more than 267 million people, Indonesia is the world’s fourth most populous country. It is also home to the Critically Endangered Sumatran rhino – a species so rare, with fewer than 80 individuals left, that only a handful of people have ever seen one in the wild. The Sumatran rhino survives in isolated protected areas, each surrounded by villages whose residents often encroach into the parks to live and farm – and sometimes to illegally hunt and cut down trees.

Rhino Protection Units (RPUs) in Sumatra spend at least 15 days per month on patrol in the forest, monitoring rhinos and tracking and arresting poachers and encroachers. But these rangers – all of whom are recruited from local communities near the parks where they work – also know that in order to protect rhinos and their habitats, they must work with local people to build support for rhino conservation.

RPU members help train local communities in new fields – like ecotourism, plant nurseries, coffee and cacao production, and honeybee farming – so they will not need to encroach into the parks to earn money. RPUs also conduct awareness programs at local schools and community centers, to teach people about the importance of protecting wildlife. 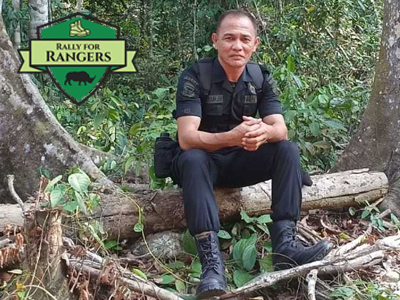 How long have you been a ranger?

My name is Balyan Irawadi. I am from Labuhan Ratu, Lampung Timur District, Lampung Province. I have been  working as a ranger for 16 years.

Why did you decide to become a ranger?

It was always my goal to become an RPU member. When I was in high school, I met an RPU member and was amazed to learn about their activities.

What do find most fulfilling about your work?

The most fulfilling thing would be if the population of Sumatran rhinos increases in Way Kambas. I have met directly with rhinos three times. The last meeting was in 2013, when I saw a rhino calf that was 10 days old, and also I saw the birth location.

What’s the hardest part of your job?

I have had many difficult experiences in the forest. Other team members have gotten very sick in the forest. When we catch poaching suspects, we have to take them out of the forest and hand them over to the police. Also, during the dry season, it is hard to find good drinking water.

What’s your most memorable story from your job?

When we were chased by elephants, chased by bears and stung by bees – funny and dangerous experiences.

How many people live near Sumatran rhino habitat? What do these people do to earn income?

In Way Kambas, there are about 34 buffer villages directly adjacent to the national park. Many people go into the park illegally to look for firewood, or to fish, or to poach small animals, all to earn money.

Why is it important to work with local communities living near Sumatran rhinos?

It is necessary. Our job is to inform them that their activities are prohibited.

What type of activities do you conduct with local communities? Do you help them improve agriculture, sell products or find other jobs?

Our activities include: assisting communities with raising honeybees and livestock and starting ecotourism projects, and giving awareness programs at schools. We help communities understand that the national park not only belongs to the RPUs or the government, but is our common property and we must protect it.