We have carefully considered how to tell the story of the unspeakable fate met daily by poached rhinos. While we don’t usually show graphic content, we believe that you as our supporter deserve to see, once in a while, what and whom we’re up against. We’ve invited our colleague Mick Reilly, Head of Conservation and Security from Big Game Parks in the Kingdom of Swaziland, to share his first-hand experience with the poaching crisis as part of an in-depth article in multiple parts to be published on the IRF blog. Here is Swaziland’s story.

Guest post written by:
Mick Reilly, Head of Conservation and Security
Big Game Parks in the Kingdom of Swaziland

After 20 years free of rhino plunder, the poaching of two rhinos in Swaziland in 2011 came as a shock to many Swazis. With the escalating threat to rhino security in the region, and the public support given to poachers by some individuals and a certain local NGO, it was just a matter of time before Swaziland’s rhino defenses would be put to the test again.

The events that unfolded when Swaziland’s two most recent rhino killings occurred on June 3 and September 27, 2011 illustrate the dangers rangers face from these highly organized and mobile international criminal syndicates involved in rhino poaching.

In South Africa, the Songimvelo Rhino Poaching Syndicate is alleged at the “ground level” to consist of at least 10 individuals who are the poachers and primary traffickers of their ill-gotten plunder. They are thought to supply higher-level traffickers and smugglers in a network that spans from Swaziland, South Africa, Mozambique and Zimbabwe to Vietnam and China. 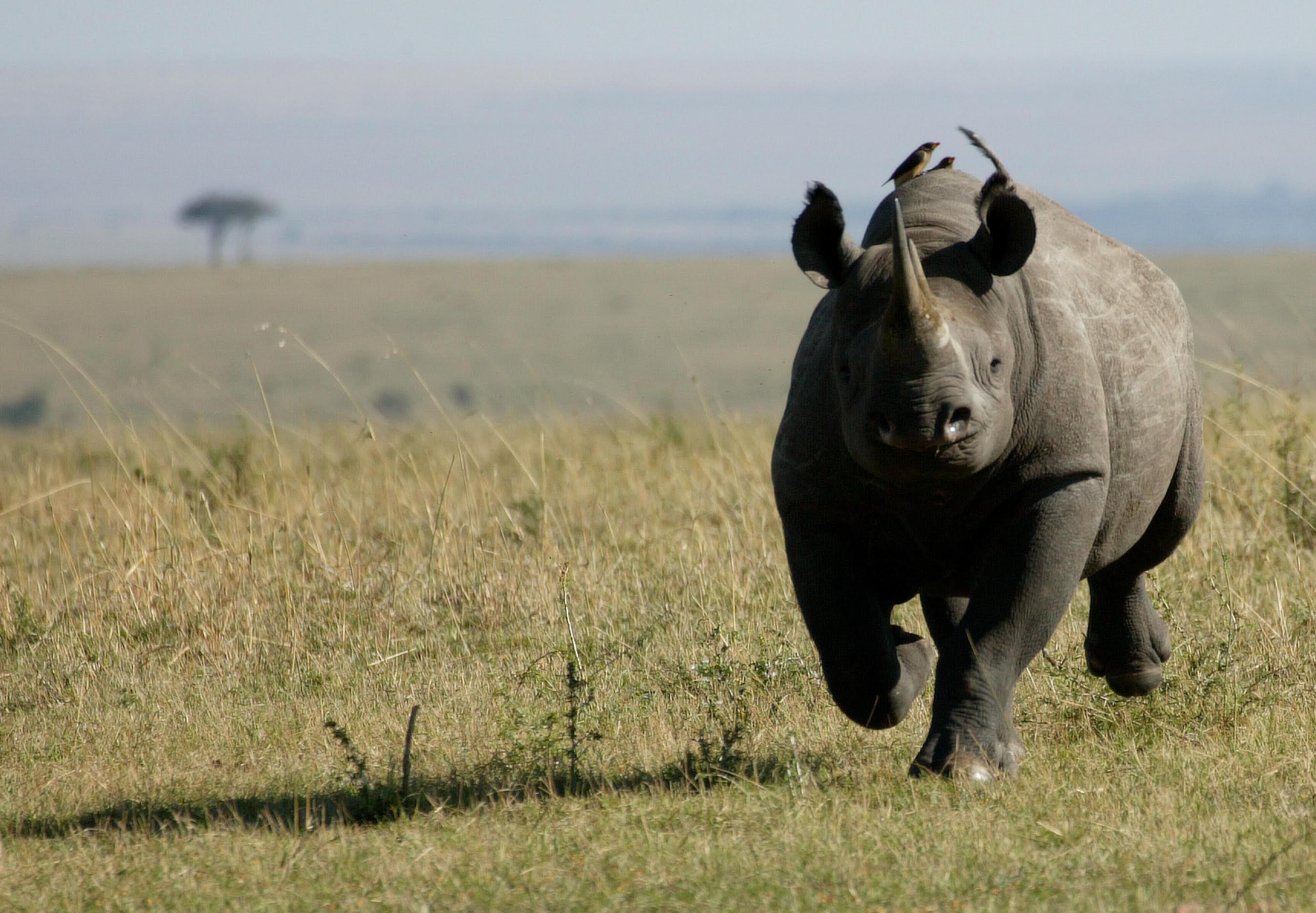 Two Brothers of the “Songimvelo Syndicate”
At a local level, the Songimvelo syndicate is thought to mushroom by moving into new areas and recruiting local knowledge (in Swaziland’s case, a disloyal and treacherous former ranger and his “Reverend” uncle). With new recruits, they then plan and execute rhino poaching crimes. In Swaziland, both of the rhinos poached in 2011 were almost certainly killed by the syndicate represented by two brothers and at least three other known South African criminals.

During both poaching incursions, the suspects were armed with multiple high-velocity weapons. At the scene of the first rhino carcass, tracks showed that one of the poachers clearly separated from the group to cover his accomplices while they removed the horns from the dead rhino. Had the rangers arrived on the scene at that time, they are sure to have walked into a hail of bullets from the strategically positioned cover man, reliably believed to have been armed with an AK-47 assault rifle, later recovered at another crime scene in South Africa.

In the case of the second poached rhino, at midnight, a group of rangers reacting to the shooting passed within 50 meters of the poachers, who then slipped out of the park after the rangers had passed. This group of three poachers were killed in a shoot-out with the police less than 24 hours later. We will never know why they did not open fire on the rangers, although it is likely that they probably felt there was no need to risk opening fire as they could not see the rangers at that distance in the darkness, and the rangers were passing rather than walking onto their position. It is anyone’s guess what would have transpired if the rangers had engaged the poachers in the bush on that fateful night. What is certain, however, is that human lives would likely have been lost had a fire-fight erupted.

On April 2, 2009, a 26-year-old South African male, was arrested for the illegal possession of a high-caliber firearm and the poaching of five rhinos at Songimvelo Nature Reserve, Mpumalanga, South Africa. Ten different cases against this suspect were opened at various regional police stations. He was granted bail in the subsequent hearing and then went on to kill or wound another seven rhinos in Songimvelo, as well as at the nearby Nkomazi Wilderness Reserve. A total of 12 rhinos were killed and an additional three orphaned calves subsequently died. This man had previously been employed as a game ranger at Nkomazi Wilderness Reserve.

Follow the IRF blog over the next few weeks for rest of Profile of a Poacher series. Again, please be advised that this series contains graphic content that may be disturbing.

You can help bring these criminals to justice by supporting our work in Africa. Every gift, large or small, helps. Every gift allows us to do more.

One thought on “Portrait of a Rhino Poacher, Part 1”