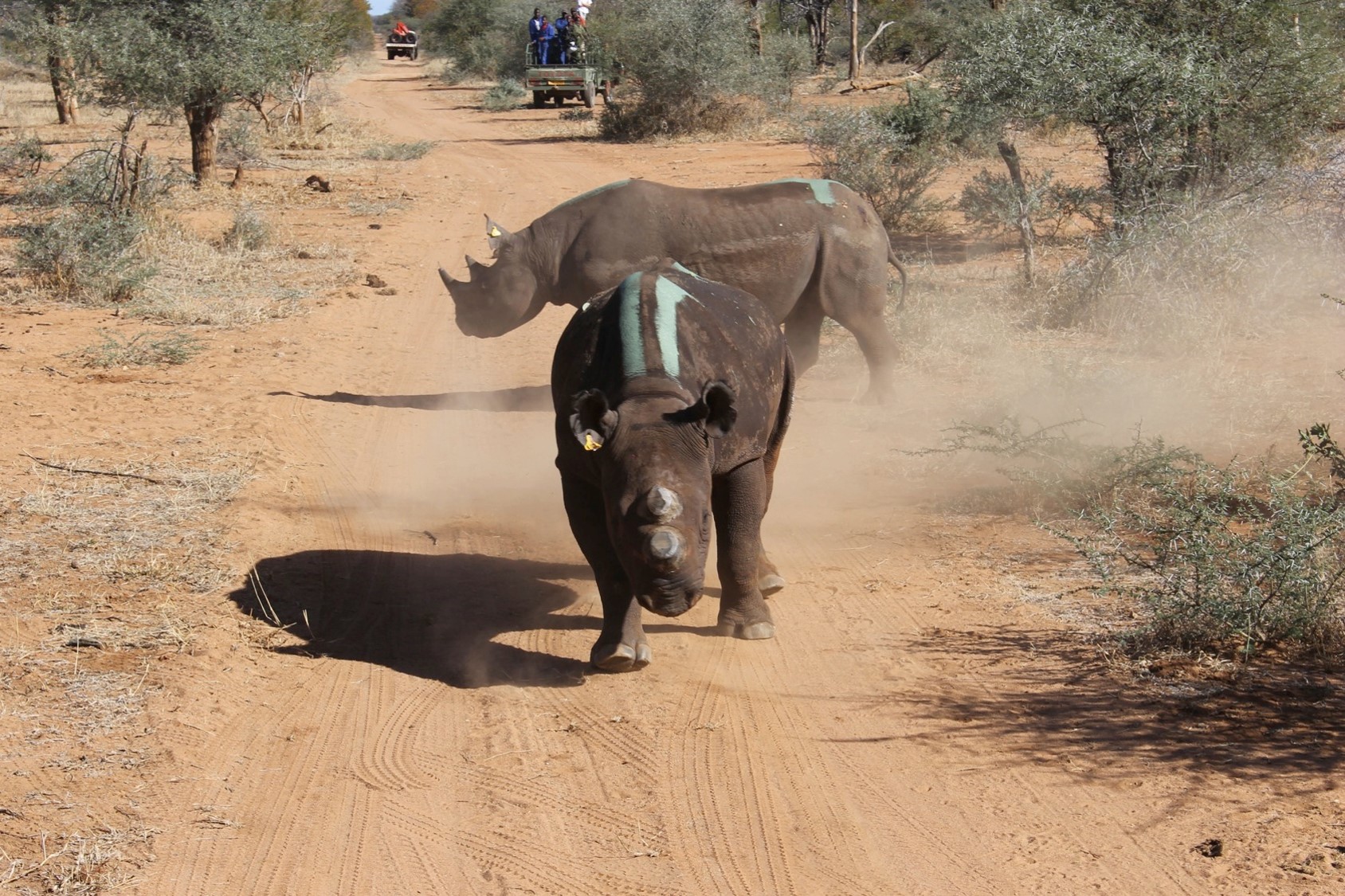 How do you move a two- or three- (or four-) ton rhino? (Very carefully, of course…)
Sometimes, worsening poaching conditions require bold action. When poaching escalates at a rapid and accelerating rate, moving rhinos from unsecure to more secure areas can give them the best chance for survival.
Translocating a rhino is no easy task, nor something that conservationists take lightly. Preparing for a translocation takes months of meticulous planning – and being ready for every possible situation that might arise from the time of capture to release. Both the animals and the people involved must be kept safe, and animals of the right age and sex chosen to maximize success.


Translocations sometimes involve animals joining existing populations to add to the population’s size and genetic viability. Other times, translocations take place so that a new population can be established, usually in the species’ historic range. Normally, several animals are moved at once; this is done for cost-effectiveness and also so that translocated animals have companions in their new habitats. After capture, rhinos are acclimatized in pens for up to 6 weeks, sometimes at the capture site, sometimes at the release site, or sometimes both, to control for disease. This gives veterinarians time to evaluate the animals’ health and suitability for release.

Rhino conservationists have become highly skilled at moving rhinos – several large-scale translocations have been very successful in Africa. Notably, our partner the Lowveld Rhino Trust in Zimbabwe has moved an average of 28 rhinos per year over the past 7 years, consolidating black rhinos into two large conservancies where they can be adequately protected and monitored. Since 2003, the Black Rhino Range Expansion project, led by WWF, has moved nearly 130 black rhino and established eight new populations on more than 160,000 ha of land in South Africa’s KwaZulu-Natal and Limpopo provinces.
You can help support bold actions, like emergency translocations, needed to STOP POACHING NOW by donating today. Every gift, large or small, helps. Every gift helps us do more.