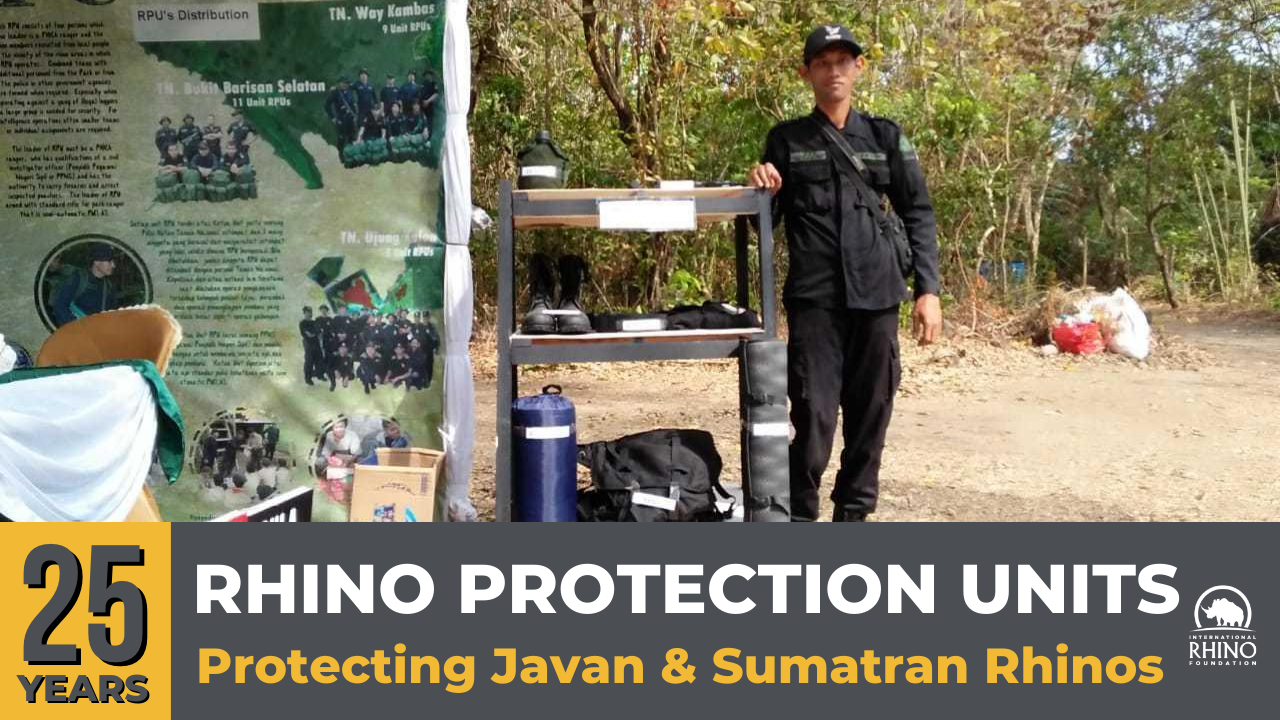 Endin has been part of the RPUs in Ujung Kulon National Park (UKNP) for 12 years. He is descended from the original people to inhabit UKNP and wanted to work to protect the Javan rhino.

“The Javan rhino is a symbol for our community and we believe they are part of our ancestry,” he explains. “We must protect them from extinction.”

While out on patrol, Endin had an interesting encounter with rhinos. He came upon two that were likely trying to breed. He accidentally startled them and was forced to climb a tree to escape. “I did not realize that the tree I climbed had thorns,” he recalls with a sigh.

Endin is married and has three kids. “Being a member of the RPUs is an honor for my family,” he says. “They are proud of me.”

He also enjoys the thrill of finding a Javan rhino in the wild as part of his monitoring duties. “I love finding fresh footprints of a rhino, and then it is a challenge for the team and I to try to locate and identify the animal.”