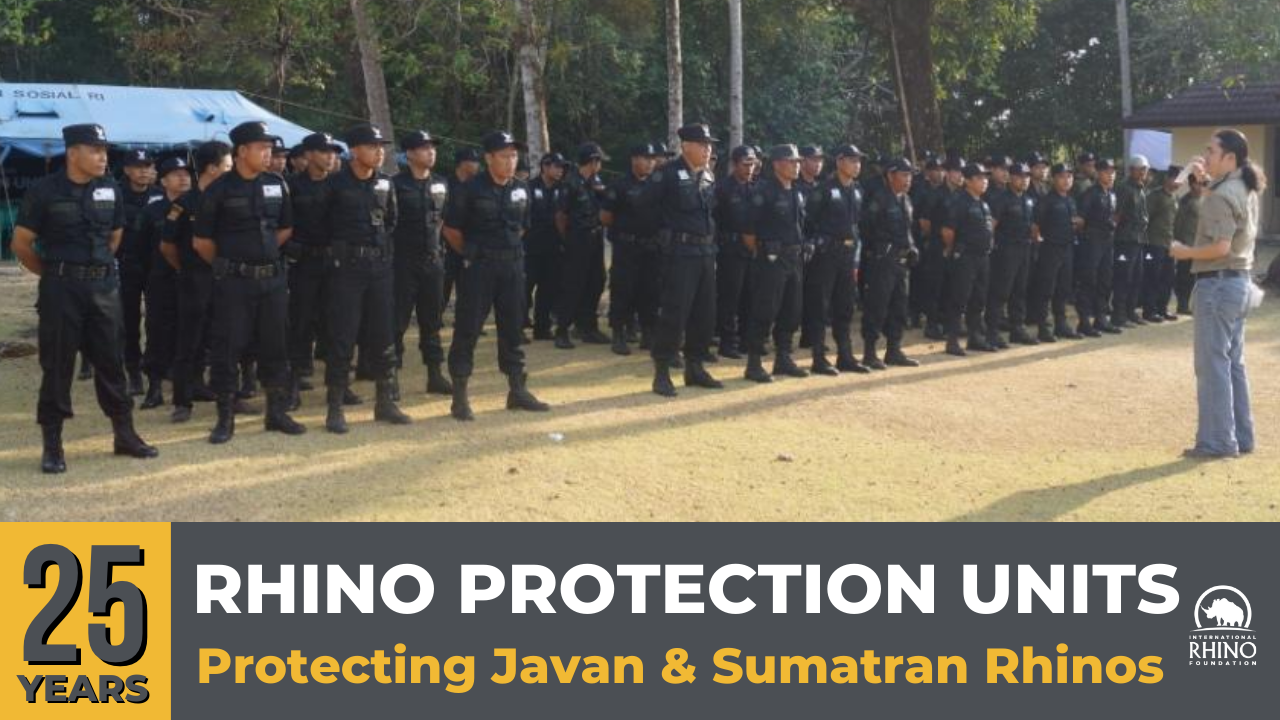 Bahara joined the RPUs at its inception in 1995 at Kerinci Seblat National Park in Sumatra, eventually moving to Bukit Barisan Selatan National Park. IRF is honored to tell his story of 25 years of service.

Bahara was involved in a Sumatran rhino capture program in the early 1990’s. He jumped at the chance to join the RPU program when the opportunity arose. There were many applicants and he feels lucky that he became one of the first members protecting rhinos.

Members are recruited from local communities and even today, there are many applications for any opening. “To work with the RPU is not easy,” Bahara explains. “Many people want to join but not everyone can.”

“Rhinos are so important to the forest,” he says. His favorite thing about the job is that he has seen rhinos face to face on several occasions while out on patrol. “They are a shy animal and do not endanger humans. However, humans often disturb them and kill them only for their horn.”

Bahara finds Sumatran rhinos cute, especially since they are hairy. Even after 25 years, Bahara still likes to go out on patrol and conduct surveys of rhinos in BBS. “I tell everyone that not everyone can be an RPU member, but you will love your job if you are selected.”

Today we congratulate Bahara on his 25th anniversary along with the entire Rhino Protection Unit program. We are incredibly grateful to all the past and current members of these elite teams of dedicated individuals, and to YABI for making it all possible.

Their daily dedication to wildlife and ecosystem protection is admirable. We know that Javan and Sumatran rhinos still have a fighting chance with them on their team.

It is critical that these protection and monitoring activities continue. Your donation today will keep the boots on the ground and RPUs in the field, protecting rhinos for years to come.

Happy Anniversary and thank you for your service RPUs! Read the rest of our ‘Interview with an RPU” blog series here.