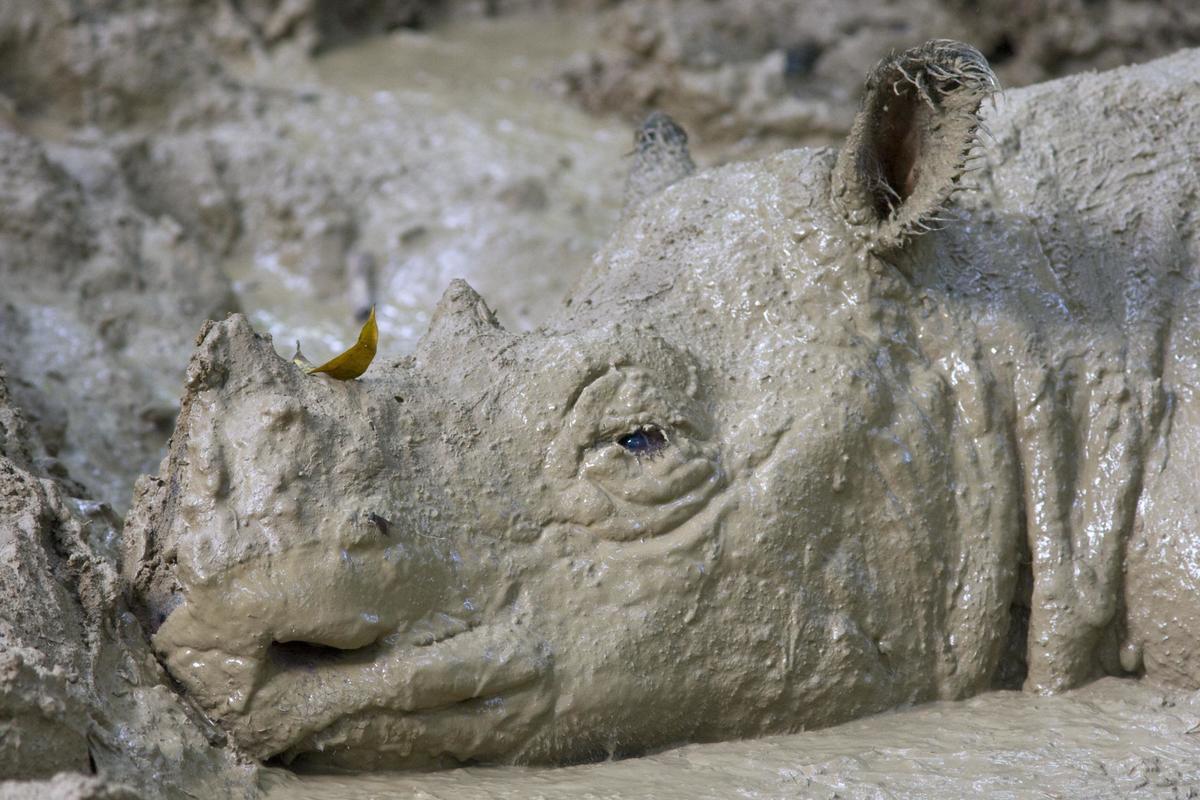 ZZZzzzzzzz…..Whether it’s slumbering, dozing, napping, snoozing or taking a siesta – sleep is essential for all creatures in the animal kingdom and rhinos are no different. Weather and temperature sometimes dictate when rhinos get some shuteye but in general, most rhinos sleep in intervals totaling up to about eight hours a day.

Rhinos are able to sleep standing up or lying down. When they take a deep sleep, they an be found lying down with their feet curled up slightly to the one side.

Black rhinos tend to move around more during the night and early mornings when it is cooler and the temperatures are more bearable. During the heat of the day, they can sometimes be found dozing under a nice shady tree or an opportune mud wallow.

When temperatures rise, Greater one-horned rhinos know exactly what to do – take a dip! When the sun is high, they often wallow or submerge themselves in water. Once the afternoon temperatures drop back down, then they are back up and around searching for food.

Unlike the other rhino species, Sumatran rhinos are covered in dark, stiff hair. The hair helps keep mud caked to their bodies, which aid in cooling their skin and also protects them from insects bites. True to their rhino relatives in Africa and India, they often spend the hot daytime hours rolling around in a convenient mud wallow.

We don’t know about you, but seeing all these sleepy rhinos have started us yawning. Happy #WorldSleepDay!