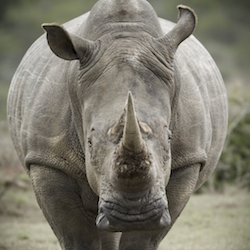 By Terry Stancheva
Founder at PawsomeAdvice

Planet Earth is home to many different animals, plants, and insects. Yet, for the planet as a whole to function correctly, its biodiversity must remain intact. Each species, no matter how small, has a vital role. However, if one species ceases to exist, that can cause an ecological imbalance.

Humanity has witnessed several devastating wildfires that wiped out the homes of thousands of animals, killing or harming them along the way. Floods are another sign of mother nature rising to defend itself. Unfortunately, alarming facts about endangered species show that humans are responsible for 99% of the problems.

One such issue is related to rhinos. In South Africa, for example, a rhino is killed every 22 hours for its horn. The horn is typically used in traditional Chinese medicine because it’s thought to have medical properties. These numbers will only go up unless people become aware of what’s going on.

The Importance of Endangered Species

Every species on this planet has moral and ethical values and the right to live. People have also assigned economic value to some plants and animals. Therefore, losing them would hurt multiple industries.

Finally, since each species has an important role in the ecosystem, its extinction could also bring devastating consequences to humankind.

When one species becomes endangered, it can adversely affect other animals, insects, and plants, putting the whole ecosystem at risk. Eventually, if one by one goes extinct, humans can quickly become endangered too.

Why Are Rhinos Important?

Rhinos are important to South Africa because they’re grazers, meaning they consume vast amounts of vegetation, shaping and maintaining the African landscape. Furthermore, this benefits other animals and even people.

Locals also depend on rhinos. They are interesting to tourists, meaning they bring income to local people. By keeping rhinos safe, people can preserve their habitat, help local communities, and conserve resources.

Keeping our planet healthy is an important but challenging task. Sadly, humans have caused too many problems already, putting around one million species of plants and animals at risk. Some of them, unfortunately, may go extinct within a few decades if individuals, communities, and industries don’t act now.

That’s why everyone should focus on raising awareness and helping in keeping the endangered species alive for as long as possible. For some, like rhinos, it is not too late.