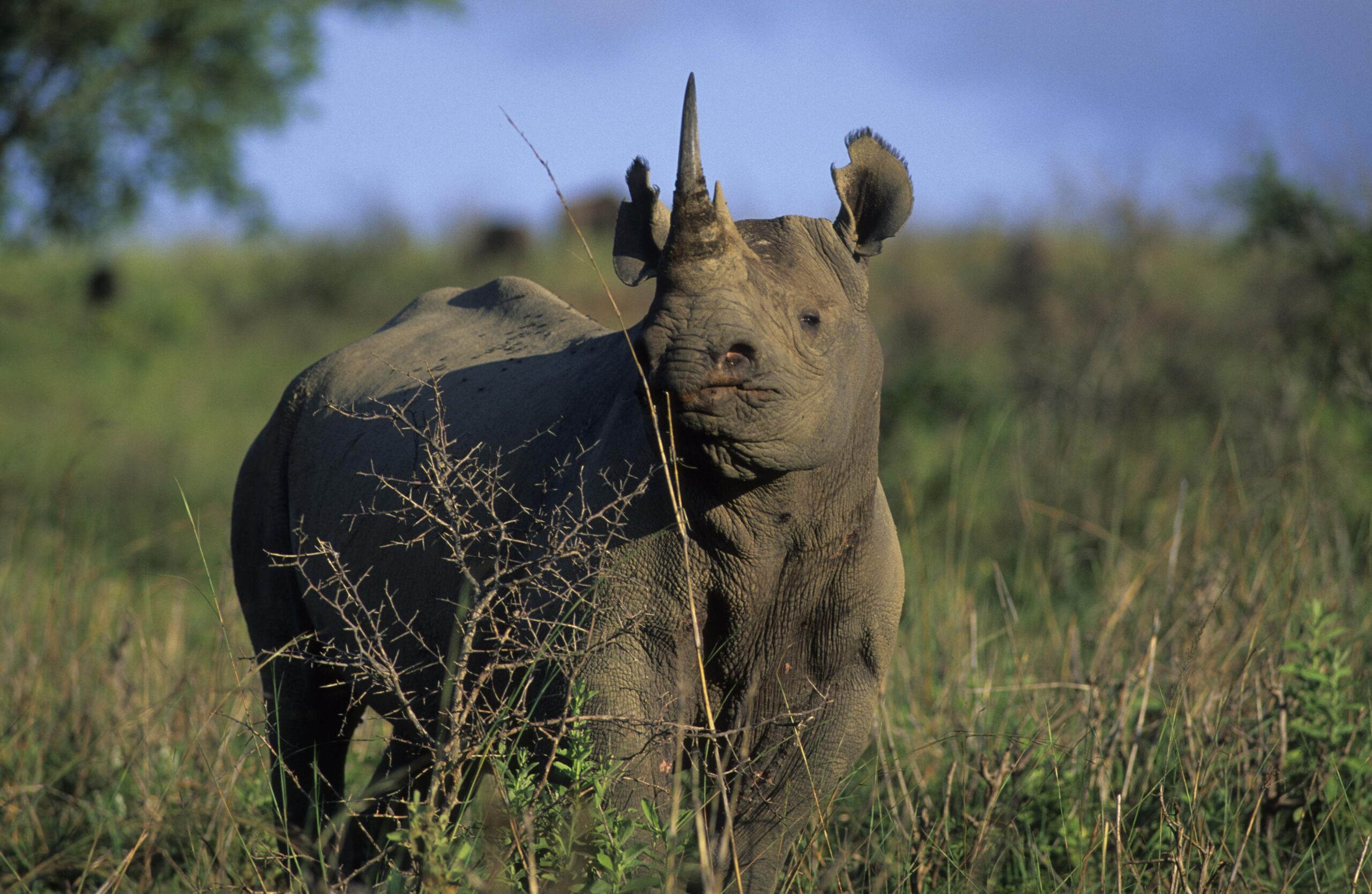 This guest post was written by Benjamin Hannesson, a 13-years-old resident of Alberta, Canada. The International Rhino Foundation thanks him for his adoption and his story.

In the 1990s the species of the black rhino dropped dramatically to an all time low of 2,300 individuals. Throughout the years the population has slowly risen to 5,630 but the population still needs our help.

I knew that rhinos were in trouble facing numerous threats but over the past year or so I decided to get involved in the cause. I raised 100 dollars and donated to IRF. I made a symbolic adoption to help black rhinos specifically. I chose the black rhino because they are critically endangered and an important part of Africa. I chose to donate and raise money because I love all animals and know I have to help them. I want a future where I don’t have to worry about the security of earth. There’s lots of jobs that I would love to do but in the end I am going to have to choose a job that will help the earth.

Black Rhinos face many threats in their homeland of Africa. Poaching in Africa has brought black rhinos to a status of critically endangered and although the population is rising the species is not safe yet. Poaching is more of a threat for older rhinos who have a larger horn but that does not mean that poaching does not affect calves. When a poacher makes a kill predators such as hyenas and lions will come for the free meal but with the calf still waiting for his mother to get up, will wait and most likely be killed by the predators.

Black rhinos desperately need all of our help and since we humans caused all of their problems we have to fix them. We all have a responsibility to help this animal. Unfortunately many people ignore this responsibility but that does not make the problems go away. Black rhinos are needed in Africa they bring in tourists on safaris which raises funds to help numerous other species. They also have an ecological niche helping birds by letting them clean their skin which then in return feeds the birds.

All in all Black rhinos are very important and we have to protect them. They face many threats and we all have to save them because they are needed in the world. So let’s keep this one in five alive.

You can join Benjamin in adopting a black rhino and helping to Keep The Five Alive. Learn more about black rhinos.