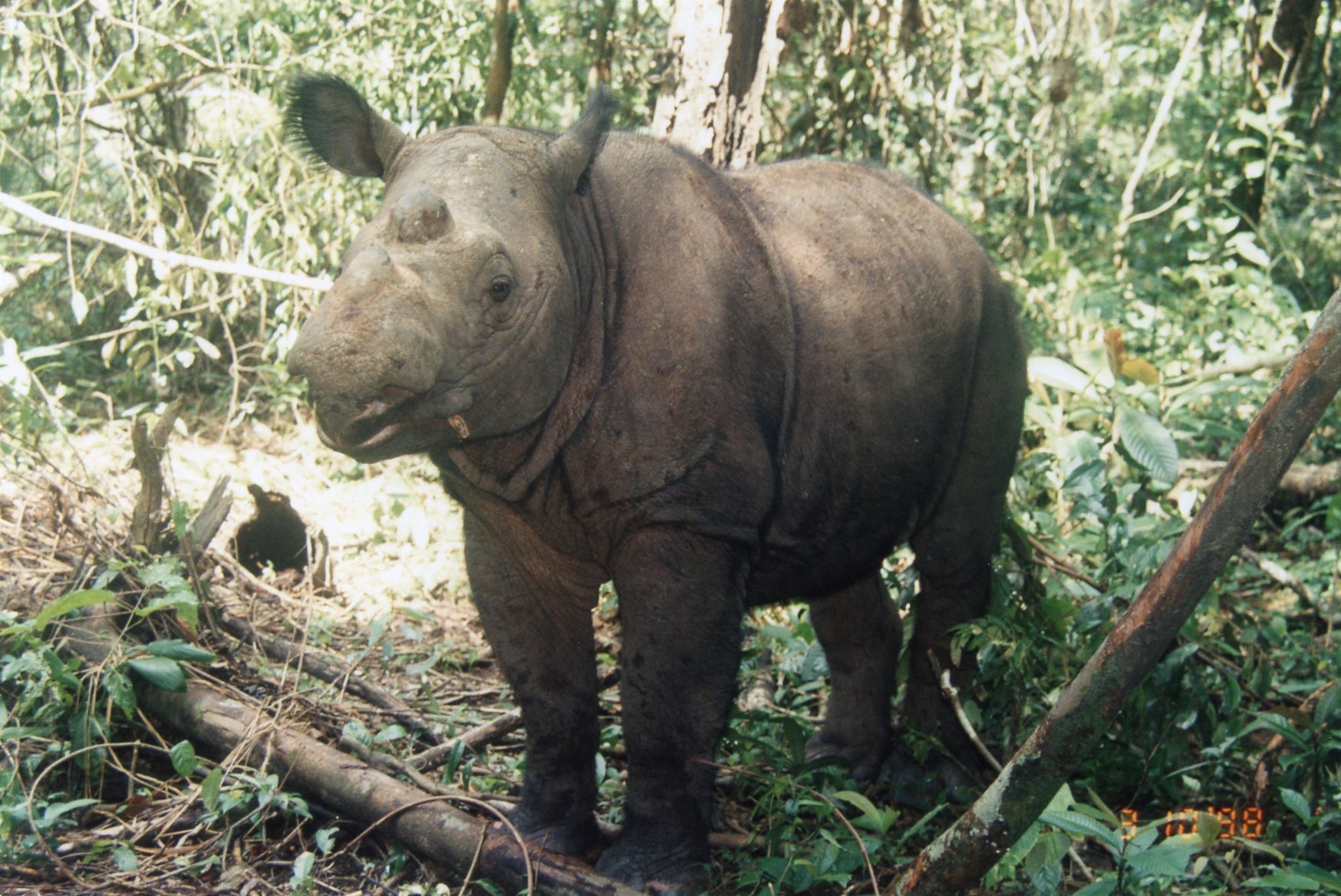 On January 8, 1998, the Sumatran Rhino Sanctuary (SRS) in Way Kambas National Park received one of its first resident rhinos, Bina. At an estimated 41 years old, Bina is not only the oldest rhino at the SRS, she’s the oldest captive Sumatran rhino on record, which is a testament to the amazing care she receives.

Bina gets her name from Bina Samakta, an area of the Bengkulu province in southern Sumatra, Indonesia, where she was found. Bengkulu province, adjacent to Kerinci-Seblat National Park, used to be home to a significant population of Sumatran rhinos, but by the 1980s, the construction of several villages, large oil palm plantations, and a logging concession had decimated rhino habitat and left the province with few rhinos. Under the direction of the Indonesian government, in May of 1991, a consortium working to rescue displaced rhinos funded the capture of these stranded rhinos and Bina was one of them. When she was rescued, Bina was full grown and estimated to be about 10 years old at the time. She joined other Sumatran rhinos at Taman Safari Indonesia (Indonesia Safari Park) and lived there for several years until transferring to the SRS.

Responding to the critical decline in the Sumatran rhino population, the government of Indonesia and international partners, including the International Rhino Foundation, decided to create the SRS in Way Kambas National Park in 1996. Soon after construction on the SRS was completed, all the Sumatran rhinos remaining in captivity in Indonesia, including Bina, were transferred to the sanctuary so they could participate in an intensively managed research and conservation breeding and program aimed at increasing the Sumatran rhino population. At the sanctuary, the rhinos reside in large, semi-wild forest areas where they can experience a natural habitat while still receiving state-of-the-art veterinary care and nutrition. Sumatran rhinos are Critically Endangered with no more than 80 individuals remaining in the wild.

Of all the rhinos at the sanctuary, Bina is the most shy and solitary, but she does get along well with people, and with the other rhinos. While all of the keepers help take care of Bina, she is particularly fond of her keeper Dede, who has been taking care of Bina for decades.

Since Bina was born in the wild we don’t know her exact birth date so we celebrate her arrival date at the SRS – January 8th – as her birthday. But really, we’ll take any excuse to celebrate this beautiful girl.

Happy Birthday Bina! May your day be filled with lots of fresh fruits and naps in the wallow.