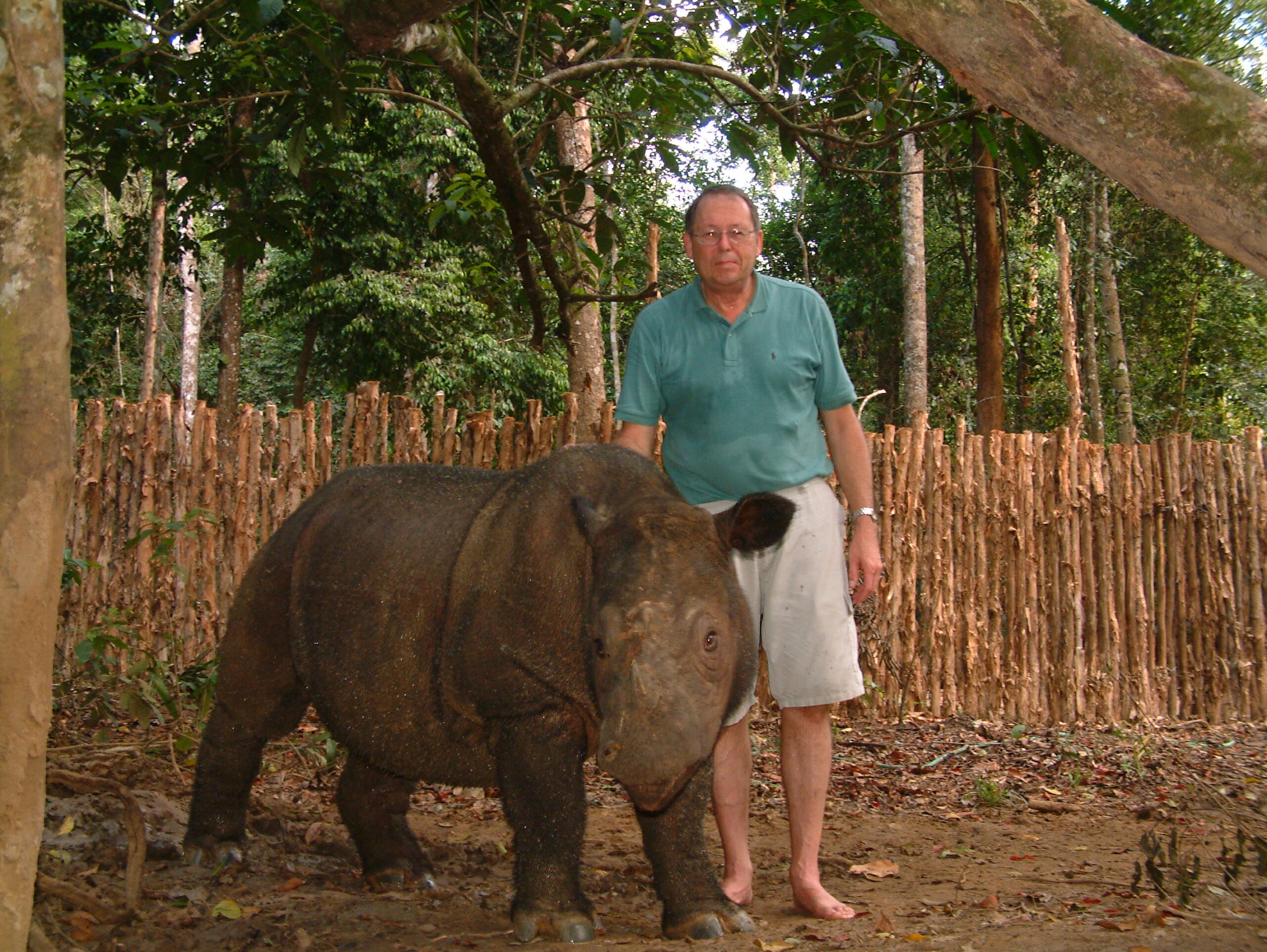 Dr. Nico van Strien’s work on Sumatran rhinos is still studied today. Even when his work took him to Africa and elsewhere, Nico kept up on the rhino species he most loved and studied.

Nico slept out on platforms to study Sumatran rhinos in the Leuser ecosystem in Aceh, North Sumatra. So it should be no surprise that he slept in old logging cabins with no electricity and tigers and elephants roaming around as he helped select the area of Way Kambas for the Sumatran Rhino Sanctuary (SRS).

In 1994, Nico joined Dr. Tom Foose, IRF’s first program director, to help set up IRF’s new Southeast Asia program focused on protecting Sumatran and Javan rhinos. “Nico did everything precisely, and the SRS was no exception,” said Tineke van Strien, Nico’s wife and companion on many of his wildlife research adventures.

Nico worked closely with Sumadi Hasmaran, then of Taman Safari, on many of the construction challenges including carving the paths that would become the enclosures for the future resident rhinos and sourcing materials needed from Australia when they were not available in Indonesia.

“Nico believed you needed to put ankles in the mud to get things done,” said Tineke. The American Association of Zoo Keepers, with support from IRF, keeps Nico’s memory and work alive with the yearly Nico van Strien Leadership in Conservation Award, honoring keepers following in his footsteps.

If leaders like Jansen, Sumadi, Nico and Tom did not “think forward,” the special place that is the SRS would not have existed in the beautiful Way Kambas National Park. It is up to the next generation of conservation leaders and supporters like you to carry on this legacy for Sumatran rhinos.

Sumatran rhino photos are courtesy of the Indonesian Ministry of Environment and Forestry.