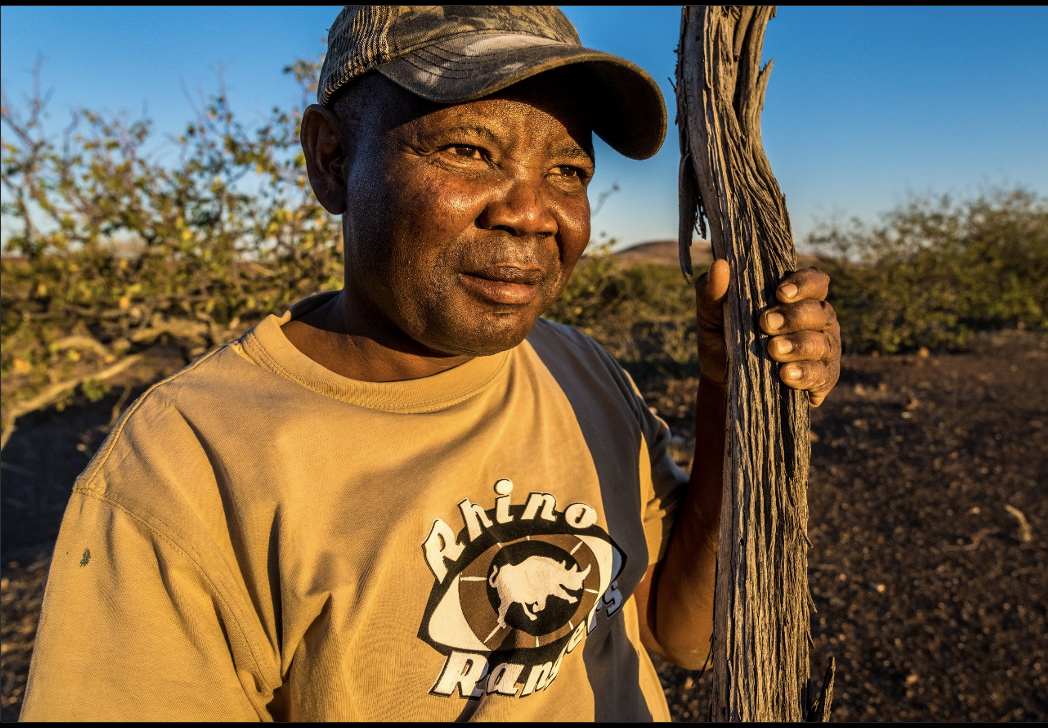 This is a guest blog from Save the Rhino Trust, IRF’s grantee in Namibia.

During the month of June 2022, Save the Rhino Trust’s (SRT) area manager Martin Nawaseb’s skills as a master rhino tracker were put to the test like never before. Martin is SRT’s southern area manager boasting over a decade of knowledge and experience, tracking black rhinos on foot through some of the harshest terrain on the planet. This is a story of outstanding skill, local farmers caring for wildlife and how it all came together in north-west Namibia.

Early in the month, SRT received reports of two rhinos that had moved from the Ugab river/Numas
(see figure 2) patrol sector into a human settlement area east of their normal range. We are unsure of what prompted this move but speculate that the young bull and young female were seeking a new area to breed and/or that the male may have been pushed out by the dominant bull in the area, a big male named Kennedy.

Whatever the reason, SRT received numerous calls from community members who had seen rhino footprints and dung in places where rhinos have not been sighted for many years. SRT deployed Martin, another driver and three trackers comprising community rhino rangers and SRT to the area to find the wandering rhinos. At the time, an uncharacteristically strong east wind which blew at gusts of over 40 knots throughout the week. Trying to track a black rhino on foot is difficult under good conditions but with gale force winds blowing tracks away the task was very close to being impossible.

The two vehicle teams persisted with their important task and with the help of very good communication
with local farmers and two communal conservancy managers at Sorris Sorris and Tsiseb. With this coordination, both rhinos were found safe and sound. The combination of outstanding tracking skills and local involvement shows the power of community conservation in the north-west area. Local farmers were concerned about the safety of the rhinos showing a genuine connection and sense of ownership for ‘their rhinos’.

IRF funding supports SRT’s expansion of the innovative Government-led Black Rhino Custodianship Program and the Community Rhino Ranger (CRR) Incentive Program. Engaging and empowering local people in rhino protection efforts has always been central to the community-based rhino conservation model continuously evolving in north-west Namibia under a partnership with the Ministry of Environment, Forestry and Tourism.

One thought on “Tracking Rhinos in Namibia”