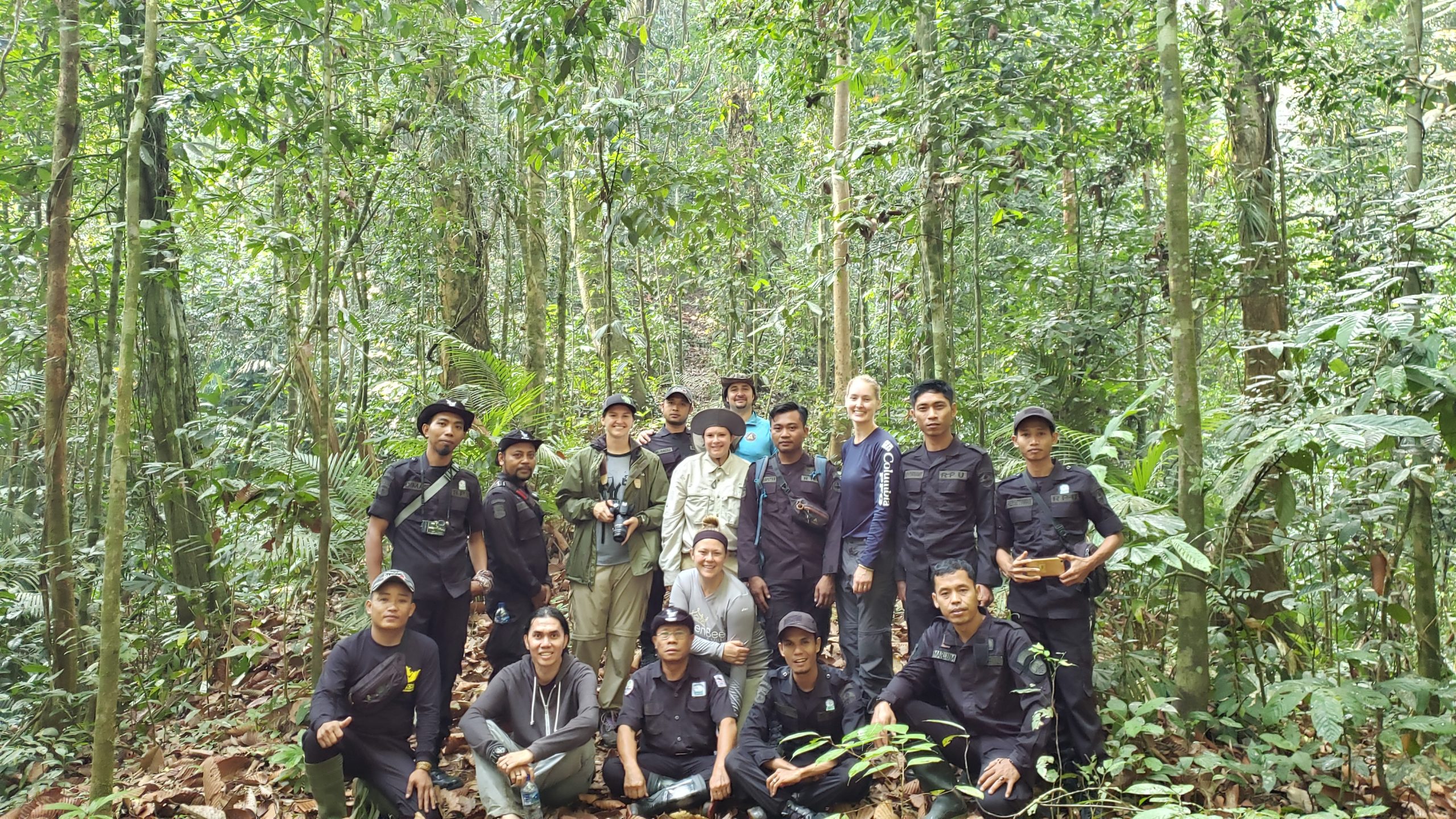 Sinyo Handoko has been with the RPUs in Bukit Barisan Selatan National Park (BBS) in Sumatra for 16 years. He joined in 2004, following his passion for rhino conservation and protecting their forest home.

BBS is the third largest protected area (3568 km2) in Sumatra and lies in the extreme southwest of the island spanning two provinces, Lampung and Bengkulu. The park was established in 1934 as a nature reserve by the government of Dutch East-Indies and upgraded to the status of national park in 1982. Habitats within the park range from beach forest to upper montane forest, and support a variety of wildlife including elephants, tigers, and rhinos.

“I have realized the importance of Sumatran rhinos to the forest and I enjoy being part of the team that protects them,” he says. “The Sumatran rhino is an umbrella species, playing an important role in the ecosystem.”

He has learned a great deal about the forest in his time on the RPU, including navigation skills and jungle survival. He is married and has children, teaching them that the Sumatran rhino is a unique creature that must be protected from extinction.

“I tell them about my experiences patrolling, surveying and sometimes confronting poachers,” he explains. “They are proud of me.”

It is very rare to see a Sumatran rhino in the wild, but Sinyo saw one in 2013 while conducting surveys in the park. To this day, this has been his favorite moment on the job. He also enjoys the fellowship of other members, cooking together, and laughing before falling asleep.