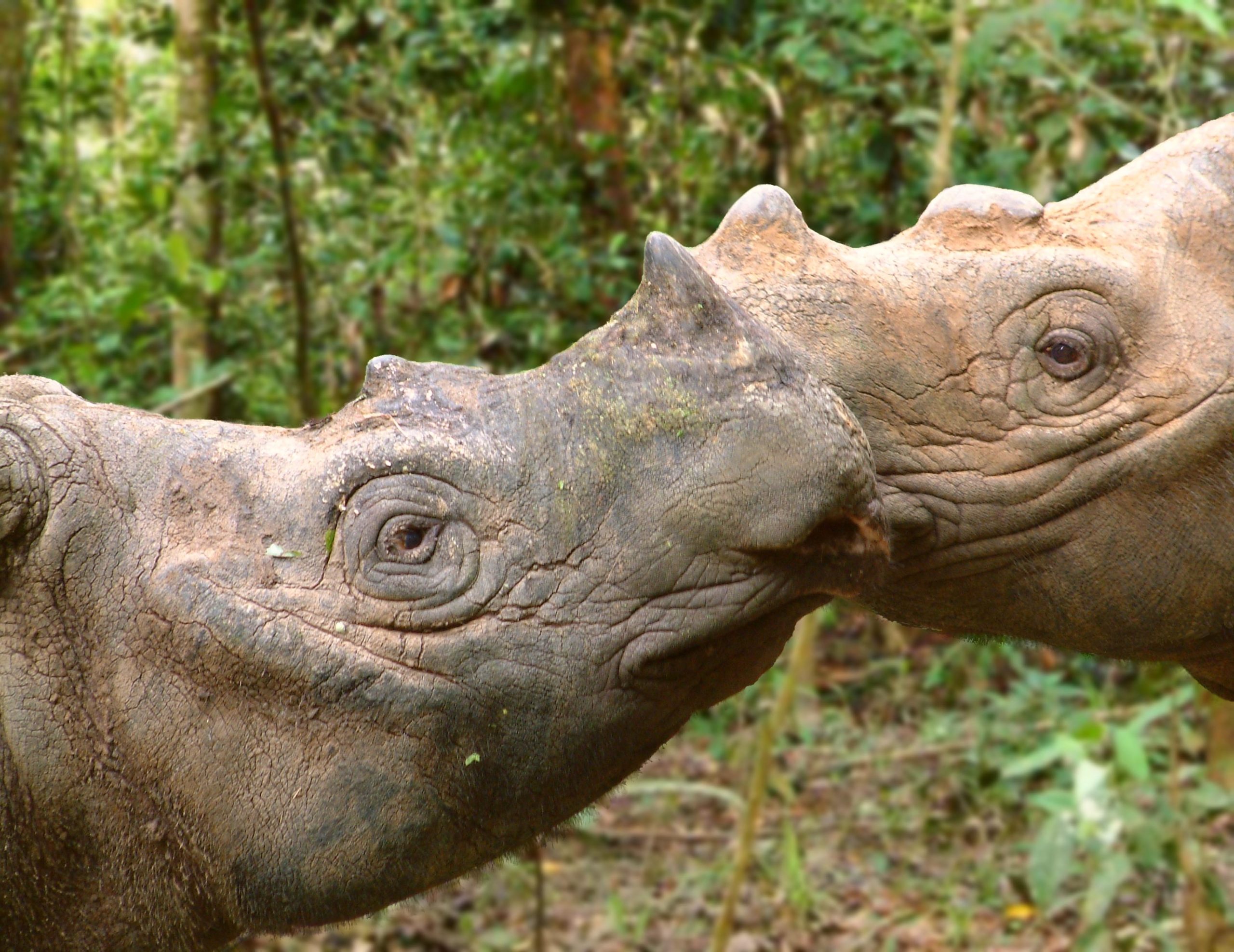 SAVING SUMATRAN RHINOS….WHILE WE STILL CAN

Ratu, is a Sumatran rhino living at the Sumatran Rhino Sanctuary in Indonesia. Her name means “queen”, and she is one of the fewer than 80 Sumatran rhinos left in the world. If you watched the BBC’s Seven Worlds, One Planet program, then you had the opportunity to meet Ratu, as she was featured in the Asia episode.

Ratu is also the only Sumatran rhino to have produced calves in captivity in Indonesia.

Ratu originally made her home near one of the borders of Indonesia’s Way Kambas National Park, where she soon came into contact with local people. Because it was dark, villagers mistook Ratu for a large pig at first and tried to kill her – luckily, she ran away and escaped harm. Her flight took her even further away from the protected area, however, and so the head of the park dispatched a team of rangers, keepers and veterinarians to find and protect Ratu, and to guide her to the Sumatran Rhino Sanctuary.

At the sanctuary, Ratu eventually bred with Andalas, a male born at the Cincinnati Zoo and later transferred to Indonesia. Ratu and Andalas have produced two calves – seven-year-old male Andatu, and three-year old female Delilah.

These births were the result of years of hard work and international research and collaboration – and they represent our best hope of saving this species from extinction.

Despite protection, the Sumatran rhino population has decreased by more than 70 percent over the past thirty years. The majority of the remaining rhinos now live only in tiny, isolated populations — they can’t find each other to breed. 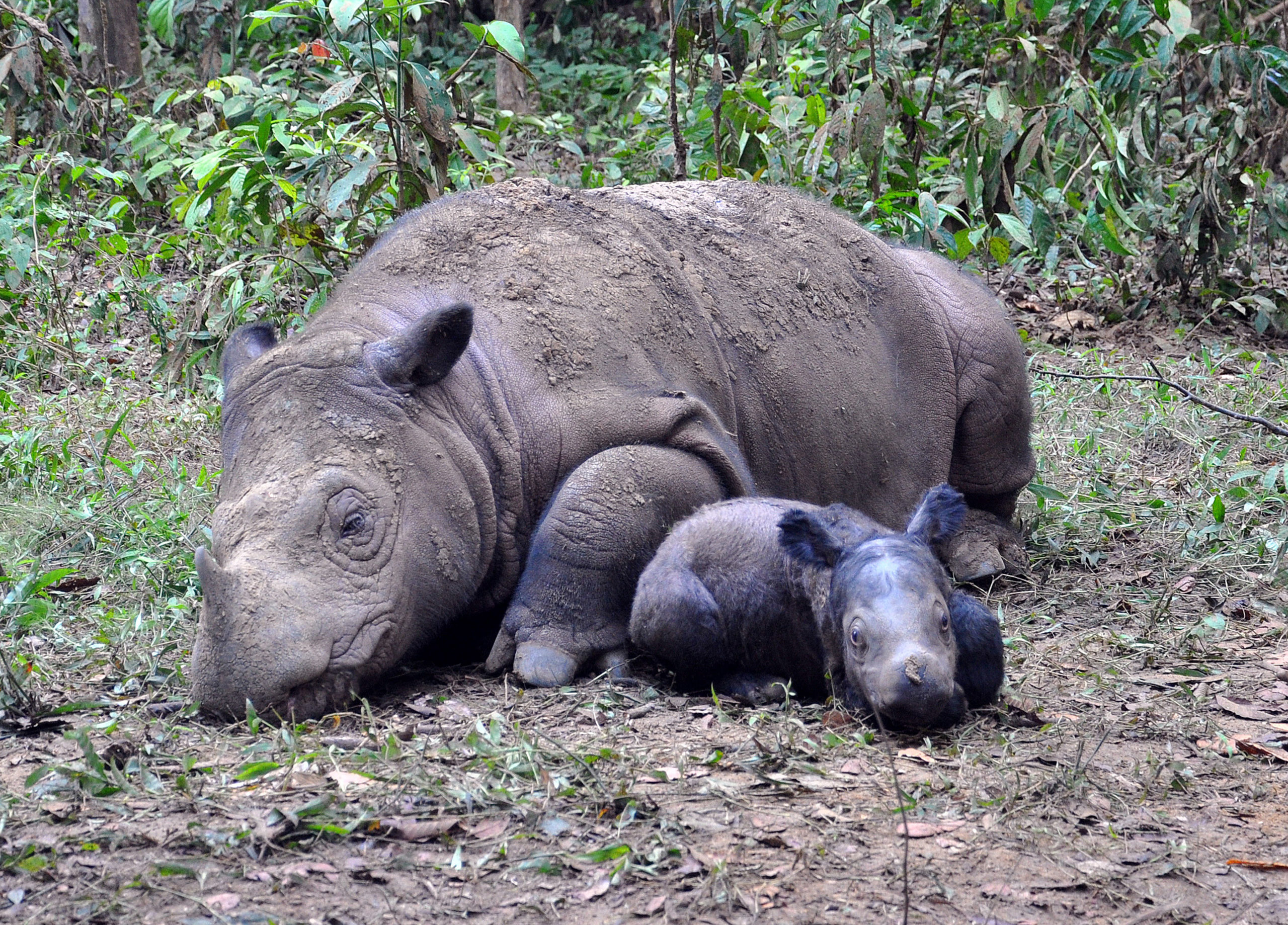 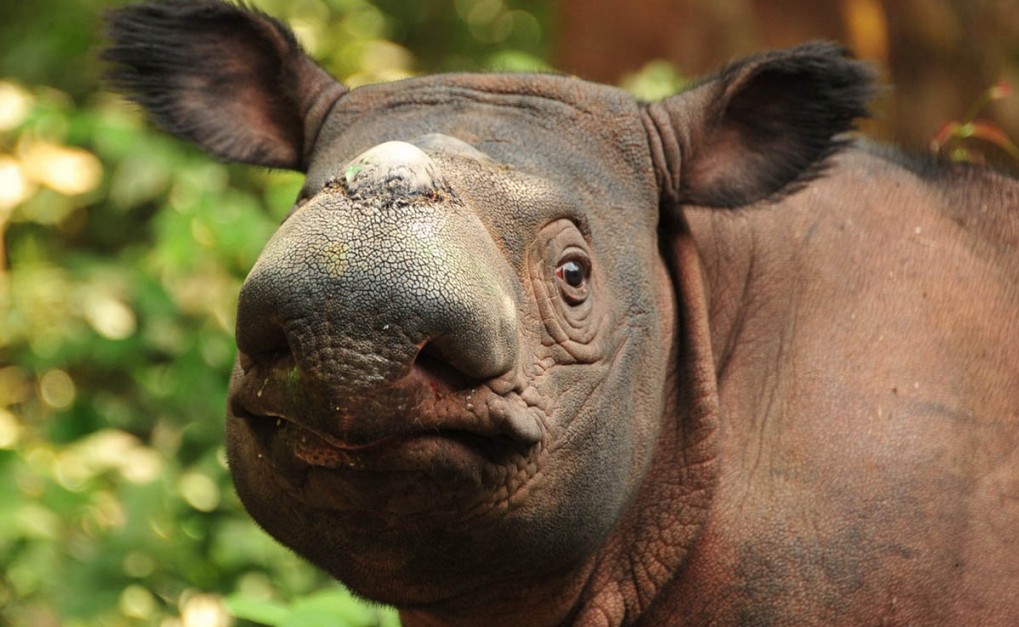 WE HAVE A PLAN TO SAVE THEM

Recently, the Government of Indonesia and rhino experts from around the world reached an agreement that the only way to bring the Sumatran rhino back from the brink is to consolidate the widely dispersed, fragmented wild populations into managed breeding facilities like the Sumatran Rhino Sanctuary.

We’ve developed a three-year emergency plan to secure the remaining rhinos and develop the infrastructure to care for and grow their population. Breeding efforts will be complemented by protection of wild populations. Long term, animals will eventually be reintroduced back into Intensive Protection Zones in Way Kambas and Gunung Leuser National Parks.