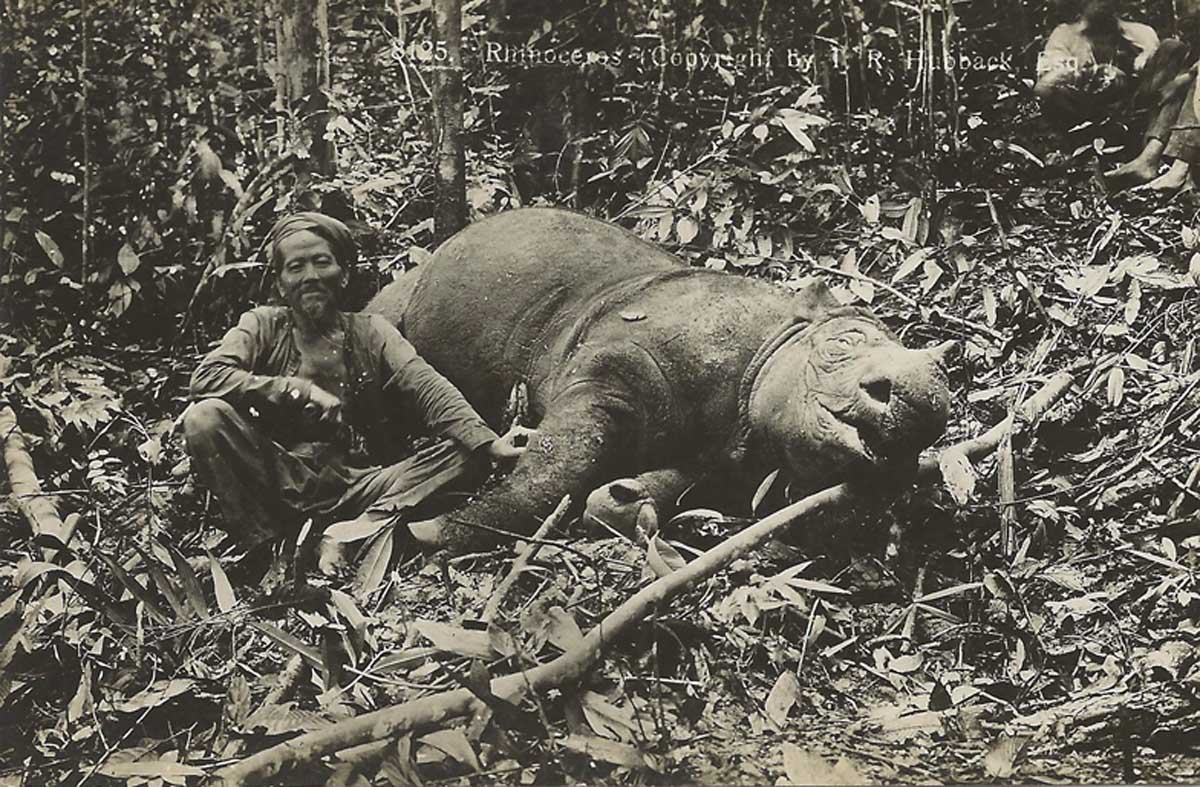 The Javan rhino is the rarest of the world’s five remaining rhino species, having lost most of its Asian tropical forest habitat over the last century, as well as having been hunted relentlessly for its horn, which only the males possess. Well under one hundred animals are estimated to survive in a single national park located on the extreme western tip of Java.