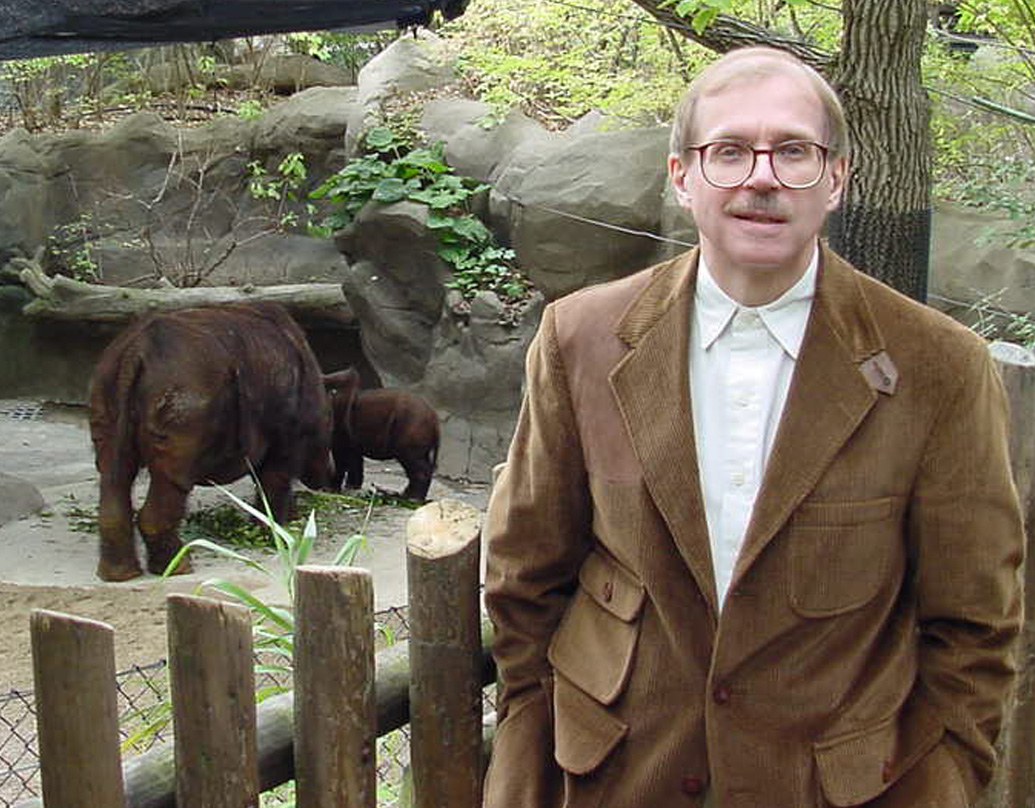 Even then, Tom was a voice for the other four species and discussions began around the needs of white rhinos in Africa and rhinos in Asia. Tom loved all rhinos and those that remember him said there was a twinkle in his eye every time he saw one. He was especially concerned about Sumatran and Javan rhinos as their numbers continued to dwindle and they disappeared from several countries.

Tom had an ability to bring people together, uniting them in a common rhino cause. He inspired people across the world to set aside their personal, national and institutional agendas to focus on   preventing species extinction. Only a few years later, the name changed and the focus was directed to save all five species. As one early board member commented, “Tom convinced us that we needed to pitch a bigger tent.”

Tom was a model conservationist – he breathed, ate, and stayed awake for it. He is famous for not sleeping, constantly worrying about rhinos and their needs. He is the author of numerous scientific publications. He served as the Conservation Director for the American Zoo and Aquarium Association (AZ) from 1981-1990.

Tom was the executive officer of the IUCN/SSC Conservation Breeding Specialist Group, shaping programs and focus to include computer simulation modeling to examine the risks for species extinction, as well as providing species management and research recommendations. As IBRF began planning for the first translocations, Tom was there providing models for genetic diversity to ensure the success of subsequent breeding programs.

When IBRF decided it needed a full time employee, Tom was the obvious choice. Tom was also named program officer for the IUCN/SSC Asia Rhino Specialist Group. He did not let the founding board members ever forget that the three species in Asia needed as much if not more help.

Tom also brought science with him. Under his direction IRF initiated a fund to support researchers and help IRF gain knowledge that could improve current field programs and plan for new ones as well. This fund exists to this day and has made more than $2 million in grants across a wide swath of research topics.

Those that knew him can’t look at a can of Coca-Cola without thinking of him. In an age before global distribution and availability, Tom would pack suitcases full of the drink to take with him across the world.

Tom passed away in 2006, too soon at the age of 61. He touched many people’s lives across the world and his passion and dedication for rhinos is still felt in IRF’s activities today.

Join us in raising a glass of Coke for Tom. IRF is dedicated to Keeping The Five Alive thanks to his vision.