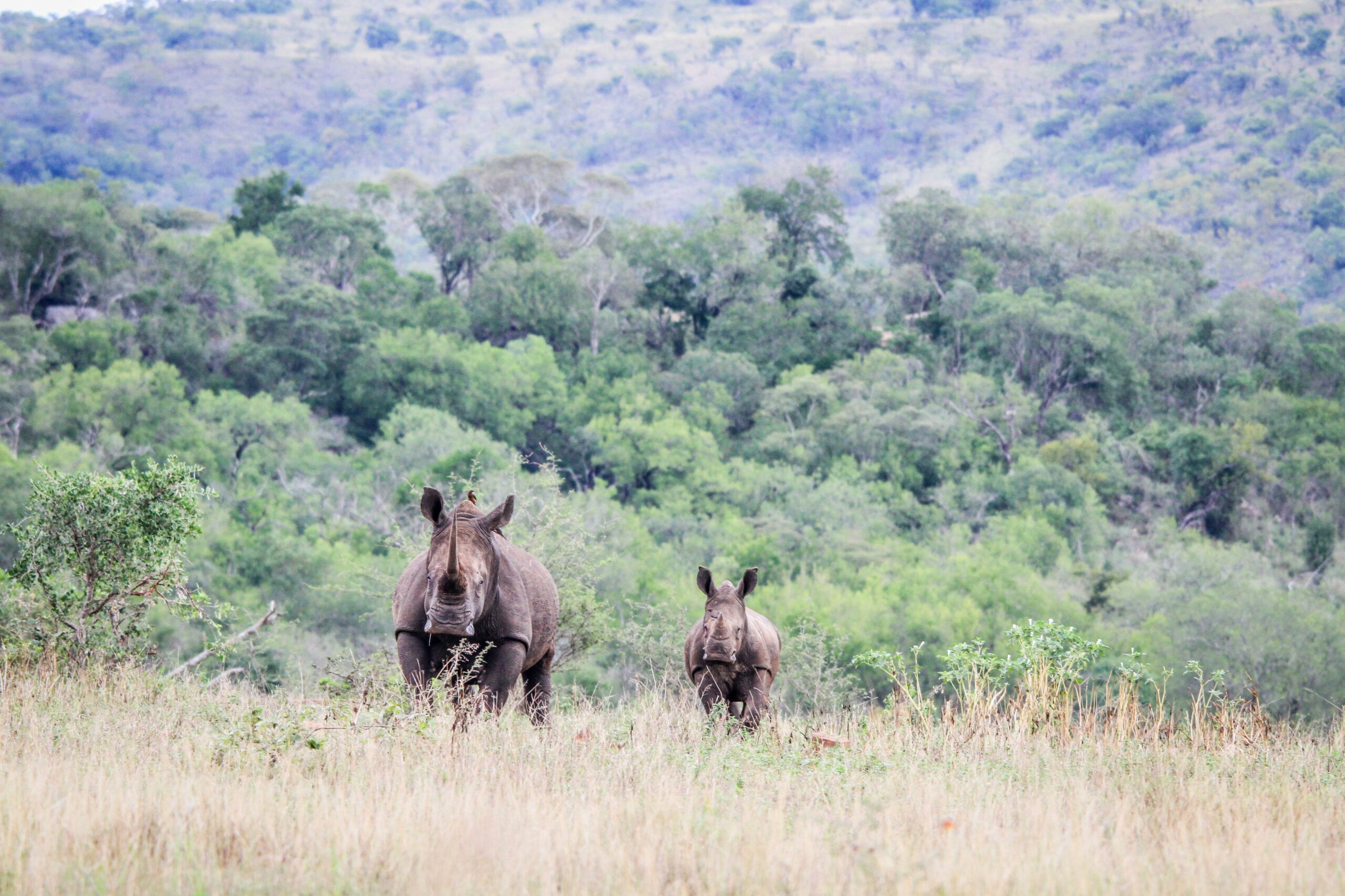 A recent report from South Africa National Parks (SANParks) details steep declines in the rhino population in Kruger National Park, confirming conservationists’ fears. Since 2013, Kruger, which is home to the largest population of rhinos in the world, experienced a 59% decline. There are just 3,529 white rhinos and 268 black rhinos left in the Park down from more than 11,000 in 2011.

The rhino poaching crisis in South Africa hit its peak in 2014 with more than 1200 rhinos poached that year. Though poaching numbers have been slowly decreasing, the rate of population decline is of grave concern. White rhinos in Kruger National Park have lost half of their population in just the last five years.

If this many rhinos have been lost in such a short period of time, how soon could we see a complete loss of rhinos in Kruger?

Our concern is as rhinos become scarcer in Kruger, poachers may move into other areas, impacting both public and private game reserves throughout South Africa and in neighboring countries like Zimbabwe, Botswana and Eswatini. The loss of tourism revenue due to COVID lockdowns and the halt of international travel has already impacted reserves and SANParks alike, and will continue to place strains on rhino protection and monitoring activities.

Rangers are the first line of defense against poaching. Responding to emergency funding gaps, IRF established the Reserve Relief Fund to provide gap funding for salaries and equipment, awarding nearly $300,000 in grants. It is critical that protection and monitoring is maintained with support from both government and nonprofit organizations.

Poaching is a policing issue and rangers can’t do it alone. There needs to be inter-cooperation between government departments, including environmental protection agencies, police and the court systems, which are currently operating as silos with their own mandates.

This type of coordination was envisioned by the South African government with the creation of the National Integrated Strategy to Combat Wildlife Trafficking (NISCWT) in 2017. The strategy laid out a vision of cooperation, bringing to bear the expertise of each department and deploying intelligence resources to combat organized crime syndicates that control the rhino horn trade. This strategy has not been implemented to date and would greatly improve the possibilities that rhinos will be able to survive in Kruger and other locations in South Africa.

South Africa’s rhinos are loved by the world. Organizations and individuals are following the stories and have expressed their concerns throughout the poaching crisis. Millions have been given to on-the-ground programs to combat poaching. Though the numbers were disheartening, it is important that they have been shared and that the government continues to report population data for its rhinos which encourages good decisions for resource allocation.

The report notes that in 2019, the population stabilized with rhino births catching up to natural and man-made deaths. This is encouraging, but actions must be taken to recover the poaching losses. IRF looks to the government of South Africa to continue to take actions:

Greater collaboration also extends to the organizations working inside and outside the country. We must work together to ensure that limited resources are put towards the most good for the people of South Africa and the wildlife that is admired around the world.