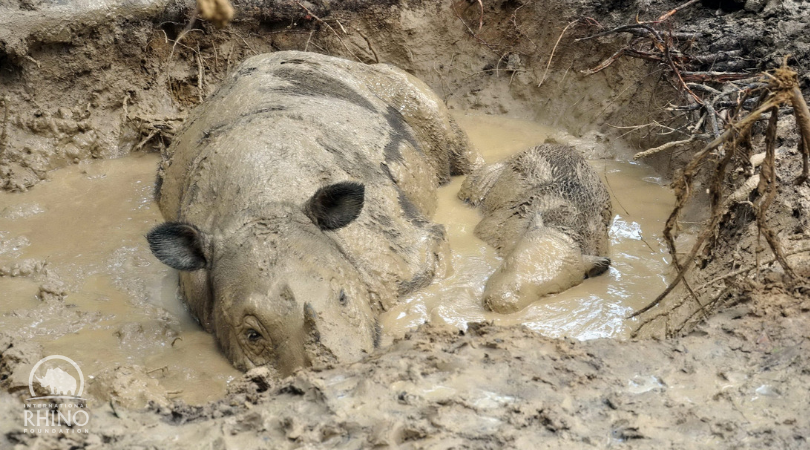 Twenty-four years ago today, Rhino Protection Units (RPUs) began protecting Indonesia’s two most critically endangered species – Javan and Sumatran rhinos. There are only 68 Javan rhinos left in the world and fewer than 80 Sumatran rhinos- but there would not be even this many were it not for the continued protection of the RPUs.

There have been no Javan rhinos poached in over 20 years and no Sumatran rhinos poached in 14 years where the RPUs patrol. These populations are so fragile that even one loss could be devastating to the species- which makes the work of the RPUs that much more critical.

Funded by the International Rhino Foundation, RPUs are part of a long running partnership with Yayasan Badak Indonesia (YABI). Due to the incredible success of having RPUs in the national parks, this program has the full support of Indonesia’s Ministry of Forestry and Environment Republic of Indonesia.

RPUs are stationed in three national parks in Indonesia: Bukit Barisan Selatan and Way Kambas on the island of Sumatra, and Ujung Kulon National Park on the island of Java. The units act as extensions of law enforcement and assist with criminal investigations of wildlife crimes while surveying and monitoring rhino populations and other wildlife, such as tigers, elephants, tapir and sunbears.

RPUs are the cornerstone of our work to conserve rhinos in Indonesia. They spend 14-16 days at a time in the dense jungle habitat, hiking 40-65 miles a month to expertly find signs of illegal poaching and dismantle snares and traps that threaten rhinos and other wildlife species. Catching and prosecuting poachers is a difficult and dangerous business, but these brave men put their hearts and souls into the work, even with the high risk. RPUs also track and records signs of rhinos and work closely with local communities to raise awareness and inspire advocacy.

Happy anniversary to the RPUs! We wish them continued success and safety and we can’t thank them enough for everything they do for rhinos. Congratulations to these dedicated conservation heroes!

Please consider making a tax-deductible donation so that RPUs can continue to keep Javan and Sumatran rhinos safe.