What is your typical day like?
Every day is different for rangers but working with the dogs forces us into a routine for their well-being. At first light we start a training and exercise session with the dogs. After that we feed them and clean out their kennels. We will select out the patrol dogs for the day, always leaving one in the kennel so that there is a fresh dog to use if there is an incursion or incident. We rotate the dogs like this so that two of them work while the third one rests. After our morning briefing on where to patrol we head out to the bush, usually for 6 to 10 hours. During this time, we check all the rhinos and fence lines.
At dusk, we rotate the dogs and head out again checking for holes in the fence or tracks that indicate an incursion. Rangers and handlers also work into the night and through the night depending on job demand and the perceived threat levels. We are always vigilant. 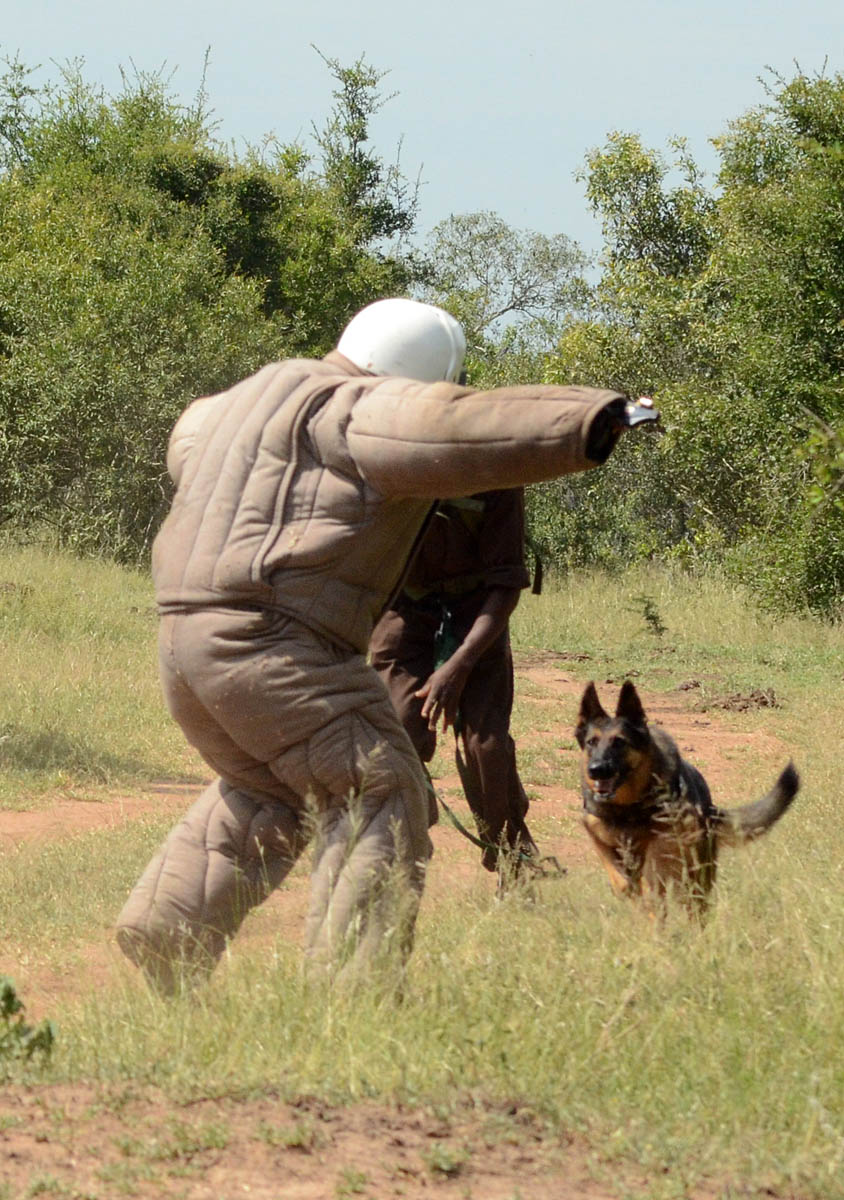 What do find most fulfilling about your work?
Having a success with the dogs is the most fulfilling. We were following up on a poaching group and the suspects had left the scene. We tracked them into the night, leading to an arrest. We put into practice everything that we learned on our training. The police we were working with were very impressed with us rangers and our dogs. We work as a team with the dogs and they are a big deterrence factor in keeping the poachers out of the reserve.

What’s the hardest part of your job?
There are many difficult parts of our job. Some of the worst are:
When one of our own rangers gets seriously injured or killed by poachers it is very demoralising and difficult.
Finding a rhino carcass means that despite us working so hard, we failed. We get to know the rhinos very well and a death hurts us very much.
Also… having worked so very hard day and night to catch poachers red handed and investigated the case and taken it through the courts, it is soul destroying to see them given bail knowing that they are unlikely to return for the trial.
It’s even worse when poachers are acquitted of their charges and set free because of technical issues or something that was omitted in the court process, or we suspect collusion when we know that they are guilty. That’s another moment when we feel the sting of failure especially when it is by no fault of ours. Sometimes the law seems so unfair.

What’s your most memorable story from your job?
One of my colleagues was working with our one tracking dog, Margo. We were chasing after the poachers, and he and Margo were hiding on a path we thought the poachers might use to get out the reserve. Margo suddenly looked behind my colleague, who immediately realized something was wrong. He turned around, ready to fire, to find the poacher aiming his weapon at him. If not for Margo, that poacher would have killed my colleague by shooting him in the back. 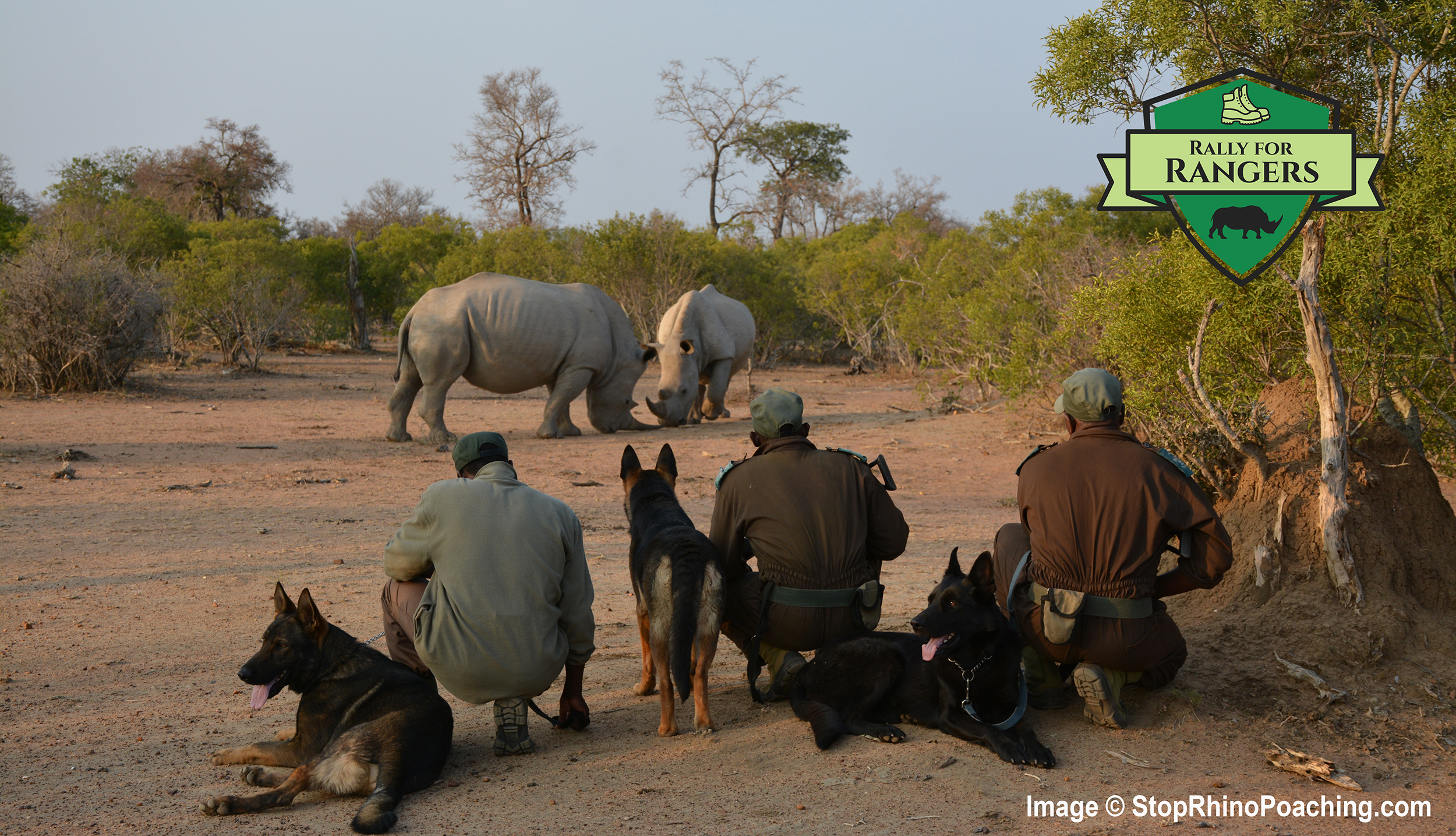