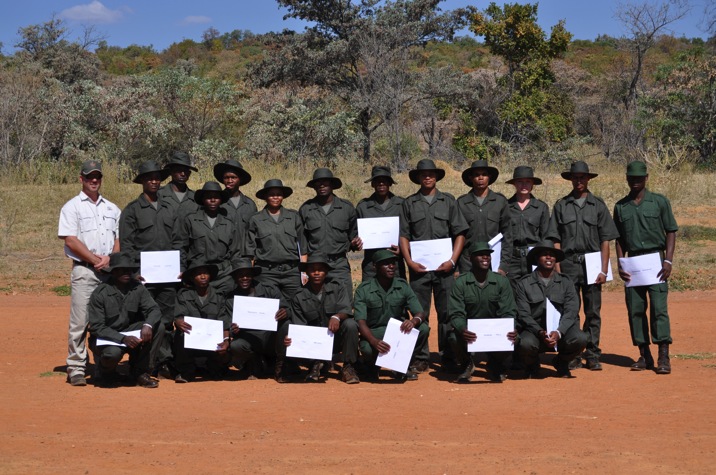 Highly-trained and well-equipped rangers are key to winning the war against poaching. Rangers face heavily armed, highly organized and lethal opponents who ruthlessly slaughter rhinos and anyone who stands in their way. It’s not just a question of rangers being armed. It’s just as much about them being highly skilled and knowing that they have the best tools at their disposal to take on the enemy. Providing special training and essential equipment are integral components of Operation: STOP POACHING NOW.

Poachers routinely attack in the dead of night, so night-vision goggles and infrared sensors have become anti-poaching necessities. Rangers are on especially high alert during the full moon — commonly referred to as the “poacher’s moon” — when poaching losses tend to be particularly high. This summer, unfortunately, there are three consecutive “supermoons.” The first was on July 12; the second will be on August 10; and the final one on September 9. Supermoons take place when the moon becomes full at the same time its orbit is closest to Earth — with extra brightness providing even more light under which poachers can kill.

Rangers must also be in top physical condition to pursue criminals, which places very high priority on survival strategies for hydration, nutrition, thermal regulation and the treatment of injuries. The best equipped, most physically fit rhino ranger in the world, however, still needs proper training.

In the past, IRF has supported programs that included special training in field craft, animal and human tracking, firearm proficiency, night operations, camouflage, special equipment use, first aid, crime scene investigation, and working with dangerous species such as rhinos, lions, elephants and buffalo. As poachers become more aggressive and engage rangers with increasingly lethal weapons, training in field trauma medicine and providing emergency kits to sustain injured staff until they can be evacuated to the hospital have also become essential.
Your support can help ensure that the heroes in the field are well-trained and have the equipment they’ll need to get the upper hand against poachers in South Africa, Swaziland, Zimbabwe and other African countries where rhinos are most at risk.
Please give generously. Every gift, small or large, matters. Every gift allows us to do more.