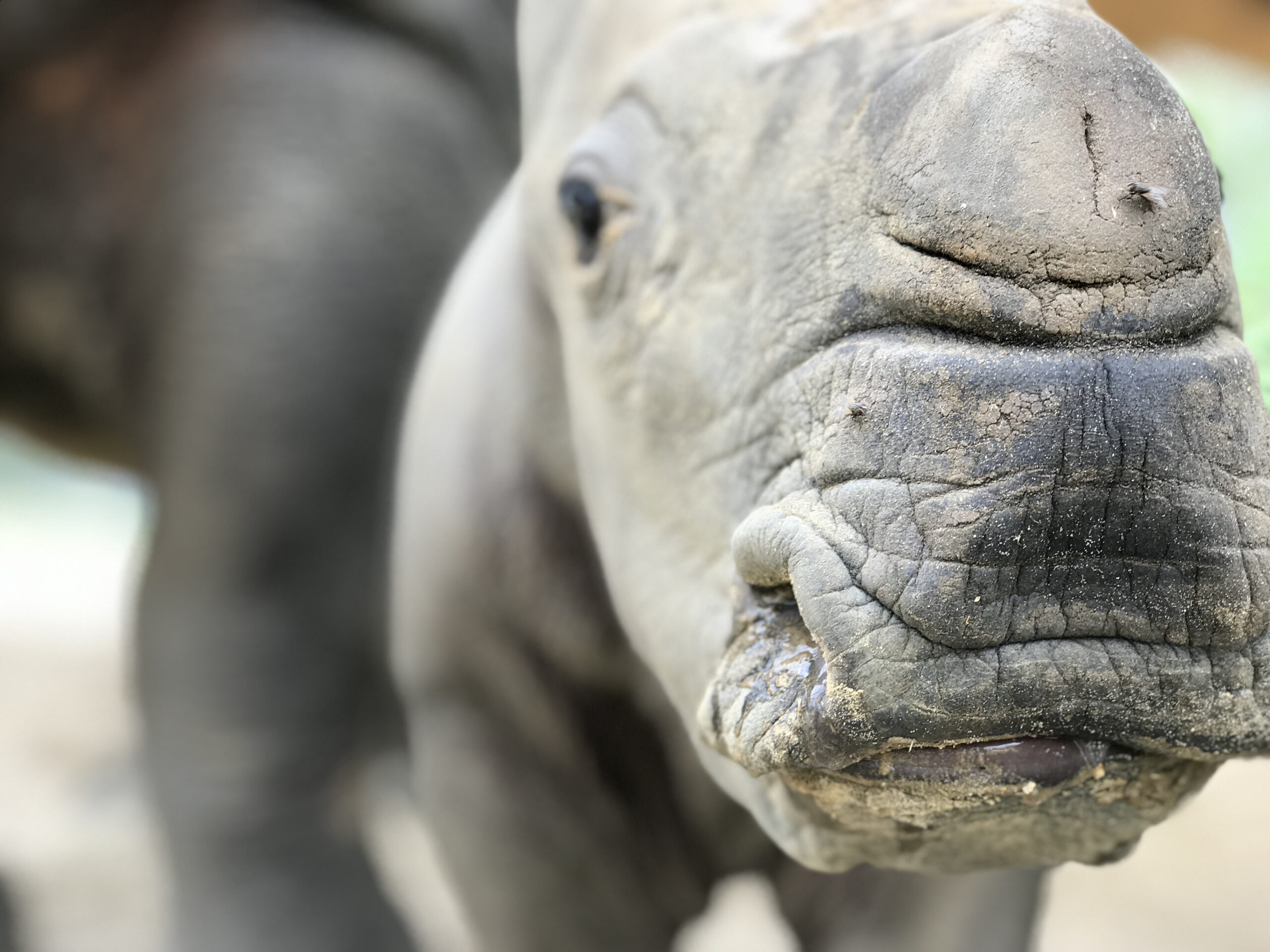 Almost 10,000 African rhinos have been killed for their horns during the past decade – and those are just the deaths we know about. In alarming news just last week, 24 rhino carcasses were found at various nature reserves and parks in South Africa since December 1st. The loss of 24 rhinos in a two week period is a stark reminder of the delicate balance rhinos face for survival.

When one rhino is killed for their horn, it creates a ripple effect that impacts other rhinos, the plants and animals they shared habitat with, the people who knew and cared for that rhino, and the communities who revere and steward their wildlife. One rhino lost is a loss for many. That’s why every rhino counts.

Although 2020 saw a decrease in poaching incidents as countries around the world closed borders and restricted international and domestic travel, rhino poaching is now on the rise again as lockdown restrictions have eased in many countries. Around 80% of African rhinos are found in South Africa, which bears the brunt of the continent’s rhino poaching, with more than 8,500 animals killed between 2013 and 2019. The level of effort and the expense required to safeguard rhinos continues to intensify.

The poaching crisis in South Africa is now poised to grow even more dire because of the financial catastrophe caused by the COVID-19 pandemic. Conservation programs in southern Africa are typically funded by international tourism revenue. Due to the pandemic and associated travel restrictions, most local reserves have lost 70-90% of their conservation funding, which jeopardizes their ability to keep critical intelligence and law enforcement operations in place. It will likely take reserves, and the communities that live nearby and depend on tourism income, years to recover – especially in southern Africa where travel restrictions have halted tourism again just a few weeks ago.

We need to raise $550,000 by the end of this year to keep rhino populations secure and growing. Your gift will help the International Rhino Foundation (IRF) expand anti-poaching operations, provide training and support for rangers and their families, map and disrupt wildlife crime networks, and develop new technologies to protect more rhinos.

And best of all, a generous, long-time IRF donor has agreed to match every gift you make, dollar for dollar, from today until December 31st. For the rest of this year, your gift will go twice as far and make double the impact for rhinos and the communities living with them.

Last spring, as the global pandemic caused country-wide shutdowns and crippled world travel, IRF quickly jumped into action to establish our Reserve Relief Fund. We awarded more than $285,000 in emergency grants to help reserves pay staff salaries and overtime, purchase health and safety equipment, and keep rhino protection units in the field where they are needed. These grants made a huge difference for reserves struggling to maintain the protection and monitoring programs needed to ensure rhinos’ survival.

I have no words. This has come at such an important time for us and we are truly grateful that you have chosen our [region]. [This kind of] funding is so difficult to find and is the single most important thing for us. Without [it] we don’t catch poachers. As simple as that. You can be assured this will go to good use and help save many rhinos. The poaching threat has picked up lately due to more unemployment but I do feel we have made huge headway in the last year. With your support this will continue.

Though IRF and other donors were able to help meet emergency needs for many reserves last year, we still have a long way to go. Rhino poaching in South Africa is conducted by highly-organized, well-funded criminal syndicates that are able to quickly exploit security gaps and weaknesses, including those caused by current financial constraints. We must invest in counter poaching measures during this critical time – in both Kruger and in other reserves holding significant rhino populations – to protect white and black rhinos and the myriad other species that call South Africa home.

We need your help to strengthen anti-poaching capabilities and to ensure that national and regional strategies to counter wildlife trafficking are more effective. By partnering with local organizations to fund critical on-the-ground interventions, we can help South Africa overcome this financial crisis and save some of the world’s most important and most vulnerable rhino populations.

You are vital in our efforts to protect rhinos from extinction. Please consider making a donation of any size today – every donation will be doubled thanks to a long-time IRF supporter.

Thank you for caring for rhinos!

All contributions made through Dec 31st will be doubled – no matter how you choose to give! You can become a monthly donor, donate stocks or securities, make a contribution from your donor-advised fund, donate cryptocurrency or make a purchase from our alternative gift guide.