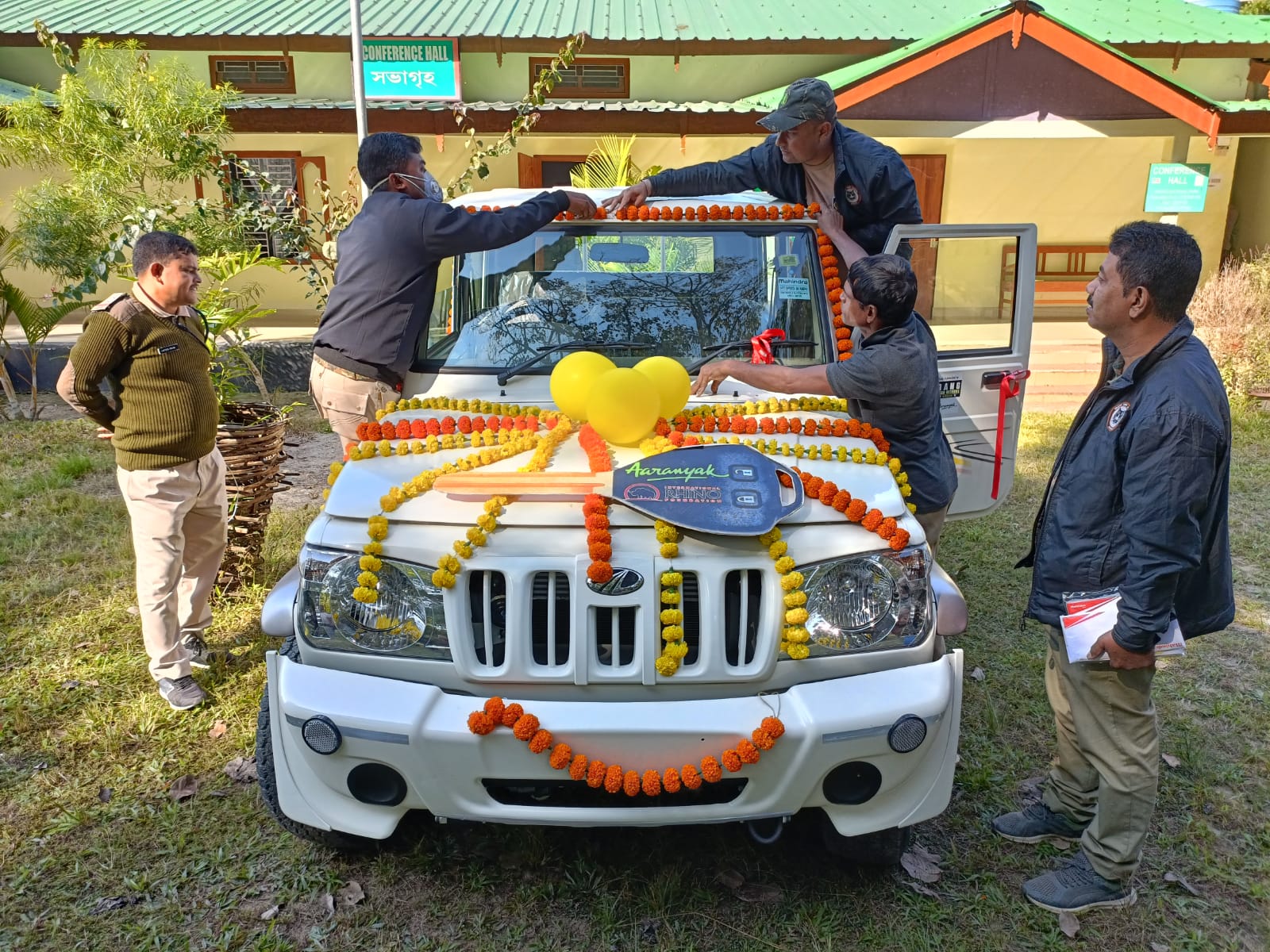 The International Rhino Foundation (IRF) with its on-the ground partner, Aaranyak, recently provided a utility vehicle to Orang National Park in Assam’s Darrang district. The vehicle, a 4WD Bolero Camper, was donated to the national park to support its efforts in tandem with other government agencies to conserve the region’s wildlife resources and habitats.

The vehicle was presented by Dr. Bibhab Talukdar, IRF’s senior advisor for Asia to Pradipta Baura, Divisional Forest Officer of Mangaldoi Wildlife Division in a ceremony. IRF and Aranyak are committed to supporting the Assam government to further strengthen the conservation efforts in Orang. Previously, a speed boat and another 4WD vehicle were gifted to help protect rhinos and other wildlife.

“On behalf of IRF, I would like to thank the forestry officials and the government of Assam for their efforts,” said Dr. Talukdar. “It is because of their collaboration, that the greater one-horned rhino population continues to grow and thrive.”

Photos from the ceremony: