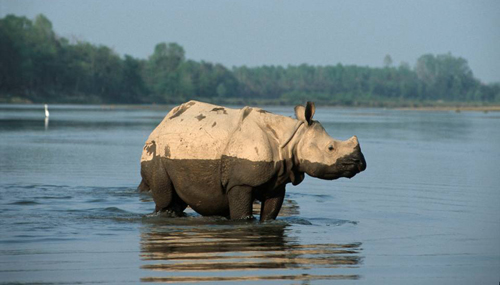 At the beginning of the 20th century, the population of Greater one-horned, or Indian, rhinos had dropped to fewer than 200 individuals – now there are more than 3,500 animals in India and Nepal.

Your support has helped this species recover, but there’s still more work to be done. By making a contribution today, you can help ensure that Greater One-horned rhinos continue to thrive.

Kaziranga National Park in Assam, India, holds about 70% of the world’s Indian rhino population. This is worrisome for two reasons – the park may be close to carrying capacity and the entire species’ population could be decimated by a disease outbreak, natural disaster, or another catastrophe. Poaching is also a constant threat – last year, Assam lost 23 rhinos to poaching. 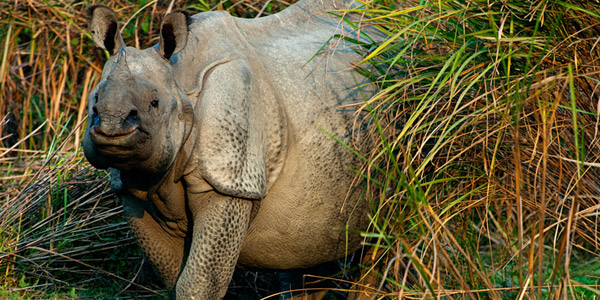 Moving Indian rhinos to new habitats from overcrowded ones will help create a larger, more secure and more diversified population.

With its partners in Indian Rhino Vision 2020, IRF is moving greater one-horned rhinos from overcrowded areas, like Kaziranga, to other protected areas in Assam where they can breed. So far, we have moved 18 Indian rhinos to Manas National Park. Fourteen rhino calves have since been born in the park, including a second-generation calf born just last month.

Successful rhino translocations require months of planning; trucks, crates, medicine and other equipment; and a large team of trackers, monitors, vets and rangers.

Greater One-Horned Rhinos – What Comes Next?

In the coming year, we will move at least two male Greater one-horned rhinos from overcrowded parks to new habitats like Manas to add more genetic diversity to the population.

To increase poaching arrests and prosecutions in Assam, IRF’s Intelligence Specialist has created a network of informants and has built close relationships with local police and communities. Next year we will also conduct hands-on training for police and forest rangers on wildlife law, crime scene investigation, evidence collection, and case preparation.

How Can You Help?