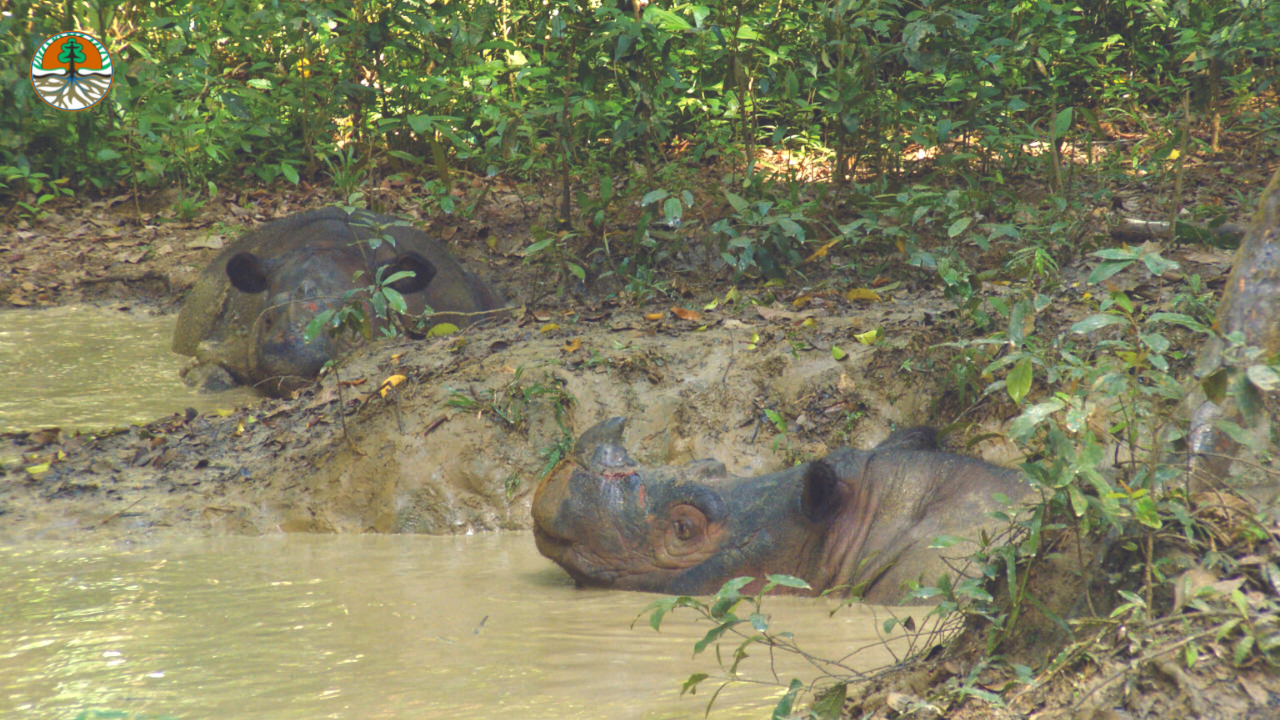 During 2022, The International Rhino Foundation (IRF) has been celebrating the pioneers in Sumatran rhino research and rescue. IRF caught up with Francesco Nardelli who coordinated the first Sumatran rhino conservation project in Indonesia.

Francesco was born in Rome, where he studied classics at Jesuits’ College Massimiliano Massimo and then Natural Sciences at Rome University. He was always interested in wildlife and soon succeeded in establishing his own breeding center for endangered wild cats, including snow leopards, clouded leopards, marbled cats, amongst others.

In 1980 Francesco moved to England, with his animals, to become Curator of John Aspinall’s Howletts and Port Lympne Wildlife Parks, in Kent. There he worked with several endangered species, including the African elephants, western lowland gorillas, and other species.

In 1984, he set off to Indonesia to coordinate the first Sumatran rhinoceros conservation project, where he would remain until returning to Italy in 1994.

When did you first get interested in Indonesia and its rhinos?

During the late 1970s, I visited Indonesia several times. The country was home to most of the mammal species I am interested in. In Jakarta I met with Dr. Wartono Kadri, at that time the Director General of Forest Protection and Nature Conservation (PHPA). We discussed the possibility of starting a captive breeding program for the Sumatran rhinoceros, but talks did not materialize due to absence of sponsors from Italy. The species was at that time already protected (since 1931) by National law, nevertheless numbers were dwindling because of rampant poaching and deforestation.

How did the Sumatran Rhino conservation project begin?

In my early years at Howletts & Port Lympne Wildlife Parks in England, this concept became reality, thanks to the great visionary John Aspinall, who saw the urgency of activating the captive breeding project for the Sumatran rhino. In 1983, just after that a Memorandum of Understanding was signed between John Aspinall’s Howletts & Port Lympne (H&PL) and the new Director General of PHPA, Prof. Rubini Atmawijaja. Widodo Ramono, then an officer at the PHPA, led a field survey in the Gunung Patah area in southwest Sumatra, to look for isolated Sumatran rhinos. Rhino footprints and feeding tracks were sighted.

The project’s first milestone was the Sumatran Rhino Meeting that was held on 3–4 October 1984 in Singapore. It was convened by the Asian Rhino Specialist Group of IUCN’s Species Survival Commission. That “ad hoc” meeting endorsed the Sumatran rhino captive breeding program to capture isolated individuals in areas not protected and targeted for plantations. There was much debate at that first meeting, but we have to remember that at that time, the scenario was new and untried.

What were some of the challenges with the project?

During the Singapore meeting, field researcher, Dr. Raleigh Blouch, pointed out that he had located a few rhinos in imminent danger, within the Torgamba Forest, Riau Province. Palm oil plantations had encroached into the surrounding area.

Of course our targeted area changed rapidly, and time became of the essence. On November 25th, 1985, one year after the Singapore Summit, the first Sumatran rhino was in a specially constructed pitfall trap, safe. He was a male, named Torgamba after the place where he was found. Wildlife capture expert, Tony Parkinson, oversaw trapping the rhinos in the field, and wildlife photographer, Alain Compost, immortalized the event on film.

Who were some of the other partners that were involved in the project?

In 1986, a second agreement was signed between PHPA and the Sumatran Rhino Trust (SRT), a consortium of four American zoos, including Los Angeles, New York, Cincinnati and San Diego. Teaming up with the Trust reinforced the program greatly. Between 1985 and 1993, 17 Sumatran rhinos were captured and safely moved to Indonesian zoos, H&PL, and the four American zoos. The decision to keep the rhinos in separate facilities was taken to avoid possible diseases that might kill all the animals in a short period. Unfortunately, this sadly happened in a Malaysian breeding center a few years later.

From 1984 to 1993, I was the executive director of the Save the Sumatran Rhino project, an initiative of the Indonesian Government, supported by H&PL and the Sumatran Rhino Trust (SRT). I coordinated the efforts of the three stakeholders and improved the methods of capturing and transporting rhinos.

What were some of the lessons learned?

The project had several challenges in the field, including the difficult environment that Sumatran rhinos call home. It was not easy to find and capture the very few elusive rhinos. Although the trickiest activities faced, was probably coordinating the partners, implementing the project, getting permission for the project’s development, and managing the execution of its activities.

Some have labeled this project a failure. I don’t believe this. We have learned so much about Sumatran rhinos since those original captures. Lessons that are still being applied today at the Sumatran Rhino Sanctuary (SRS) in Way Kambas National Park in Sumatra, Indonesia.

We learned that the Sumatran rhino is a selective browser. This was proved when the pair at Cincinnati Zoo began declining due to diet deficiency. When plenty of fig leaves (replacing the hay they were being fed) were transported from California to the Cincinnati Zoo, and became part of their daily diet, they improved considerably. The pair went on to give birth to three calves, two males and a female, in 2001, 2004 and 2007. These were the first ever Sumatran rhinos conceived, born and raised in captivity.

At last, this was the turning point for the Sumatran rhino captive breeding project, an achievement in itself that warrants the removal of the term ‘failure’. Indeed, three more calves were born: a male in 2012, a female in 2016 and a female in 2022, under controlled environment, at the SRS. Eight individuals are thriving at the SRS today, plus one female kept in special facilities in Kalimantan, thanks to that captive breeding project and to the skills of staff at the Cincinnati Zoo and SRS.

What is your hope for the future of Sumatran rhinos?

Conserving a species is a multi-faceted activity, one strategy is often not sufficient. Captive breeding and other strategies should be seen not in lieu of, but in addition to efforts to conserve wild animals. If we maintain the status quo, species like the Sumatran rhino will become extinct despite global commitments to protect them.

It took years understand Sumatran rhino’s diet and breeding habits. Without this pioneering project, we would not be in a position to help rhinos today. We also amassed a lot of information on how to set up such a complex operation. We devised new ways of capture, care, translocation and breeding the Sumatran rhino. Skill and experience are fundamentals for new projects to be successful. The events at the Cincinnati Zoo and later at the SRS are the living proof that the Sumatran rhino can live and be bred in captivity. Six rhinos have been born, and the current rhinos at the SRS are in top condition. Torgamba, the original rhino captured, eventually died of old age.

I believe that Sumatran rhinos, at least for the time being, should be held in structures like the SRS facility and as close as possible to sources of their natural food. I also recommend that efforts to capture isolated rhinos be expedited. Sumatran rhinos need our help. Now.

Francesco continues reading and writing about Sumatran and Javan rhinos and participates in their conservation as a Member of the IUCN/SSC’s Conservation Planning Specialist and Asian Rhinos Specialist Groups.

Images of Sumatran rhinos are courtesy of the Indonesian Ministry of Environment and Forestry.