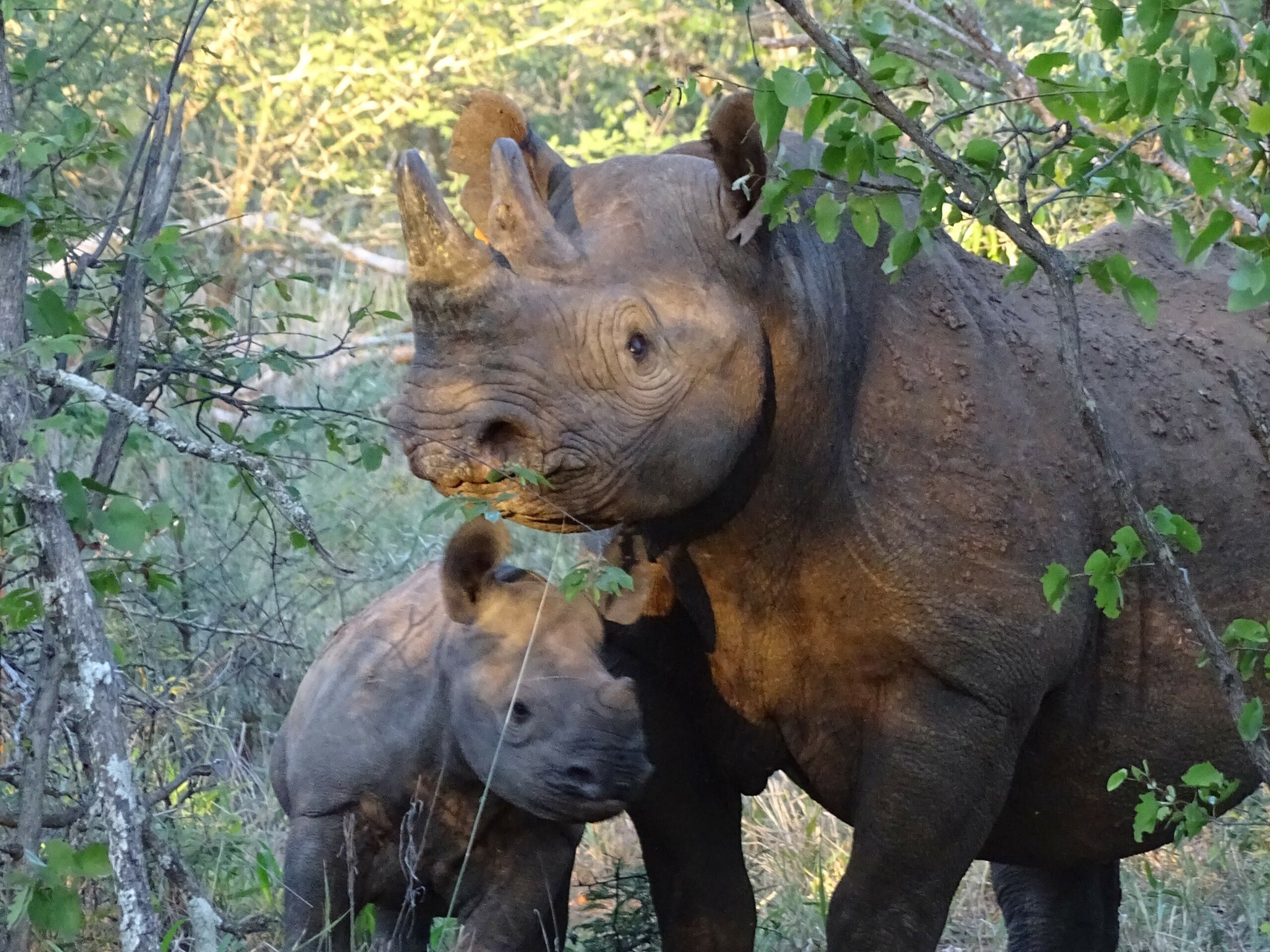 Mabuya, a female black rhino in Zimbabwe’s Lowveld region, was found by rhino monitors, wandering alone and blind. She had been shot through one eye and had a severe ulceration on the other. Sadly, this was not her first brush with a poacher.

Mabuya has now survived four attempts on her life – she has been caught in a neck snare, shot with an AK-47, and lost at least one calf to poachers. During her long life, Mabuya has also been translocated from an area overrun with poachers to a safer habitat, and spent months in a boma being nursed back to health before being released into the wild again. Thanks to a 24-7 rhino monitoring and management program and emergency veterinary care, Mabuya has persevered – and has now reared several healthy calves. Every rhino counts.

Mabuya and every one of her calves have made a huge difference for their species. Three decades ago Zimbabwe, home to the largest remaining black rhino population in the world, faced a wave of rhino poaching that had already decimated formerly large populations to the north. In the 1970s, an estimated 65,000 black rhinos survived in Africa. By 1992, those numbers were down to only 2,500 individuals. Now, thanks to intensive monitoring and management and the consolidation of disparate black rhino populations into larger, secure habitats, the species has rebounded to 5,600 individuals. But black rhinos remain critically endangered – and poachers continue to kill at least 1 rhino a day in Africa.

Today, on Giving Tuesday, we want to thank you for your commitment to rhino conservation. Your support has made a huge difference – especially during the past year when rhino reserves throughout Africa have struggled to keep rangers and security staff employed during a global pandemic that has shut down international tourism and caused huge financial losses.

You have kept rangers in the field and kept rhinos safe. Now, we’re asking for your help again. Many African reserves lost 70-90% of their conservation funding during the pandemic, jeopardizing their ability to keep critical anti-poaching operations in place. It will likely take reserves, and the communities that live nearby and depend on tourism income, years to recover – especially in southern Africa where travel restrictions have halted tourism again, just this week.

Today, on Giving Tuesday, we’re trying to raise $50,000 to launch our expanded African rhino conservation strategy. Can you help?

Two generous IRF board members and a long-time supporter have agreed to match every gift you make, dollar for dollar, today. That means your gift will go three times as far and make triple the impact for black and white rhinos and the local communities living with them.

Please join us today to ensure that rhinos will survive and thrive in the wild. Thank you!