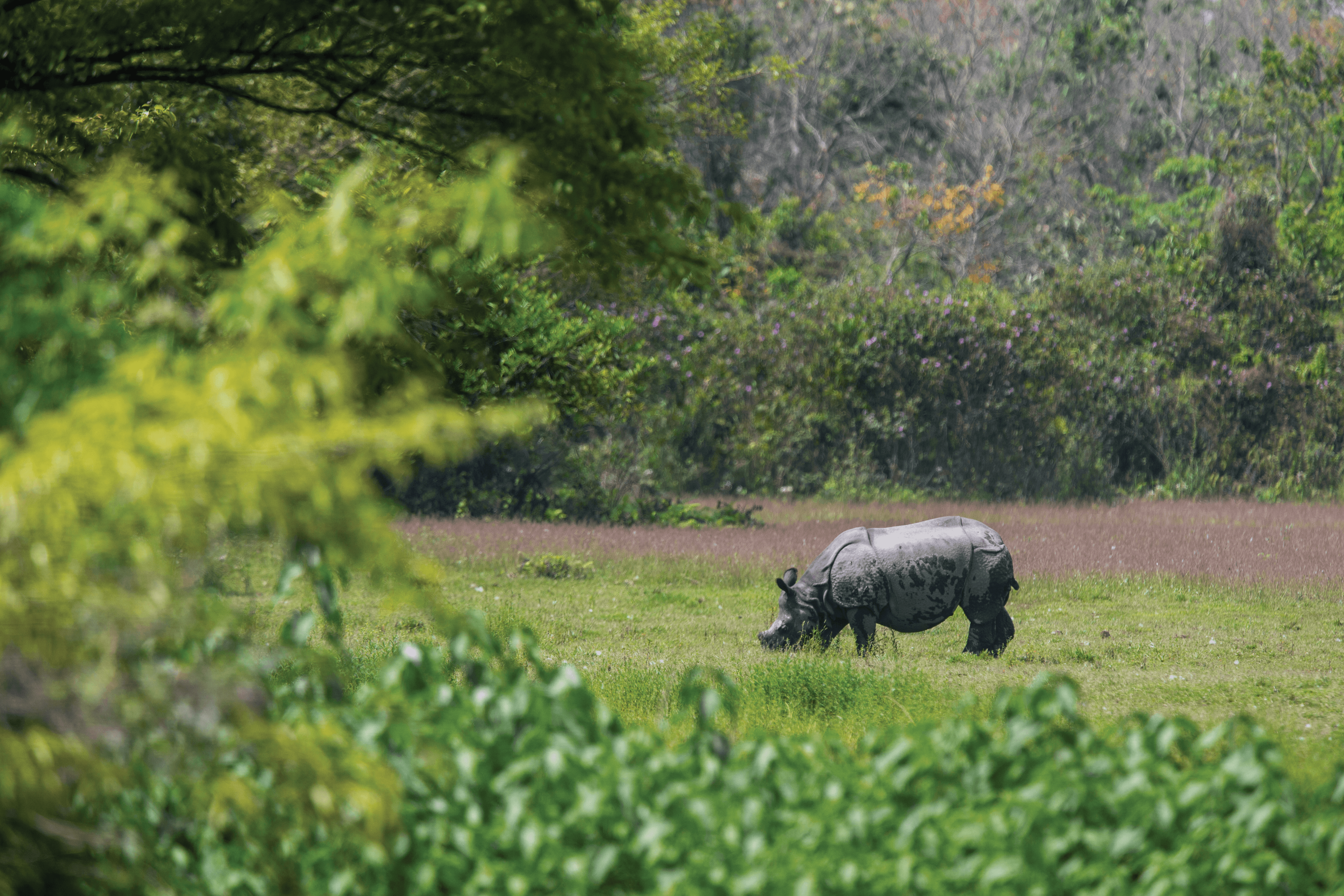 It’s not easy to count every rhino and the International Rhino Foundation’s (IRF) Senior Advisor for Asian Rhinos, Dr. Bibhab Talukdar, knows that firsthand. To count greater one-horned rhinos, census staff spend hours in the field in the pounding sun, swatting away insects while diligently taking notes and staying alert for prowling tigers. Elephants are the preferred way to traverse greater one-horned rhino habitat, where thick jungles, rivers and muddy ponds make it almost impossible to travel by vehicle or foot. In addition to spotting rhinos and veering away from tigers, census participants are responsible for recording the location, age group and sex of each rhino, and notes on their physical features and behaviors. It’s no simple task!

Accurate population information is essential to assess threats and determine appropriate management interventions for rhinos. Data from rhino population counts is used to determine which animals should be translocated to different areas to establish new populations, where habitats need to be improved, and when more intensive security is required to safeguard rhinos.

Earlier this year, the greater one-horned rhino census in Nepal identified 752 rhinos, an increase of 107 rhinos from the previous survey in 2015. While this news is encouraging for the species, four rhinos were poached in the region after a four year reprieve, and several more rhinos died from potential toxic effects of eating invasive plant species. Last month, IRF launched a new initiative to keep Nepal’s greater one-horned rhino population growing  — and we need your help.

You are vital in our efforts to protect rhinos from extinction. Please consider making your a donation today – every donation will be doubled thanks to a long-time IRF supporter.

One of the most significant landscape-level threats to greater one-horned rhinos is the prevalence of invasive plant species, which choke out native rhino food plants and limit the amount of habitat available for rhinos and other wildlife. IRF collaborates with partner Aaranyak and local community members to remove invasive plants from Manas National Park, India, where around one-third of the rhinos’ grassland habitat has already been taken over by invasive species. Over the past year, local community members successfully restored 50 acres of prime rhino habitat.

With your support, IRF is expanding our habitat management efforts to Nepal where invasive species are threatening greater one-horned rhino health and habitat. We will work with a local NGO, the National Trust for Nature Conservation (NTNC) to restore rhino habitat in Chitwan National Park, home to the second largest population of greater one-horned rhinos in the world. Grasslands in Chitwan’s alluvial floodplains provide excellent habitat for rhinos, but this prime habitat is gradually shrinking due to alien invasive plant species. NTNC will hire local workers to remove invasive species from 625 acres of grasslands over the next two years.

We need your help to raise $550,000 to support our habitat management work and other vital rhino conservation programs in Asia and Africa. And best of all, a generous, long-time IRF donor has agreed to match every gift you make, dollar for dollar, from today until December 31st. For the rest of this year, your gift will go twice as far and make double the impact for rhinos and the communities living with them.

IRF is counting on you to continue and expand our rhino conservation efforts. Every donor counts and without you, this work is not possible.

Thank you for your generosity and continued support!