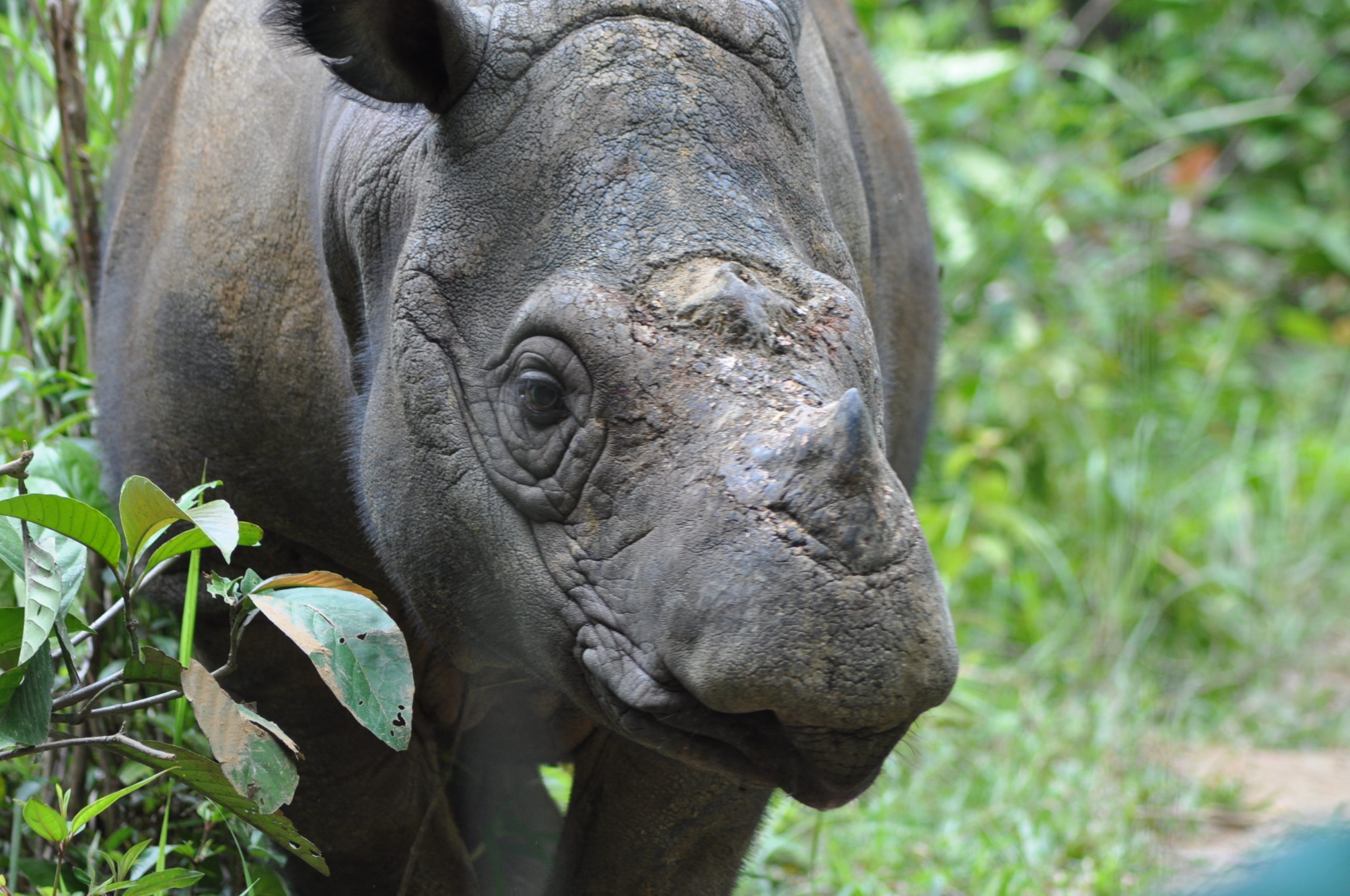 Andalas made history on September 13, 2001 when he was born at the Cincinnati Zoo. He was the first Sumatran rhino born in captivity in more than 100 years. His name is an ancient Indonesian word for the island of Sumatra.

Andalas’ parents, Emi and Ipuh, were part of an international breeding program developed to increase the population of the Critically Endangered Sumatran rhino – now numbering no more than 80 individuals.

Once he was fully-grown, the Global Management Propagation Board for Indonesian rhinos recommended that Andalas be moved to the Sumatran Rhino Sanctuary (SRS), a 250-acre complex located within Way Kambas National Park in south Sumatra. Take a look back at his arrival in Sumatra.

At home in the SRS, Andalas now weighs over 1,700 pounds and loves his life in the jungle. He enjoys making his own mud wallows to cool down, and forages for plants and twigs himself, rather than always waiting for his keepers to feed him.

Andalas is father to two rhinos at the SRS, both with Ratu. On June 23rd, 2012, Andatu was born – the first Sumatran rhino born in an Asian facility in 124 years. Delilah was born on May 12, 2016 – the second Sumatran calf born at the Sumatran Rhino Sanctuary.

Rhino experts from around the world and Indonesian government officials agree that the only way to bring the Sumatran rhino back from the brink is to relocate them to managed breeding facilities designed specifically for their care and propagation.

Andalas represents the first step in a multi-year strategy to quickly and safely increase rhino numbers, creating a source population from which animals can someday be reintroduced into the wild.

A remarkable ambassador for his species, help us wish the big guy a very happy birthday. You can support the care and feeding of Andalas and the other Sumatran rhinos at the SRS by symbolically adopting him or make a gift to the Sumatran Rhino Rescue.