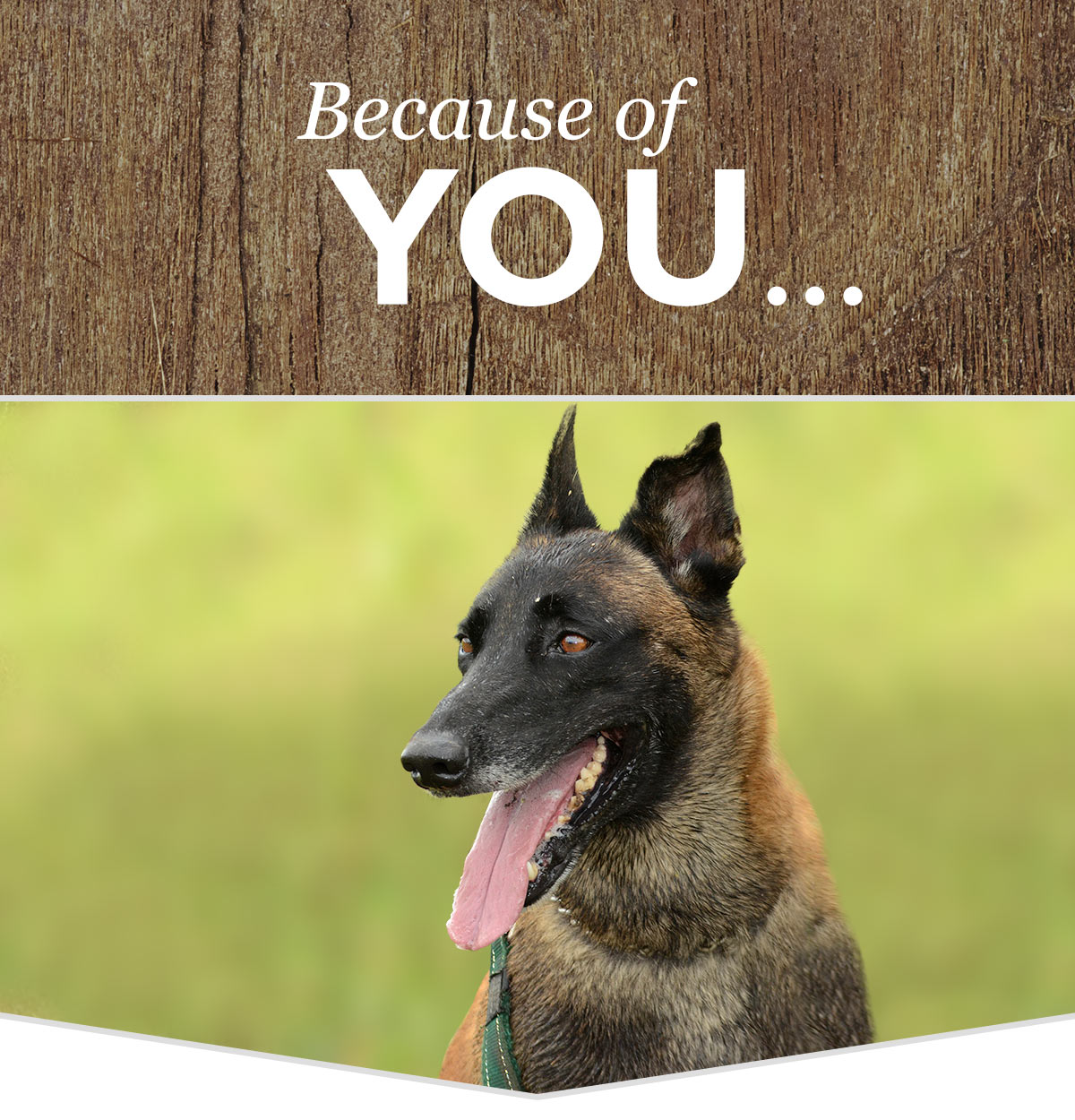 Rhino dogs are hard-hitting, frontline soldiers in the fight to save rhinos. They’re loyal, agile, tenacious and brave — and they work their hearts out for food and affection.

A well-trained dog and its handler are powerful weapons against wildlife crime. Dogs use their superior senses of smell and hearing, eyesight, and agility to sense and do things that people can’t. As poachers become more lethally armed, dogs provide vital early warning and safety systems for rangers and handlers. Their keen sense of smell and ability to track over long distances, in some cases for up to 48 hours, make them invaluable. Some rhino dogs are also trained to attack suspected poachers, biting and holding them while their handlers disarm and arrest them. 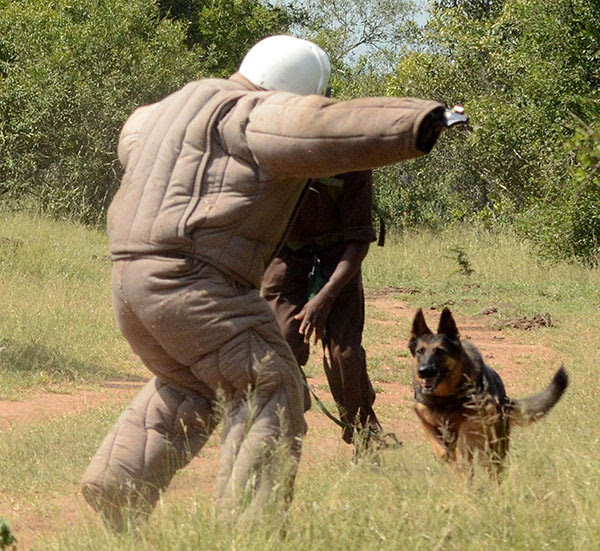 Sometimes, while poachers are cutting off the horn of a downed rhino, the rest of the poaching gang waits to ambush field rangers responding to the incursion. Because dogs and their handlers have such an intense bond, handlers notice every nuanced sign that their dog gives while tracking. Raised ears or hackles can be the first warning that poachers (or rhinos) are nearby.

IRF is partnering with South Africa’s StopRhinoPoaching.com to provide dogs trained to track poachers by following their scent in the bush, protect handlers and rangers, detect ammunition (which poachers often stash prior to a poaching event), and locate the horns of poached rhinos at road blocks and security check points.

Rhino dogs are critical in the fight to save Africa’s rhinos. Please help the IRF put more of these four-legged rhino defenders to work.

Every gift, large or small, helps.

Every gift helps us do more.