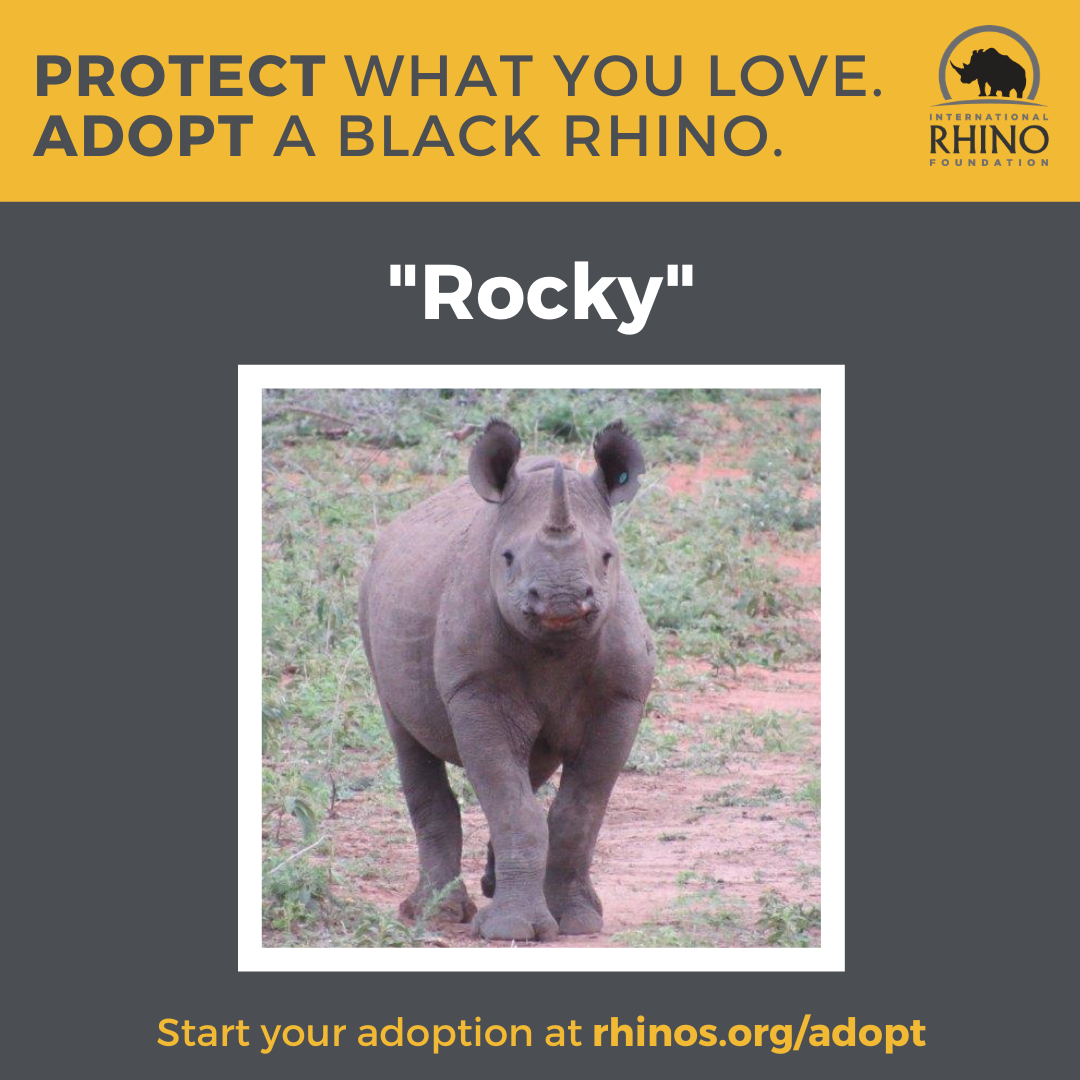 Black rhinos are tough. Black rhino populations declined by an estimated 98% between 1960 and 1995, with numbers bottoming out at approximately 2,400 and losses mainly attributable to poaching. The population has slowly been recovering, despite consistent poaching pressures. In 2020, the population grew slightly to around 5,600.

Poaching incursions rarely has a happy ending. However, thanks to quick actions by the International Rhino Foundation’s (IRF) on-the-ground partner in Zimbabwe, Lowveld Rhino Trust (LRT), monitoring teams, several black rhino calves have been saved and returned to the wild.

Orphaned when poachers kill their mothers, young calves will not survive. Monitoring teams quickly arrive at the crime site and use their experience to track down a missing calf. If injured, the team will call in veterinary teams to immobilize and treat wounds.

Care is provided for the orphans in specially constructed bomas. All orphans from rhino populations where we work are raised under a controlled system by the Bubye Valley Conservancy to minimize human habituation and dependence, so they can successfully integrate into the local rhino population.

When the orphaned rhino is recovered from injuries and strong enough to survive, it is released back into the wild. Rhinos are often outfitted with a tracking device, and monitoring teams continue to track then as they make this transition.

In 2019, five orphaned rhinos were released back into the wild. Rocky was one of the next generation that got a second chance. Orphaned and badly injured at just 8 months old, Rocky was named for his fighting spirit as he was nursed back to health by this team of dedicated conservationists.

Sadly, Rocky’s story is not unique. Rhino calves are orphaned all too often by the ongoing poaching crisis. By adopting a black rhino like Rocky, you help purchase antibiotics and other care to rehabilitate a rhino, food and care in the boma to make a rhino strong, as well as monitoring teams that help keep a rhino safe.

Rocky is a great ambassador for his species. He is a wonderful success story on his own, but he is already showing he has a big heart for others like him. Rocky was visiting the latest rescue, Pumpkin, secretly at night. When she was recently released, her spoor was found near his. You can view Pumpkin’s full story on our YouTube channel.

It is likely that they will join up and live together, both finding the company they craved at last since tragically losing their mothers to poaching.

Adopt a black rhino like Rocky and help write the next happy ending.