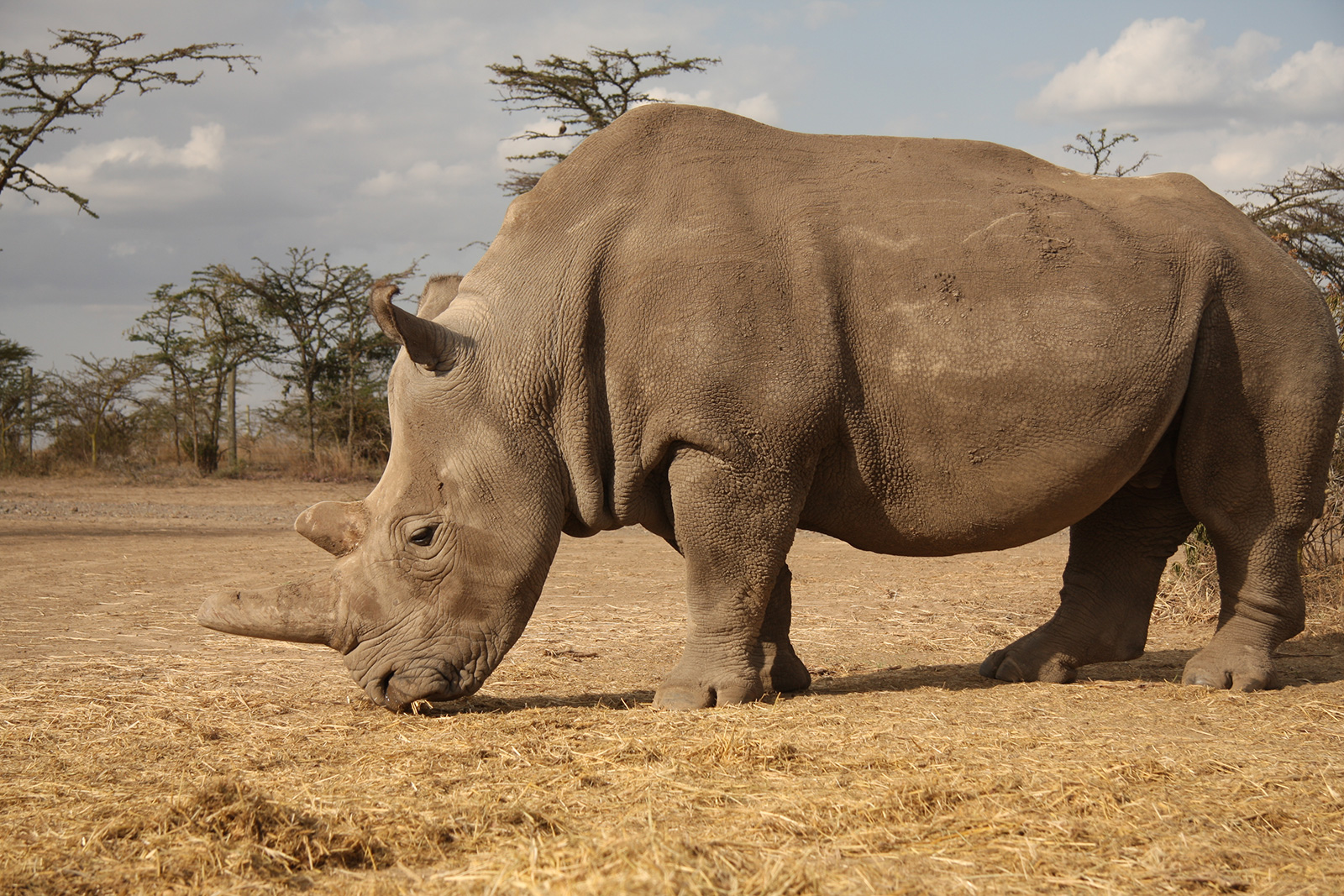 The International Rhino Foundation is deeply saddened by the loss of the last male northern white rhino, Sudan, on Monday at Ol Pejeta Conservancy in Kenya. The death of this animal also has larger implications for rhinos and other wildlife species across the globe, and brings a tragic reminder that systematic poaching that led to the demise of the northern white rhino in the first place is continuing to decimate African rhinos across the African continent. This is yet another wake-up call. This subspecies is going to go extinct before our eyes. And it could foretell the future for other rhinos, like the Javan and Sumatran rhino, which exist only in tiny populations of fewer than 100 in Indonesia.

The International Rhino Foundation began intensive involvement with northern white rhino conservation in 1995, investing millions of dollars in an attempt to save the subspecies. After more than a decade of intensive engagement in Garamba National Park in the Democratic Republic of Congo, we watched the last stronghold for wild northern white rhinos deteriorate into a major conflict zone. The park suffered from repeated incursions from the janjaweed militia and later the Lord’s Resistance Army, with large scale poaching of rhinos and elephants to feed the illegal market in Asia. In 2005, we made the difficult decision to close our program because it was no longer safe for our staff to work in the park.

Later that year, we worked with partners to plan an emergency translocation of five northern white rhino from Garamba National Park to a sanctuary in Kenya. Ensnared by political and local and national divisions, the translocation eventually was cancelled. In 2008, some of the world’s best rhino trackers were unable to confirm the existence of any rhino in the park. Eight captive animals were all that remained – and they were either geriatric or had reproductive tract problems or both.

The only option left for the northern white rhino, and it still is a long-shot, is preserving the subspecies’ genetic material and utilizing it in advanced reproductive technologies. Two scientific groups, from San Diego Zoo Global in California and the Leibniz Institute for Zoo and Wildlife Research in Berlin, are working to transform cells from living rhinos (and frozen genetic material) into gametes and then to use in vitro fertilization to create embryos which can then be transplanted in to southern white rhino females. Sadly, these methods are unlikely to be worked out before the last representative of the northern white rhino subspecies is gone.

Even so, these methods will never fully re-create the subspecies – the best that can be hoped for is that the critical genes that allowed the northern white rhino to adapt to ecosystems in its historic range can be preserved. And that, at some point, existing northern white rhino genetic material can be crossed with southern white rhinos to produce hybrid offspring.

Absolutely, we – the conservation community and international governments – should have attacked the northern white rhino issue more vigorously and much sooner. The fact is, though, that national governments are responsible for conserving their biological heritage. And, if no political will is present, there is only so much that others can do.

The Southern white rhino, the other subspecies, is actually a great conservation success story, being brought back from fewer than 200 animals to more than 20,000 today through proactive measures implemented by committed governments and conservationists in southern Africa.

While the loss of Sudan is incredibly tragic, we have not lost the white rhino. The northern white rhino is a subspecies, not a full species – and it actually has been functionally extinct for at least a decade.

The International Rhino Foundation firmly believes that working with any species we need to maximize our options and minimize our future regrets. We need to tackle the challenge facing rhinos using multi-faceted approaches and working collaboratively with like-minded individuals and institutions.

What we must ensure now is that the fate befalling the northern white rhino is never repeated again.