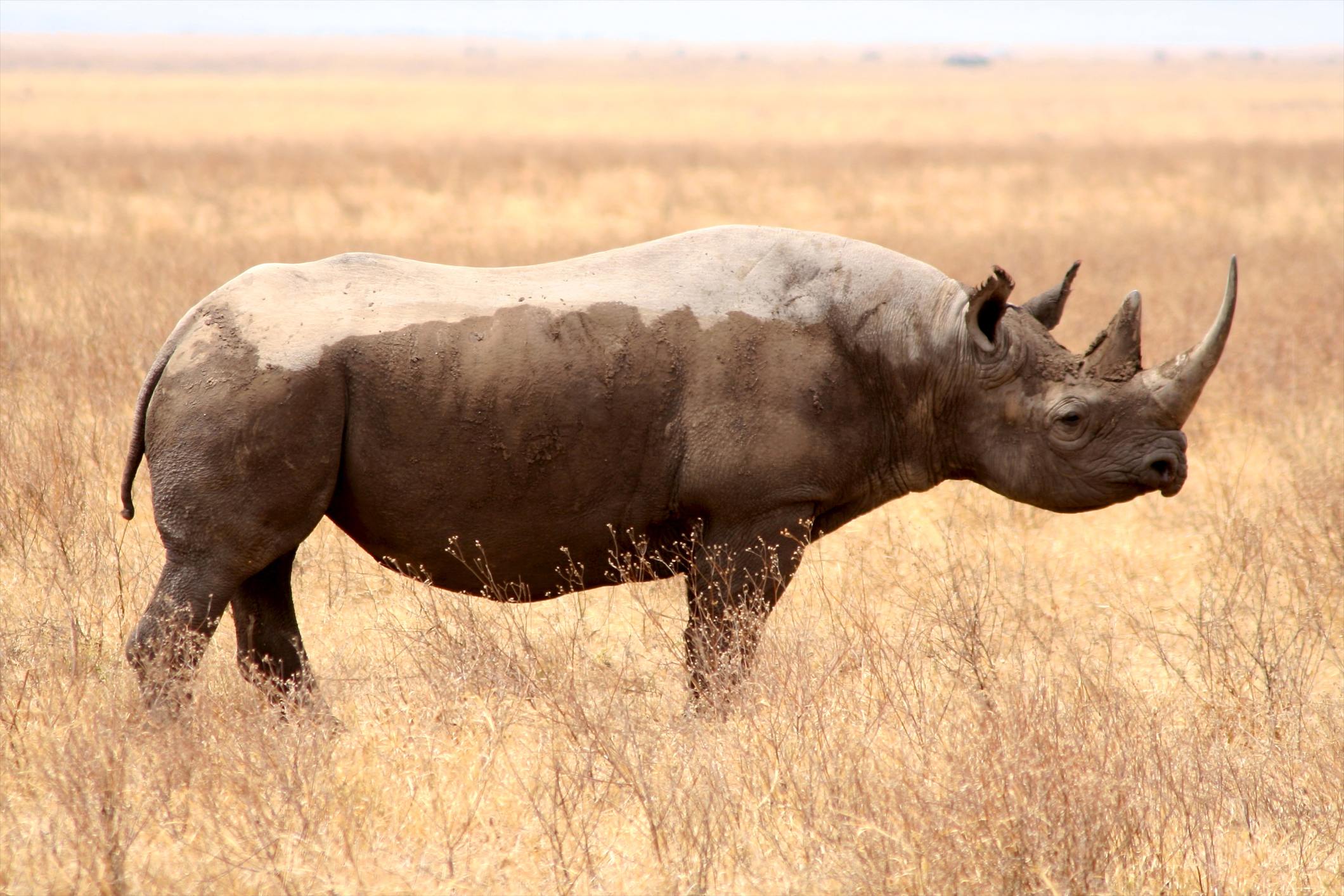 Strides In Assisted Reproductive Techniques for Rhinoceros: What do they Signify?

There is no easy answer for ensuring the survival of critically endangered rhinoceros species.  The International Rhino Foundation (IRF) believes we need to maximize options and minimize regrets, tackling the myriad of challenges facing rhinos using multi-faceted approaches.  Some will fail, but some will succeed.

Beginning in mid-August, media across the world reported that an international team of reproductive scientists, including from Berlin’s Leibniz Institute for Zoo and Wildlife Research (IZW) recovered five eggs each from both remaining female northern white rhinos, Ceratotherium simum cottoni, at Ol Pejeta Conservancy in Kenya. The two females have reproductive tract issues which prevent them from carrying a pregnancy to term.  Working in concert with Avantea, an Italian laboratory, the team matured seven of the eggs in vitro (in a culture dish).  The eggs were then injected with frozen-thawed sperm from two deceased northern white rhino bulls.  Today, the team revealed that two of the eggs grew to early stage embryos. This is a phenomenal achievement – the embryos have been frozen and later will be implanted into a southern white rhino (Ceratotherium simum simum) surrogate.  Other partners include the Kenya Wildlife Service and. Dvur Králové Zoo in the Czech Republic.

We follow these developments with great interest, knowing that there is a long road ahead before these methods are readily reproduceable. In the words of Dr. Terri Roth, Director the Cincinnati Zoo & Botanical Garden’s Center for Conservation & Research of Endangered Wildlife (CREW) and IRF Vice President for Asia, “It’s a long path from developing a berry-like cluster of cells in a Petri dish to having a herd of healthy rhinos on the ground.”

The team also established embryonic stem cell lines from the blastocysts, which were later frozen.  (A stem cell is a cell that has the potential to develop into many different cell types in the body during early life and growth.)  Conservation geneticists at the San Diego Zoo’s Institute for Conservation Research in collaboration with theCenter for Regenerative Medicine at the Scripps Research Institute also are carrying out groundbreaking research, recently turning rhino stem cells into beating cardiac tissue.

The IRF applauds the efforts of all of our colleagues working on Assisted Reproductive Technology (ART) and conservation genetics for rhinos. We also wish to note the importance of keeping these recent accomplishments in perspective, particularly for a subspecies that is functionally extinct. Attempting to use ART to try to “bring back” the northern white rhino is a complex, highly difficult endeavor, and creating early stage embryos is but the first step on a long journey.

Recovering immature eggs and maturing them in vitro is a difficult task in itself, particularly when eggs are being recovered from females with reproductive issues. The next step, injecting the eggs with sperm and allowing them to develop into early stage embryos and placing them into the uterus of surrogate is also complicated. Developing a viable pregnancy and having the surrogate carry it to term with a successful delivery is another hurdle.

Once it is reliable, ART may play a vital role in securing the future for rhino populations.  There recently have been other important ART advances for rhinos.  In July, scientists at the San Diego Zoo’s Institute for Conservation Research produced a southern white rhino calf using frozen semen and artificial insemination (AI).  In May, reproductive scientists from the South East Zoo Alliance for Reproduction and Advanced Conservation (SEZARC) induced ovulation in a greater one-horned rhino (Rhinoceros unicornis) and used AI to produce a calf at Zoo Miami.  In 2014, the Cincinnati Zoo & Botanical Garden’s Center for Conservation & Research of Endangered Wildlife (CREW) and the Buffalo Zoo in New York, produced a greater one-horned rhino calf using AI with the sperm of a deceased male who never contributed to the gene pool of the species during his lifetime.  These are but a few of the more recent achievements; we encourage reading Pennington and Durrant’s historical review of rhino ART efforts in Mammal Review and the Nature article referenced above for more information.

The IUCN declared the northern white rhino, a subspecies, “possibly” extinct in the wild in 2011. There have been no reported live sightings of any individuals since 2006, and an intensive, systematic, ground search by skilled trackers in 2008 found no sign. Southern white rhinos, the other subspecies, represent a true conservation success story; dedicated government and private efforts brought the subspecies back from fewer than 50 in the early 1900s to roughly 18,000 today. The current population, the majority of which lives in South Africa, is once again in decline and at serious risk from poaching.

The conservation community and international governments should have attacked conserving the northern white rhino more vigorously much earlier – certainly before only a handful were left in captivity. The IRF spent millions of dollars protecting the northern white rhino in Garamba National Park in the Democratic Republic of Congo but, despite protection, the species was lost when the Park became a conflict zone and we had to pull out to ensure the safety of our staff. Governments in range states are responsible for conserving their biological heritage, but if no political will is present, there is only so much that outside stakeholders can do.

If and when northern white rhinos are successfully created, inevitably there will be issues over where to locate them – the countries in which they perished are still in conflict, and invariably, there is an ongoing poaching threat, making repatriation improbable. There also are complex ethical issues to be resolved: should we “re-create” a subspecies that has gone extinct?  Furthermore, the initial attempt at maintaining an ex situ breeding population failed, which begs the question, what will we do different to make sure the next effort succeeds?

Finally, ART work is exceedingly expensive. Some argue that funding at the level that has been raised for the work with northern white rhinos could be used for field conservation. However, we do not believe that the donors are in all cases the same; thus, the funding being used to support ART work is likely not competing for funding that would be available for in situ rhino conservation.

Application to Other Rhino Species

All five rhinoceros species are in peril, with four of the five (with the exception of the white rhino) listed as threatened on the IUCN Red List of Threatened Species.  The most critically endangered species, the Sumatran rhino (Dicerorhinus sumatrensis), numbers fewer than 80 individuals scattered in four fragmented locations in Indonesia.  Our hope is that critically endangered rhino species may someday benefit from this work, and that perfecting ART methods with the non-threatened white rhino may help them in the future.  But it’s also very possible that the technology, which could contribute to increasing numbers very slightly in the big scheme of things, may not be in place in time to contribute to increasing Sumatran rhino numbers either; the species is declining precipitously despite in situ protection and some success with natural breeding in captivity.

Nevertheless, efforts to continue developing ART should definitely move forward.  No species has been saved by “high tech” approaches alone, but such technologies have proven valuable when integrated with natural breeding and protection of wild populations.  To-date, as described by in a paper by Howard and colleagues in Animal Conservation, the black footed ferret (Mustela nigripes) is the only species where AI (with frozen sperm) has been used for genetic restoration.  However, because there are no wild northern white rhinos left and the two still alive cannot reproduce naturally, it would be a long time, perhaps two decades, before enough rhinos could be created to form a viable population – Population Viability Analysis has shown that populations of fewer than 15 rhinos are not viable.

There is no easy answer for ensuring the survival of critically endangered rhinoceros species – but we do need to tackle the myriad of challenges they face using multi-faceted approaches.  ART is one of the developing tools in the toolkit.