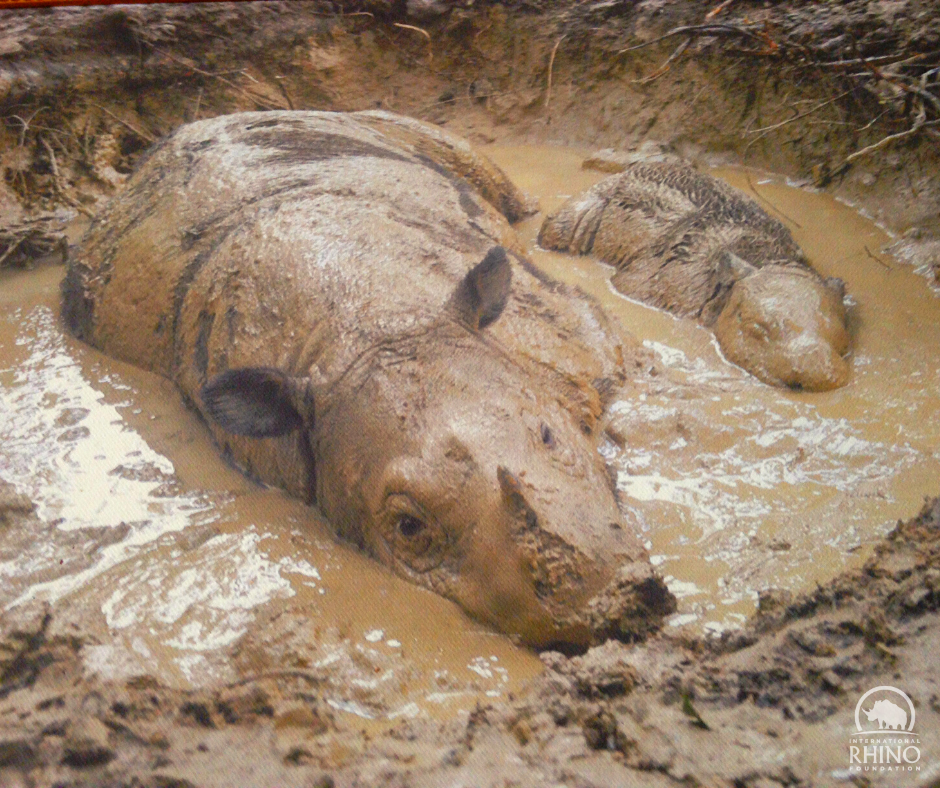 Bambang Meiyono joined the RPUs in Way Kambas National Park in Sumatra in 2000. He applied because he needed a job at the time, but after 20 years of service, he has come to realize how special it is to be an RPU member.

He enjoys all of the activities of the RPUs, but his favorite experience was being able to participate in the arrest of a suspected poacher. “The RPU is a great team and the work we do in protecting the Sumatran rhino is important,” he says.

Bambang is married and finds being away from his family for 15 days at a time difficult. However, he tells them his job is “amazing” and “worthwhile.” He has seen a wild Sumtran rhino on five separate occasions while out on patrol. His favorite encounter was when he was able to film a mother and her one-week old calf at a wallow on his mobile phone.

2020 marks the 25th anniversary of the Rhino Protection Units (RPUs). The RPU program was established on August 31,1995 and is the frontline protection for Indonesia’s critically endangered rhinos in Java and Sumatra. IRF conducted interviews in the field of RPU members and will be posting a series to the blog to mark the milestone. Next, we’ll be visiting with the Javan Rhino Protection Units of Ujung Kulon National Park.