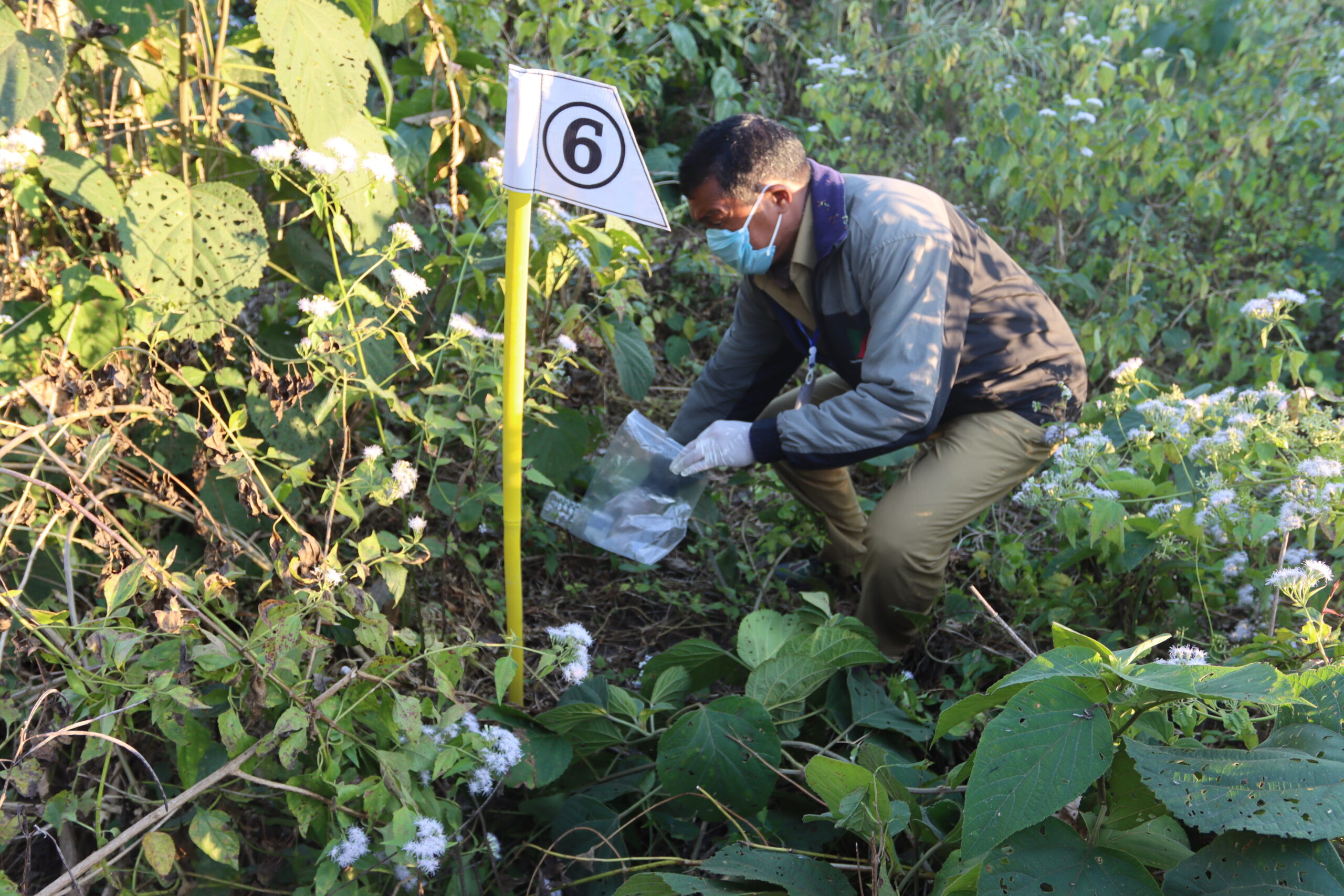 Rhino poaching in India, and throughout the world, is conducted by highly-organized, well-funded and heavily armed criminal syndicates who are constantly looking for new ways to capitalize on security gaps and weaknesses. To deter poachers, reserves must become “hard targets” for them to exploit – with intensive rhino monitoring, advanced security systems, and successful investigation and prosecution of poachers.

You can help ensure that wildlife criminals will be found, arrested and prosecuted by purchasing an Investigative Kit for forest guards in India. Each kit costs $500 and includes all the equipment officers need to investigate a wildlife crime scene and collect evidence that will be legally admissible in a court case.

IRF has created the Investigative Kit in response to direct requests from forest guards who have participated in our wildlife crime investigation training.

The Investigative Kits will provide all the necessary equipment and forms officers need to put the lessons they’ve learned into practice and follow legal procedures for crime scene investigation, evidence collection, and preparation of cases, including:

By purchasing an Investigative Kit for forest officers in India, you can make an immediate difference in the fight against rhino poaching and other wildlife crimes, and help to ensure that wildlife crimes are successfully investigated and prosecuted.