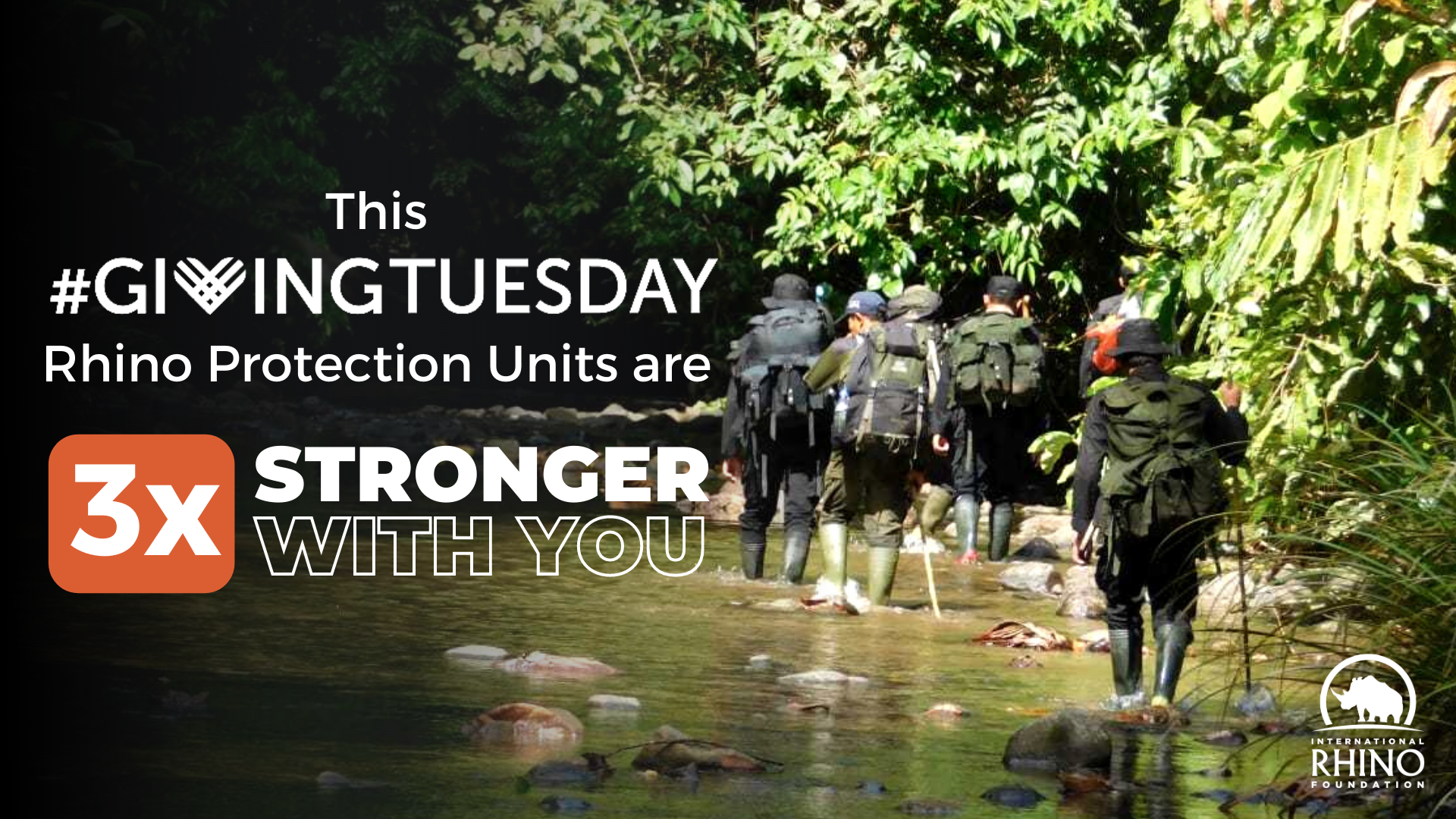 Tomorrow, December 1st, the International Rhino Foundation will celebrate Giving Tuesday, a national day of generosity. We’re delighted to announce that your gift will go three times as far on Giving Tuesday, making a big impact for rhinos and the local communities working to protect them during this incredibly challenging time.

For more than twenty years, Javan rhinos in Ujung Kulon National Park (UKNP) have been safe from poachers. There are now 74 roaming the park.

For more than fifteen years, Sumatran rhinos in Way Kambas National Park have been safe from poachers. There are also fewer than 80 left in the world.

While those numbers are low, and precarious, imagine what the population might be if Rhino Protection Units (RPUs) were not patrolling through Indonesia’s steamy, dense rainforests on a daily basis. These concerns could become a reality due to funding gaps brought on by the impact of the COVID pandemic.

The program began on August 31, 1995 and celebrated its 25th year in 2020. RPUs not only patrol for poachers. They also perform vital monitoring activities, documenting rhino tracks or other signs encountered and any human disturbance to habitat encountered. They also remove snares and other dangers to wildlife encountered on their treks.

Members joined because they have a passion for wildlife conservation and understand the importance of Sumatran and Javan rhinos to Indonesia. Their favorite thing about the job is seeing or hearing a rhino while on patrol.

“Being RPU is honor for my family and they are proud of me,” said Endin, an RPU member in UKNP for 12 years.

The dedicated individuals of the RPUs and their efforts to protect and monitor the critically endangered rhinos of Indonesia are in need of your support today.

A long-time IRF supporter has already agreed to match every gift made until December 31st, and now, another generous donor has added a second match for Giving Tuesday. Your donation tomorrow will help fund one RPU unit for all of 2021.